No, we’re not in Labrador

Soon after our move to Arviat, Nunavut, my wife was on the phone to our insurance company back in Newfoundland. Before our move, they had assured us that it would be no problem to transfer our renter’s insurance policy to our new apartment in Nunavut. Now that we were moved in, we were ready to make the switch. From what I overheard, the conversation went something like this.

“So your current address is?”

My wife gave her the lot number of our house, which is used instead of street addresses throughout Nunavut.

There was a pause that I could hear from across the room.

“And where exactly in Labrador is that?” asked the insurance agent.

After explaining exactly where we were, we learned that the insurance company doesn’t offer coverage in Nunavut. We were transferred to the company’s office in Alberta, who we were assured handled their insurance policies in the north.

There was another ominous pause.

“And where exactly in the Northwest Territories is that?”

Since moving to the north, we’ve come across this problem several times. A surprising number of Canadians, it turns out, have no idea what or where Nunavut is.

History of the north

The knowledge of southern Canadians (meaning people from the Canadian provinces) about the north is often limited to the romanticized European perspective: polar exploration, the search for the north-west passage, the fur trade, and stories of the gold rush in the land of the midnight sun. More recently, it has included mining and oil exploration and an increasing attention to arctic sovereignty and resource management as worldwide climate change makes access to the north easier.

Canada’s native people are often lost within these southern perspectives. The Inuit people (along with other native groups, such as the Dene) have lived in Canada’s north for thousands of years, and it is impossible to get an accurate understanding of the north without understanding the lives, history, and culture of its native inhabitants. It was this struggle by the Inuit people for recognition and control of their land that led to the creation of Nunavut.

The problem was that this left one territorial government in control of a huge area with a scattered and diverse population. Power was concentrated in Yellowknife and Ottawa, and the needs of the Inuit people were not adequately addressed. In the decades after the Second World War, there was a growing movement by aboriginal peoples across Canada, including Inuit, to have their land rights (or in some cases, their very presence) recognized by Canadians and their government. Furthermore, Inuit people sought to regain political control of their traditional lands from a distant government which often neglected the needs and realities of Canada’s north. This movement would eventually result in the creation of Nunavut as a separate territory.

The Creation of Nunavut

Anybody living in Nunavut, regardless of their ethnicity, is of course eligible to vote and run for office. But unlike the old Northwest Territories, Nunavut is comprised of approximately 85% Inuit, which ensures that Inuit have a dominant voice in how their land is managed and how both their challenges and opportunities are addressed. This allows the Inuit much greater political control over their traditional homeland. It is no coincidence that the division of the territories is not only by Inuit/European majority, but also by land type. While the Northwest Territories is largely below the tree line and composed of boreal forests, Nunavut is almost entirely above the tree line and composed of arctic tundra.

The creation of Nunavut was…an impressive feat of political activism which resulted in about one-fifth of Canada being returned to the control of its native people.

The tundra is the traditional home of the Inuit, and this is reflected in the name of the territory. Although Nunavut territory is relatively new, the word ‘Nunavut,’ is much older, and has traditionally referred to the Inuit land for thousands of years. ‘Nuna’ means land, while the suffix ‘vut’ means our, so ‘Nunavut’ means ‘our land’ or ‘our home.’ The root ‘nuna’ is evident throughout much of northern Canada, including Nunavik, meaning ‘place to live,’ referring to the Inuit-populated northern portion of Quebec, and Nunatsiavut, meaning ‘our beautiful land’ which refers to the area of Labrador inhabited by the Inuit.

The creation of Nunavut was the first change in the political map of Canada since Newfoundland became a Canadian province exactly 50 years earlier, and was an impressive feat of political activism which resulted in about one-fifth of Canada being returned to the control of its native people. In the words of one writer, it represented “the winning back by a numerically small and scattered hunter-gatherer population of their ancient territory under modern European constitutional and legal systems.” (Dahl et al, p. 15). For the Inuit, it means that direct control of their land is no longer vested in Yellowknife or Ottawa.

That doesn’t mean that Nunavut’s 35,000 people don’t have challenges. The territory faces major political, economic, and social problems, and is heavily dependent upon financial support from the federal government. But climate change and an altering arctic reality means that economic development and political pressure is all but certain. It is appropriate that Inuit will have a voice in how their resources are utilized and encouraging that they have the power to continue to be stewards of the land, their home. 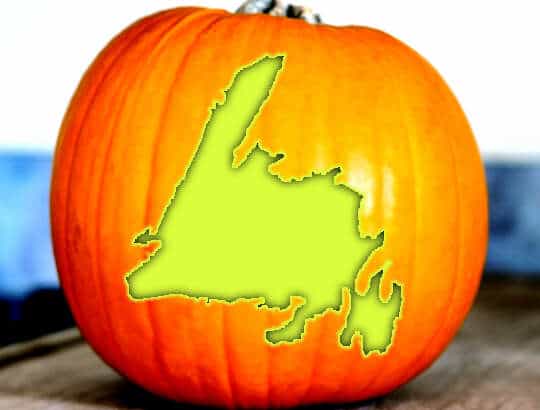