Nowadays, being from Newfoundland is like being some sort of exotic bird.

It’s not just Ed Riche’s 1997 novel Rare Birds that did it. Nor is it Andy Jones’ rendering of the lovable, yet somewhat odd, Phonse character from Riche’s book.

It is, as the award-winning tourism advertisements suggest (many of which air on flights to and from the arguably even more exotic London Heathrow airport), a destination. Newfoundland is a place where you can see whales and icebergs, go back in time, suspend time, listen to Newfoundlanders speak in strange tongues, watch clothes ruffle on clotheslines amid brightly coloured (read photo-shopped) houses, and then top it all off with a nightlife complete with whichever music you choose. Whether it’s Celtic, Irish, hip-hop, reggae, jazz, indie-rock, we have it. Hey, we even have controversial paint-balling boob-flashing nightclubs that are open all night and greased along with rampantly circulating Ecstasy and quintessentially uplifting Jager-bombs.

The stupid butt-of-every-joke “Newfie” is no more. Or, at the very least, this “he” personae has faded into the background of a distant past. Thankfully a diasporic relic. May he never return.

Today, responses to cordial inquiries into our origins are met with roller-coasting intonated “ohs” that end in happily high-pitched question marks. A stark contrast to the flat-lining or downward spiraling “ohs” of pre and post moratorium, perhaps even earlier.

To be from here now ranks high on the cultural currency counter. May we all receive our deserved head nudge and upped belt notch.

But still, some things remain. For all the cultural currency in the world, to be from there does not mean you can be there.

Enter me. An exotic Newfoundland bird now on Baffin Island – Iqaluit to be precise.

My partner has been working here since last fall on somewhat of a fly-in/fly out schedule. Not unlike many male Newfoundlanders.

I took a position here and since arriving at the end of June, I have been to several social gatherings. Each time it has struck me at these gatherings that I am predominantly surrounded by people from Newfoundland.

But then again, this should not be so surprising given our historical geographical labour mobility patterns and our seeming propensity to be eternally mobile.

And, I feel surprisingly at “home” here, wedged in amongst accents with which I am familiar, Francophones with whom I can communicate freely and the Inuit, a people with whom I am not well acquainted, despite a desperate search in my brain for remembrances of teachings from my elementary or high school years. My knowledge gap surprises and shames me, given that Nunatsiavut is located in northern Labrador. Perhaps it is just my memory is bad. I am quickly attempting to catch up, to learn, to trace linkages, to find common ground.

The tundra that surrounds me is not so far from the rocks that I know so well. I have travelled from island to island. Different, yet accented with narratives that, as I see it, share some similarities.

It occurs to me that the temporal synchronicity between the resettlement of the peoples of this land (along with the introduction of a wage-labour industrial economy) and that of our own is uncanny. Both occurred approximately in the mid-20th Century. And, although the circumstances surrounding these events, as well as the subsequent turns of history, are starkly different and in so many ways impossible to compare, I cannot help but wonder about the impacts of being late-comers to so-called modernity in the Canadian federalsphere.

It is only now – nearly 65 years since our tumultuous entry in to confederation – that we have become truly modernized. Now we have paved roads connecting the entire island, beautiful “modern” homes and an educated populace. Our unemployment rate is even going down!

But wait. These roads are littered with potholes, we have an inconsistent and expensive ferry system, and our ailing power generation infrastructure cannot handle the load of these new enormous homes or the multitude of big box stores that seem to have popped up in tandem. Our largely university-educated youth struggle to find employment commensurate with their skill levels as we scramble for more journeypersons and urge men and women alike that yes, yes, trades and college-based education is now worthy of our collective approval.

Modernity is a fickle pickle, a shifting bar of progress indicators that can, at a moment’s notice, become outdated.

We, like our Northern neighbours, have moved from the traditional to the modern. And although our ways of life have changed significantly, we still retain the cultural memory of what used to be before pavement, modern homes and the pressures of “modern” life. I am not one to romanticize but I have to ask: will the wheels of progress continue so that eventually all the exotic birds have to leave?

I for one am thankful that not all of the roads here in Iqaluit are paved. It reminds me that balance is still possible, especially if your progress indicator is pavement. 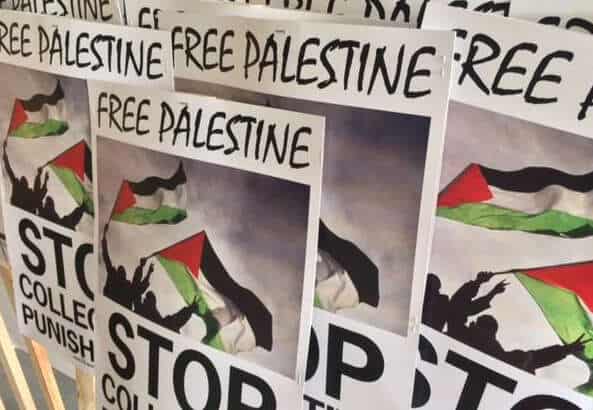 Gaza peace rally Thursday in St. John’s
More and more Canadians are speaking out against the Israeli military's "massacre" of Palestinians, and condemning the Harper Government's unwavering support for Israel