Marine Atlantic has done it again.

The federal Crown corporation is grounding one of its fleet members, the MV Leif Ericson, for now. But not because of a questionable encounter with the wharf.

Officials are citing decreased ferry traffic and increased fuel costs as reasons for putting the Ericson on standby, and cancelling two weekly crossings. It seems as though the decision to increase crossing fees by three per cent has not worked in Marine Atlantic’s favour, not even in a year when icebergs are aplenty and the summer tourism season – a time when ferry traffic is known to rise – is upon us.

But then again, people do not want to pay more for less.

This most recent Marine Atlantic eruption shines light on a myriad of issues in the longstanding strife between corporation and island. I address three here and ask whether this is a sign of things to come.

Inevitably, decreased service means fewer jobs. Fewer jobs in rural Newfoundland are, and always have been, reason for concern. In Port aux Basques and its surrounding communities, Marine Atlantic is an employment anchor – a source of local job security amid a sea of precariousness. It is one of the few employers that can and does offer employment benefits and the possibility of a pension. Although, even that is changing as part-time, seasonal and contractual work becomes the norm here and elsewhere.

Workers, supporters and union officials are voicing their displeasure at the cuts. Of particular concern is the fact that workers were laid off before reporting for their first shift. Did those at the helm not know of looming issues before the latest round of recruitment? Surely this is not a good strategy for employee attraction and retention.

Lost employment is the main reason for protest, along with a demand for increased federal funding to support the service.

But there is more to be worried about.

We have all been there. A trip to the empty shelves at the grocery store reminding us that yes, this is actually an island. Wind and storms halt ferry traffic, and thus food.

Are we in danger of empty shelves now in summer because the Ericson, which handles commercial truck traffic, will be used “when there is enough demand”, rather than crossing every day? Will vulnerable catches of fish and lobster be delayed at the terminal, costing harvesters money if they cannot make it to market?

I have not heard these questions asked, at least not yet, unless they have been subsumed under the highway discourse – that is, this is our most important connection to the mainland; to the wider world and perhaps most importantly, to the economy.

The conspiracy theorist of tenuous provincial-national relations in me, and in many of my fellow islanders, wonders if the Federal Government is prompting yet another attack on Eastern Canada, and Newfoundland in particular. Perhaps this is just another centralized vindictive act of resource squeezing.

Even if it were, we could still only speculate. Truth is fluid for our current federal government. Everywhere and yet nowhere.

The truth of geography is, however, undeniable. For all the oil and gas riches in the world, we are still an island dependent upon the lock of land, and an adjacent nation.

Marine Atlantic reports that each crossing costs anywhere from $15,000 to $20,000 in fuel. Although it acknowledges that traffic decreases are at the hands of increased fees, it also blames rising fuel costs and cheaper air transportation for the lack of automotive travelers.

In Newfoundland and Labrador, so it would seem, fuel is the bane of our existence and yet our cause for celebration.

But what of the environment? The UN Intergovernmental Panel on Climate Change released its latest report in April, with a focus on mitigation. Climate change is undeniable and fossil fuel emission reductions are a necessity. Strong national and sectoral policies are recommended, if not urged. Yet, Canada scores low on its climate change action. Most recently, the Federal Government has banned its meteorologists from publicly discussing climate change. While the Government has argued this is because they are not qualified to speak to the issue, critics say it is Harper denying the very existence of climate change.

And let us not forget, oil, gas and climate change mean money.

At the end of the day, any form of transportation that relies upon petroleum is unsustainable and environmentally damaging. Should we not be considering how else to connect ourselves to the rest of the world, and to finding more environmentally friendly ways to do so? Could this be the promise of new jobs that we need, where few, in fact, are being created?

I am not saying that the environment should or could be used as justification for the cuts. If this were the case, Harper would, in effect, be admitting that climate change does exist.

What I am saying is that while we wait for the ferry and wonder about jobs in rural Newfoundland, we should also be worrying about what lies beneath and what our alternatives might be.

It’s too bad they got rid of those greenhouses. 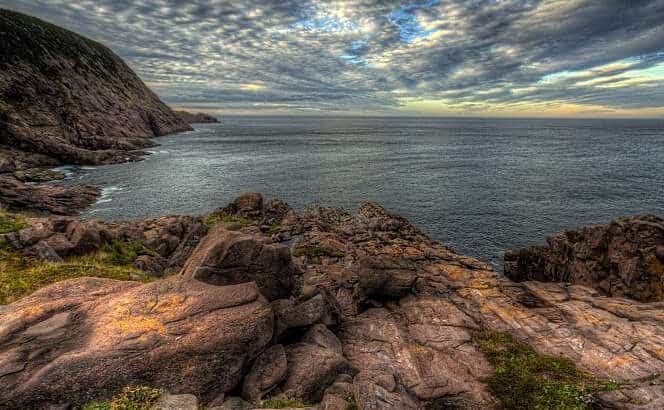