Once again, Newfoundland and Labrador is at the epicentre of what I like to call the moral panic of mobility, or, in this case, population loss. Last week, the Conference Board of Canada released numbers projecting a provincial population plummet of 45,000 people by 2035.

Population decline and the projections thereof are nothing new for Newfoundland and Labrador. With a falling birthrate and an outwardly mobile population (i.e. outmigration has been high) for much of the past 40 years, we are known as the ever-shrinking province. The exception being our more recent past when the population has remained stable and, in the case of more urban locales, increased.

Population statistics, derived largely from Census enumerations, and the now defunct mandatory long-form Census, confirm the extent of the historical shrink and the recent growth. Media frenzies surrounding the release of these numbers contribute to the panic or the celebration, depending upon the year and the circumstances.

With the release of the Conference Board data, panic once again ensues, along with an ample amount of skepticism. We must dig deeper. It is not enough to connect a weak economy to population loss or vice versa, as has been the case historically. These simple associations do nothing to challenge the discourse, the understanding of underlying issues, and their implications. Furthermore, they do nothing to augment the discussion to a new level of interrogation.

The numbers: We must always consider where these numbers come from and how they were collected. How are population benchmarks established? And, in the case of the Conference Board, how are the projections calculated? From the website, none of this is clear. The data are not, it would seem, publicly and freely available. The data source acronyms, which are listed in a rather extensive list, are not spelled out, nor are they further defined. If the average person would like to examine these numbers in more detail, particularly any geographic differences within the province (numbers were only reported for the province as a whole), s/he could not – unless s/he is willing to pay a fee to access the information. As it stands now, unless I have missed something, the public has to rely upon the media to make this information, and the interpretation thereof, available. Unlike the Conference Board, the Government of Newfoundland and Labrador’s population projections are accessible and provide more detailed data descriptions for those more interested in these questions.

People and the economy: Within the context of the panic, we are constantly reminded of this supposed close relationship between people and the economy. We are also given the distinct impression in the coverage (mostly via policy makers and politicians), that more people are needed. We therefore need to ask whether people are needed to grow the economy; or whether an economy is needed to grow people. As it stands now, the messaging is mixed. In the CBC and The Globe and Mail coverage, stories begin with a Conference Board representative’s admittance that Newfoundland and Labrador’s weakening post-oil and gas economy will be the culprit of population loss, operating in much the same ways as the previous population-gutting cod moratorium. This will, as the stories continue, be exacerbated by an aging population.

If we posit that we need more people to grow the economy, then the answer of how to do this – at least from the information presented to us – is to either (a) entice more people living in Newfoundland and Labrador to have children – which was the impetus behind the $1000 “baby bonus” introduced by former NL premier Danny Williams, or (b) encourage more immigration. Either way, the truth is that we do need employment opportunities – well paid, fair, and good work with benefits and stability – for these up and comers, and for immigrants interested in the province. Will this be the case if our mode of operation continues to be increasingly precarious work at all wage levels, which is unstable, contractual and often without benefits? Who will want to come to Newfoundland and Labrador, or anywhere for that matter, under these circumstances? Who will stay here? Is it just to expect that immigration will fill the gaps of “low-end” service jobs – the “bad” jobs that many people refuse to do – as is often the case? Even if we have more children within the province, thus growing one aspect of the population equation, what will they do when they grow up? Will they find the opportunities locally that will mean staying in the province and contributing to its economy?

Innovation, not knee-jerk reaction, is key

If we think we need people to grow the economy and we want the economy to grow people, we will have to innovate. We will need to be better innovators, job creators and opportunity engine houses. What is currently powering the bulk of Newfoundland and Labrador’s growth is exactly that – power. Oil and gas construction employment; hydroelectric construction employment and the oil and gas sector more generally are powering the GDP. But, we have been told we do not have enough people to do the work that needs to be done. We have to bring people back; we have to get people in. This is what they tell us in the advertisements and in the “words” on the street. What will happen when these booms bust? Where will these people go then? No doubt this is exactly the point of the projections.

We cannot forget that we are in the midst of the continued production of knowledge workers. We have been doing this for a while. I teach at a university. The university produces, for the most part, knowledge workers. And I often wonder where all these talented young individuals will go, and be employed, after they graduate. The CBC tells us, at the very least, that they are part of Generation Jobless. Many youth in Canada, and elsewhere, are overeducated and underemployed; sometimes unemployed. These numbers are, in most cases, rising.

What kind of economy can grow people, all people, over the long term so that it is their choice where to live, rather than their obligation to go where they must in the hope that a job is at the end of their aspirational road?

I do not have the answers necessarily but innovation beyond non-renewable resources has to be part of the equation; fair wages for good work must be part of the discussion; and social justice in labour is a necessity.

Deatra Walsh holds a PhD in Sociology from Memorial University of Newfoundland, and a Master’s of Rural Development from Brandon University, Manitoba. She specializes in research on rural labour mobility, migration, precarious employment, and gender. She currently teaches at Mount Allison University in Sackville, NB. You can learn more about her and follow her posts at deatraewalsh.blogspot.ca. 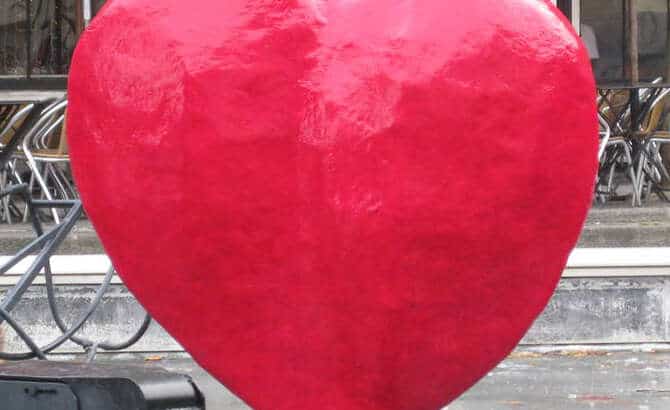 No future
It's 2014. Can we stop asking about kids, already?