Flatten, level-down, put to sleep: how we treat our young

There are so many mad thoughts to think, so many problems in mental health and illness to raise for discussion, given the reams of nonsense presented as truth, that I almost don’t know where to begin, except with what throws itself at me. After writing about Bigpharma’s withdrawal from antidepressants and psychotropics, while watching TV a few days later, I see a CNN ticker announcing university students’ use of antidepressants is on the rise and such drugs now are more popular (in the sense of prescriptions on campus) than birth-control pills.

Flatten, level-down, and anaesthetize: there’s a set of commands. I propose, without argument at this time, that this is the major effect of most psychotropics prescribed for mania, depression, bipolar, and similar syndromes. Note that the explicit aim of such drugs is not cure but treatment, which is best read as ‘management.’ So we manage depression, among other mental disorders, by depressing. But not depressing emotion to an even lower feeling. Rather, it’s the capacity to feel and think, one’s affective and cognitive capacity, that are depressed. Again I heard someone say: ‘I quit the prescription because I forgot how to cry.’

It is somewhat possible to manage individuals that way. And who are we managing? Youth. This is despite the fact that we have had at least two decades now warning of the suicidal and violent effects of antidepressants – especially in the first few weeks of prescription – among adults but especially in adolescents. And note that most drugs, though prescribed to the young, are not tested on the young, nor are there any tests worth speaking about on how drugs act in combination (that is, the efficacy and safety of drug cocktails). Yet more and more of us are on complex drug cocktails. Just watch US TV to get a sense of the ads – psychotropic drugs prescribed specifically to add on to existing cocktail prescriptions. A mess, right? Which is not to say that all the drugs suck (just as my throwaway description of contemporary psychiatry two weeks ago as a ‘mess’ does not repudiate all psychiatrists and psychiatric knowledge but does – truly I hold – describe the field as a whole).

And note that most drugs, though prescribed to the young, are not tested on the young…

So more and more young people are being managed – and are choosing, in part (though how much real choosing is going on is part of the problem) to manage themselves in terms of antidepressants. Of the many things one could consider related to this – starting with the range of other medically administered or facilitated options, psychotherapeutic options (including cognitive and behavioral therapy), self help (including dietary and nutritional supplements, drug management, work and social choices, etc.), and mutual assistance groups (such as Think?!), to range quickly over only some of the types of management systems involved – let me focus on only one, the effect of the doping strategy, the means by which Bigpharma can claim efficacious treatment. Flattening and leveling-down.

Imagine a range of emotions, from happy to sad, or manic to depressed (and note in an aside the simplification – the violence – that is done to emotions, feelings, and affects by such language and classification). Anti-depressants may be thought to decrease the lows, decrease the range of felt emotions, cutting out the extremes (excess euphoria or happiness on the one side, excess depression on the other). It would be rather marvelous if our pharmaceutical simples (single drugs) or complexes (drug cocktails) pinpointed specific ranges of human emotion. Given social, historical, economic, gender and other components of human emotional life, one may have good reason to doubt the possibility, nevermind the reality, of such marvelous management.

Medical instruments may be acute or obtuse, sharp or dull. The sceptical reading of the optimal outcomes of the management of depression by prescription drugs (considered as a general population tendency, not case by case) is that we are using a blunt instrument, one that depresses the whole range of emotions and feelings, dulls the capacity for affective life altogether, and so manages by pacifying. Relatively cheap, incredibly profitable, and politically acceptable.

…we are using a blunt instrument, one that depresses the whole range of emotions and feelings…and so manages by pacifying.

A drug pacification program, all in the best interests of the patient, of course. Critical, complex choices for young people entering the crucibles of their future: large administrative complexes, aka universities, in the past most often unwilling to acknowledge the mental health problems of their increasingly challenged populations (see next column for recent Canadian developments) and whose corporate restructuring (including basics of eating, drinking, socializing places) are more and more inhospitable.

Complex choices for would-be patients, children, on occasion, of radical political activists, defenders of freedom and political self-determination. The intersection of medicine, law, and politics in our epoch (as Michel Foucault has argued in numerous places) poses difficult problems for understanding fundamental elements of democratic life, such as free thought.

Good luck to all of us. 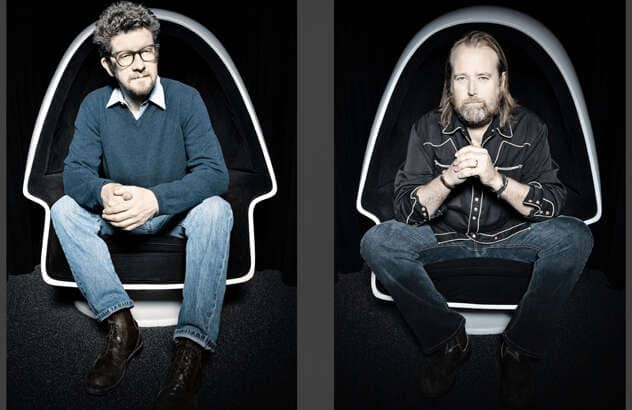 Digging up the roots
Skydiggers Andy Maize and Josh Finlayson visit St. John's to offer up a selection of new and old tunes at the Rocket Room Friday and…