With local acts Hey Rosetta, Great Big Sea, Repartee, The Dardanelles and Dave Whitty Band, the 2013 George Street Festival offered up a diverse selection of the province’s best during its final two nights.

On Tuesday evening, with many taking their chances in the annual game of Regatta Roulette on the eve of St. John’s popular annual sporting event and last-minute-maybe-municipal holiday, Great Big Sea closed out the George Street Festival with a solid performance in front of a sold-out crowd.

The previous night, following four days’ worth of top notch headlining acts like Barenaked Ladies, Glass Tiger, Shanneyganock and George Thorogood, Newfoundland’s other band – Hey Rosetta – set the stage for the GBS finale with its own rousing performance, which undoubtedly demonstrated to some unsuspecting tourists in attendance the Island’s musical diversity.

Though it has brought in world class performers, the George Street Festival (GSF) has always found its strength in curating a potpourri of NL’s best, one or two blasts from the past (this year, Glass Tiger, Honeymoon Suite and Thorogood and the Destroyers), and internationally-recognized names like the Barenaked Ladies.

This year was no exception, especially regarding the festival’s local contingent.

On Tuesday evening local act Dave Whitty Band made their GSF debut and warmed up those who gathered in front of the stage early on. Whitty, a St. John’s native who’s spent time in Toronto, offered a mix of new tunes and a handful of songs from his 2011 EP Let It Rest with support from hisband, featuring members of other local acts Baytown and At Ship’s End.

If there was any confusion among visitors as to the present state of Newfoundland music, The Dardanelles surely would have reaffirmed some expectations and destroyed some stereotypes at the same time, with their take on contemporary traditional music. Led by front man and CBC Radio host Tom Power, group readied the crowd for Great Big Sea, with band member Emilia Bartellas’s fiddling mastery garnering more than a few cheers from excited festival goers.

Between sets people pushed to the front gates and launched into the customary “Great Big Sea, Great Big Sea” chants, much as they did for Rosetta the previous night. Before too long Great Big Sea took the stage and spit out song after song from their recent 20th anniversary album XX, a collection of the band’s most beloved songs.

The audience clapped and tapped their toes to classics like When I’m Up, The Night Pat Murphy Died, Sea of No Cares, and their own rendition of Pete Townshend’s Let My Love Open the Door. Great Big Sea filled the street with high energy and good spirits song after song. It’s no shocker the band has endured a demanding industry for two decades, if the dedicated fans, young and old, who lined the street were any visual representation of the band’s success.

Festival organizers couldn’t have chosen a better act to end the week. A homegrown, expectation meeting, feel good band like Great Big Sea was the perfect finale to a week of music, celebration and appreciation of the talent that seeds from Newfoundland soil.

The early evening rain wasn’t enough to keep festival goers away from downtown St. John’s Monday evening, where local acts Repartee and Hey Rosetta headlined the festival’s second last night. Fans sporting rubber boots and rain gear filled the street through Repartee’s set, and by the time Hey Rosetta took to the stage shortly after 9 p.m. you were hard pressed to find some wiggle room.

Outside the front gates striking Labatt employees held signs in protest of their company’s deal to hold exclusive beer sales rights at the 2013 festival. A pamphlet they were handing out read: “Local workers of Labatt are currently striking to achieve a fair collective agreement. With worldwide profits of over $9.4 Billion, Labatt and its parent company are demanding major concessions from worker in our province. It’s not justified. We are asking for your support. Please do not buy Labatt products during this strike.” Inside the gates, people seemed to be consuming beer as abundantly as ever, but between sets on Monday evening one concert goer was overheard saying they were drinking liquor instead of Labatt beer in support of the striking workers.

Their first time playing the festival, Repartee did not disappoint. With a tight stage presence – a result of non-stop touring – the band energized the crowd with songs like Hello Hello Hello and Conversation Piece from their latest album, Hello Hello Hello. I Would Die Before You, from their 2011 self-titled album, was also a hit, as was some of the band’s new material and their take on Beyoncé’s Crazy in Love. Lead singer Meg Warren, known for her excellent stage fashion, outdid the audience’s ponchos and waders, sporting sparkling streamers that reflected the remaining daylight.

After a short wait, the thousands in attendance greeted Hey Rosetta – St. John’s most popular rock export – with sparklers and cheers, an almost re-enactment of the band’s music video for the song Yer Spring, from its 2011 album Seeds. The audience swayed and sang along, enjoying the company of strangers on the blocked street.

Rosetta performed a few numbers from Seeds and its sophomore album Into Your Lungs but offered up a hefty selection of new material, introducing titles like Belle of Batoche, Alcatraz, and Harriet. With the help of the organizers of The Victoria Park Lantern Festival, illuminated lanterns were paraded in front of the stage and through the crowd as the band performed Little Shove for the first time to its hometown fans. The new songs were well put together, as if the band had been performing them as often as their earlier material, a notable achievement.

As the catchy chorus of Red Heart rang through the street, illuminated beach balls were thrown amongst the crowd.

Rosetta ended the show with the hopeful lyrics of Bandages, leaving those in attendance on a positive note and with smiles on their faces.

CBC Radio interviews Indy editor Hans Rollmann
Rollmann's recent column "Owning up to a Big problem" struck a chord with many in Labrador, and on the island as well. 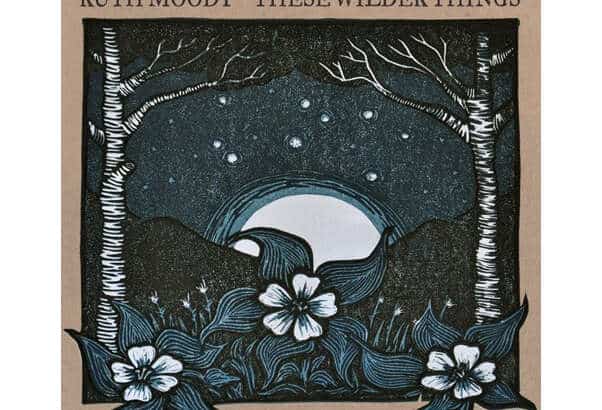