Jim Payne and Fergus O’Byrne | A Lovely Time of Year

Mummering is something of a sacred tradition in Newfoundland and Labrador: dressing up in outlandish costumes, visiting neighbours, singing Christmas carols, and having a hearty celebration in the evenings surrounding December 25. Unless you’ve spent your holidays in one of the province’s smaller nooks and crannies, however, the bulk of what you know about Mummering probably comes from Simani’s 1983 classic “The Mummer’s Song.”

Enter Jim Payne and Fergus O’Byrne, revitalizing the tradition in song – the only things missing are the masks and the Purity syrup. The two have more than a few accolades to their name within the Newfoundland music community: O’Byrne famously came to the province from Ireland and became one of the founding members of Ryan’s Fancy in the ’70s, while Payne penned the now-classic “Wave over Wave.” Together, they’ve vastly widened the scope of traditional Newfoundland music, and made it more accessible and enticing.

Their latest disc, A Lovely Time of Year, is a different kind of Christmas album; with the exception of a few original tunes, the record is made up of traditional carols, sung the way they would have been sung in the kitchens of Green’s Harbour, Trinity Bay.

A Lovely Time of Year has familiar carols – “We Wish You a Merry Christmas” and “Angels we have Heard on High” – as well as more obscure traditional pieces like “The Moon Shines Bright,” but by stepping back into the past with the instrumentation, lyrics, and melodic arrangements, it’s a fresh kind of album compared to the kind of music that usually pops up in bargain bins around this time of year.

The pair’s most recent endeavour takes some understanding of context before it can properly be enjoyed. A Lovely Time of Year isn’t a concept album, but it is one with a very specific focus. Sentimentality is traded for bawling choruses over sparse banjo and accordion, tempos are upbeat but the energy is still relaxed, and the acoustic guitar could be played by a half-cut Mummer in the corner. That’s not a criticism – that’s the whole point.

The original compositions don’t sound as archaic as the rediscovered gems, but they do have a traditional, AM radio feel to them. “Winter is a Lovely Time of Year” recalls the nostalgia of being young in simpler times, while “Song for Christmas,” in its plain reiteration of stereotypical holiday values – and the mouthful of a didactic line, “And if you get behind the wheel make sure that you will have the breathalyser beat” – helps wind the collection down.

Growing up in a time of cell phones, email, and the Internet, it’s easy to wonder how people ever got along without technology. Giving Jim Payne and Fergus O’Byrne a listen, it’s pretty clear that people did ok, provided they had a few instruments, a clear floor to kick up their heels, and some holiday cheer. Once you’ve got that, it doesn’t matter where you are in the world – this is still a pretty lovely time of year. 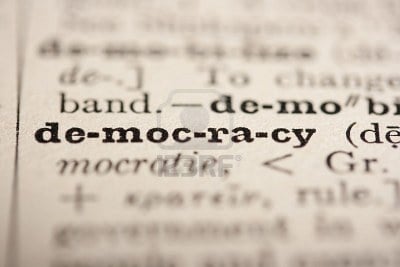 Theses on Occupy Wall Street (Part II)
It's not that democracy's bad, but ...