A pair of films from Newfoundland producer Annette Clarke explore the challenges and triumphs of women against different cultural backdrops.

What do girls boxing in Kabul have to do with a woman dating a plastic surgeon in Halifax? Cinema Politica St. John’s and the National Film Board of Canada are co-presenting two films that highlight different experiences of scrutiny: The Boxing Girls of Kabul (2011) and Flawed (2010). Both films are produced by Newfoundland’s Annette Clarke.

Whether a woman chooses to wear a hijab or yoga pants, whether a girl enters the boxing ring or parties on George Street, it can be argued that women are under the microscope, examined by media, community, family, and themselves.

The Boxing Girls of Kabul is a film that makes you want to fight. This documentary follows a small group of girls who train in a dilapidated Kabul stadium haunted by Taliban atrocities. By putting on their gloves they are challenging a status quo where opportunities for women to study, travel, and participate in sport are limited – where the intrinsic worth of girls is a question, not a fact. We see the girls’ triumphs and tribulations in their first overseas matches, and the impacts when they return home, from the pride of a progressive father, to the warnings of a conservative brother, to the threats of a stranger. Through the ropes, we glimpse the oppression that is these girls’ reality.

Flawed is a short animated film about a woman insecure about her nose who, in a twist of fate, dates a plastic surgeon. Filmmaker Andrea Dorfman uses a paint brush, not boxing gloves, to explore the nature of self-acceptance in a world saturated by narrowly construed notions of beauty.

The Boxing Girls of Kabul and Flawed screen on Tuesday Aug. 27 at 7 p.m. in Memorial University’s Arts and Administration Building, room 1046. Producer Annette Clarke will be ringside to answer questions. Admission is free and donations will be accepted. 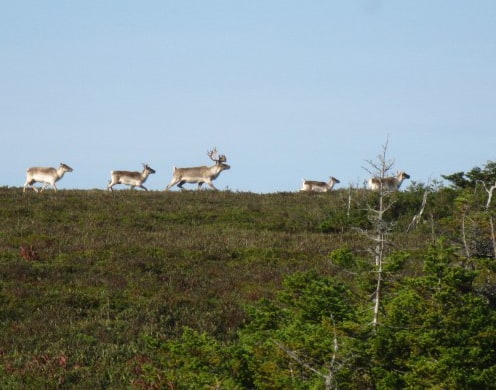 Navigating the daily grind
Being a discourse on the dangers to modern society posed by single-brew coffeemakers (and those who use them).