Documentary explores the state of prostitution laws in Canada; producer to speak at St. John’s screening

Does decriminalizing sex work ultimately help or hurt women? On Tuesday, Cinema Politica St. John’s and the National Film Board are screening Buying Sex, a documentary that asks how we can protect some of the most vulnerable women in our society.

The film pivots on a 2012 Supreme Court of Ontario decision to legalize brothels. Arguing that such a move will help protect sex workers are Osgoode Hall law professor Alan Young and former sex worker Valerie Scott. Arguing that this move perpetuates gender inequality is the Women’s Coalition for the Abolition of Prostitution and an informal group of former sex workers represented by activist Trisha Baptie.

To shed light on the complexity of this murky issue, the film studies sex work policy in New Zealand and Sweden. The approaches to sex work in these countries are as divergent as the nations are geographically distant.

Exhibit A: New Zealand. Operating brothels and living on the avails of prostitution are legal Down Under. The filmmakers take us on a tour of two brothels: The White House, a swanky club that valorizes Bill Clinton’s exploits, and a homey brothel where the owner, a curious mix of den mother and pimp, explains niche markets and house specials. Sex work is framed as a legitimate profession where women are valued employees. This is the approach advocated for and won by Young and Scott in Ontario.

Exhibit B: Sweden. In this model, sex work is viewed as an exploitative practice on a spectrum that includes human trafficking. Buying sex is criminal and police actively track and persecute men who buy sex. Rather than mitigating the short-term vulnerability of sex workers, the government pushes for systemic changes that foster a culture of gender equality. The goal is to empower women to find other work. The filmmakers shadow Baptie as she meets with Swedish officials, encounters that only strengthen her resolve to end prostitution in Canada.

Come join the discussion. Cinema Politica St. John’s and the National Film Board are screening Buying Sex on Tuesday, Dec. 3, at Memorial University, Bruneau Innovation Building, Room 2001, at 7 p.m. The event is free, but donations are welcome.

A short animated film, Mary and Myself, will also be shown. The film tells the tale of a Chinese Canadian woman preparing to share her traumatic experience as a World War II era ‘comfort woman’ as part of The Vagina Monologues. 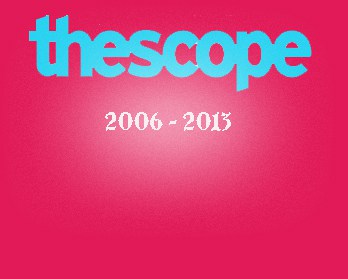 A toast to The Scope
Time to celebrate the paper's remarkable accomplishments, and acknowledge just what is being lost