An Open Letter to Premier Dunderdale and NALCOR’s Ed Martin

I write this letter as a concerned citizen of Newfoundland and Labrador and for no other reason.

Let me begin by saying that I am completely non-partisan. In fact I would go as far as to say that I find any political party or candidate who would politicize something as important to the public as development of the Lower Churchill utterly reprehensible.

I write this letter as a concerned citizen of Newfoundland and Labrador and for no other reason.

I’ve noticed that since the release of the Lower Churchill environmental assessment the response from official circles have been rife with adjectives such as “Shocked”, “Surprised” and “Disappointed”. I’m confident that after all the hard work having been put into this project these words likely reflect the honest reaction of those involved. In reality however the concerns of the public are not with the feelings of those involved in the project nor are those concerns being addressed through such personal commentary.

What people want are unvarnished facts and details in response to the questions raised by the panel and by the public at large.

In many ways communication is an art form and while government and NALCOR have already expended a great deal of effort and energy in responding to countless questions it’s clear that the answers provided have not been enough to satisfy the population.

In the end it is the public who will pay the cost of development through a combination of their taxes and power rates. They are also on the hook for the social and historical costs if the project is ultimately unsuccessful.

The stakes are extremely high and everyone in the province realizes this, not just the proponents of the project. That’s why, when questions are asked, those posing the queries expect and deserve clear, detailed and comprehensive answers. Responding to the general “gist” of a question or supplying the “broad strokes” isn’t going to alleviate concerns and may in fact amplify them. On this particular project the sharing of as much information as possible must be the order of the day.

Regardless of whether or not it may seem fair to those working on the project, the Lower Churchill is by its very nature tainted by the legacy of the Upper Churchill. They are inextricably bound to one another in the psyche of the population.

The people of Newfoundland and Labrador were led into that particular project by a government bent on a chosen direction and all of us have borne the cultural scars ever since. Make no mistake, this time the people of the province are demanding, and will continue to demand, answers. If those answers are considered inadequate then the project simply will not go ahead, regardless of what anyone says to the contrary.

It may be difficult for those directly involved to understand the broad level of concern being expressed by so many, especially with the quantity of information that has no doubt been gathered, analyzed and modeled internally, but remember that the public is not directly connected to the nuts and bolts of the project and as such require clarity, and perhaps even a little comforting, when it comes to many of the issues.

Those involved should always remember that it isn’t the job of government or NALCOR to sell this project to the public. It was exactly that sort of misguided approach which led to the ouster of the Liberal government in New Brunswick when it tried to market NB Power to Hydro-Quebec. The job at hand is to ensure that the people of the province have all the information necessary to make an informed decision about their collective future.

As an example, when concerns are raised about the viability of the project if Gull Island does not proceed on schedule, or at all, it isn’t good enough to simply say that Gull Island will proceed or that Muskrat Falls can stand on its own.

A more complete answer should include an explanation of the financials and rate projections involved in both scenarios and must identify a plan B for Gull Island, if one exists, should Quebec remain unwilling to allow access to its grid.

It doesn’t cut it when someone like Mr. Martin responds to questions about wheeling Gull Island power through Quebec by saying, “Quebec is bound by the regulatory body in the United States to provide the same open access they enjoy there to others who wish to enjoy it”.

With all due respect, it may not have been the intention but based on our past history with Hydro-Quebec I personally find that sort of response either totally naive or summarily dismissive.

When the Upper Churchill was developed Newfoundland and Labrador was denied access to the Quebec grid. The end result was one of the most lopsided contracts in history. Regulations may exist today requiring Hydro-Quebec to allow access but that same access was recently blocked for this very project. What is the likelihood that Quebec will suddenly decide to open its borders on schedule for the start of the Gull Island development and what if they don’t?

What if we still can’t access the Quebec grid when and if Gull Island is ready to proceed? Is there a backup plan to ensure that the Gull Island project can still be completed? If so, what is plan B and what are the financial implications for the province, NALCOR and rate payers?

If there isn’t a plan B what happens? Could we find ourselves with another Upper Churchill on our hands? Is it possible we might end up with Gull Island nearing completion and still waiting on a commitment from Quebec? If so might the outcome be the same as it was decades ago: bankruptcy or another lopsided agreement.

On the subject of whether or not this truly is the lowest cost solution for our province’s energy needs, again the panel raises some good questions the public deserves to have answered.

Why isn’t lower cost power from Gull Island being developed up front? If it was, would that result in lower rates for rate payers? If not, why not?

Why did the information provided to the review panel suggest that NALCOR simply looked at one side of the equation when it comes to future demand – finding new sources of energy – instead of also considering ways to reduce that demand?

If a cost effective means can be found to stabilize current demand or slow its growth through energy efficiency programs would that allow one of the other power options previously dismissed by NALCOR to satisfy our needs at a lower cost than Muskrat Falls?

Perhaps the analysis has already been done internally on these issues but that information was never put before the panel. If so then it should be made public now. If not then the analysis should be completed as the panel recommended.

One of the power source options noted by the panel is the Upper Churchill itself. NALCOR’s projections go out well past 2060 but appear to completely ignore power from the Upper Churchill. Some of that energy may be available now through recall and all of it is expected to be available in 2041, just over 20 years after the Lower Churchill’s planned completion. Yes there would be costs involved in linking the power to the island portion of the province but why was this, essentially free power, not identified as a potential source to meet future demand?

Perhaps consideration was indeed given to the Upper Churchill but dismissed for some reason. If so what was the reason and if it wasn’t considered why wasn’t it and shouldn’t it be?

Is there some reason we will not be able to access that power in 2041? If so, that’s something everybody absolutely, without question, deserves to know.

As you can see questions abound and with our history of power development in this province, no matter how outlandish any particular question may seem, it deserves a complete answer.

There may be legitimate responses to all of these questions and the many others being asked. I’m sure everyone hopes there are, but it simply isn’t good enough for government or NALCOR to provide cursory or limited responses and say that the project is proceeding regardless of what the panel or public has to say.

As Naive as Mr. Martin’s comments on Quebec registered with me I can’t help sensing a tone of arrogance in the Premier’s position that the project is going forward regardless. That may not have been the intended spirit of the words chosen but it is surely the impression left behind for me.

The public doesn’t simply have a right to ask questions but the historic obligation to demand clear and complete answers.

If additional reviews, beyond those already underway, are necessary then they should happen. Whatever it takes to give the public a comfort level with this development must be done before any project is given final approval.

This is not to say, as the opposition parties have suggested, that all efforts should immediately halt pending those answers.

Politics needs to be removed from the equation completely and I firmly believe any party that plays politics with this issue during the upcoming campaign will pay the ultimate price for taking such a callous approach.

I’m sure the public understands that there are likely hundreds of resources working full speed to gather information, analyze findings, develop project plans and answer thousands of questions. Stopping such a monumental effort isn’t like flipping a switch. Once it’s halted it may be very difficult if not impossible to get it moving forward again. I don’t believe that is what the public wants. As previously stated, I believe what we want are clear, detailed, comprehensive answers.

They say that those who forget the past are doomed to repeat it. It’s an adage Newfoundlanders and Labradorians take very seriously and with good reason. Thankfully, in this respect at least, the legacy of the Upper Churchill is still there to ensure that we remember all too clearly.

While the public as a whole should not condemn the Lower Churchill project out of hand we also shouldn’t let anyone ram the project through unless and until the taxpayers, rate payers and voters of the province – each and every one of us – are comfortable that it is indeed the right thing to do.

I truly believe that all of our elected officials and the head of our Crown Corporation, NALCOR, should expect no less from each of us and that they owe it to the people of Newfoundland and Labrador to show their respect for our concerns by responding fully to each and every one of them. 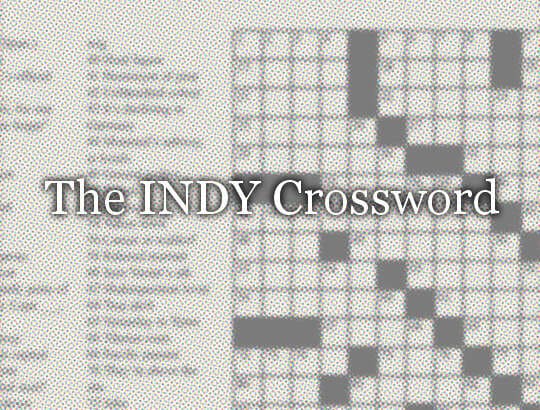 The INDY Crossword 1.1
Trying to get on the other side of this week? Try TheIndependent.ca's interactive online crossword. 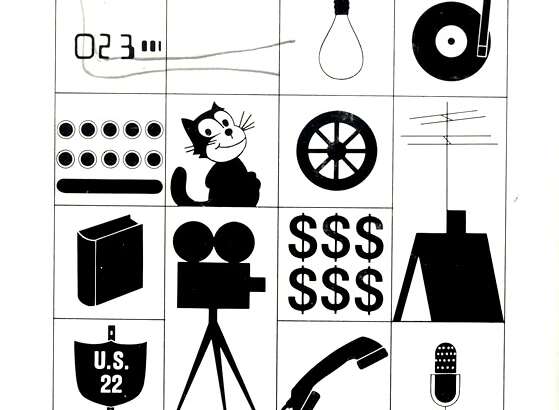