Divided reactions out from N.L. and Quebec on loan guarantee

Now that PM Stephen Harper has suggested a Lower Churchill loan guarantee is likely, two reactions have quickly surfaced: Premier Kathy Dunderdale says the campaign promise was the commitment she was looking for from Ottawa; Bloc Québécois leader Gilles Duceppe described it as “a slap in the face.” Harper said at a rally in our capital Thursday that if he’s re-elected, the loan would be a done deal, contingent on three conditions: the project must have national or regional importance, it must have economic and financial merit and it must significantly reduce greenhouse gases. Quebec intergovernmental affairs minister, Pierre Moreau, said it’s unfair because Hydro-Quebec has received no such support from Ottawa. “We are opposed to federal financing on this issue, because it would change the balance of the price on which we sell electricity on the international market.” Dunderdale has sent letters to the Liberal and NDP leaders, hoping they’ll make the same promise as Harper. 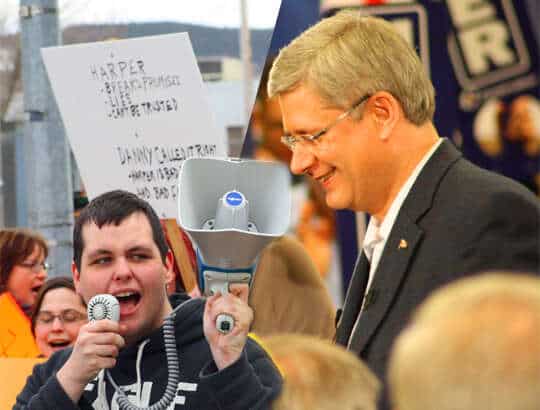