Still in the early goings of the Federal election campaign this Spring, Newfoundland and Labrador Premier Kathy Dunderdale was quick to officially endorse Stephen Harper as her pick for Prime Minister – but that support hasn’t paid off in helping Dunderdale in her bid to convince the Harper government not to close the Marine Rescue sub-Centre in St. John’s. A conversation between the leaders yesterday didn’t change a thing; a spokesperson for Harper said closing the centre is an ‘operationally sound decision’ that’s ‘fiscally responsible.’ The Prime Minister’s office maintains that all operations will continue as normal with respect to Search and Rescue in the region, and the only thing that will change is where the distress calls will be addressed from. Dunderdale is set to speak about the Federal government’s firm stance on the issue this morning.

… but can the people? 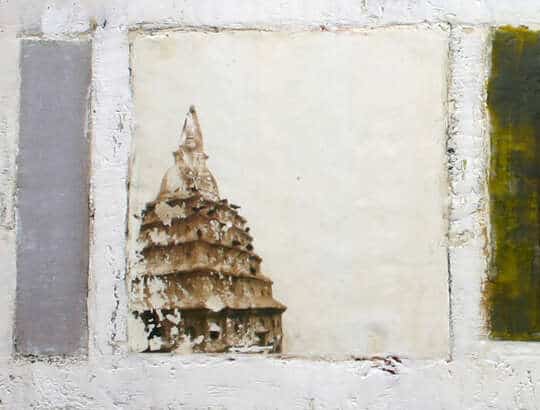 Independent Art: Humble Beginings
This week's painting is a window on another world