In a surprise, Bishop pleads guilty

45 minutes after Raymond Lahey was set to begin his three-day trial, the defence for former Roman Catholic Bishop indicated it had reached an agreement with the crown. Lahey then pleaded guilty to possessing child pornography for the purpose of importing it to Canada, and stunned the courtroom by telling the judge he did not want to apply for bail, but wanted to go straight to jail, even before his sentencing. The 70-year old Lahey, native to Newfoundland and Labrador, was once the head of the Antigonish, NS diocese. He was arrested in 2009 when returning to Nova Scotia from a European trip; after hesitating produce a laptop for routine screening at customs, his electronics were taken into custody and hundreds of pornographic photos and videos were found. 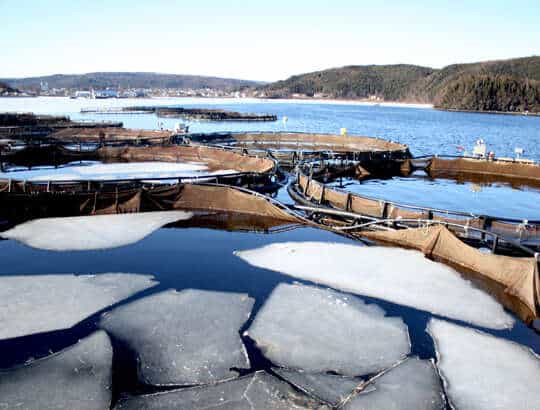 Aquacultured
Fishers and aquaculturalists get to the bottom of pesticide concerns