Moose make it to hollywood

Moose continue to capture headlines in this province for their exploits, and now they are being filmed by Pangolin Pictures for a feature on the National Geographic channel. The eventual show will focus on the ways in which people around the world interact with moose populations. Local trucking company Way’s Transport, whose drivers regularly travel the moose-rich roads of the Northern Peninsula, worked closely with the film crew to lend them their 40-year experience navigating around the big animals. With so many moose-related accidents on our roads, this show may prove to be an excellent opportunity for our province to get a real glimpse of what other areas around the world are doing. 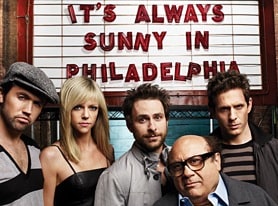 It’s Always Sunny in Philadelphia
This isn’t a morality contest... It's good TV on DVD