The liquor corporation says that sales are down in western Labrador, and believes that it is due to residents crossing the border into Quebec and buying booze at cheaper prices. Fermont, QC is less than 30km from Labrador City. Legally one can carry 24 bottles of beer, a 40-ounce bottle of wine and a 40-ounce bottle of liquor across the provincial boundary, but it is suspected that much more than that is crossing the border. In Fermont, a case of 24 bottles of beer costs about $29. In Labrador City, the same case is almost $45. RNC officers will now be working with the Liquor Corps to address the problem, which will include patrolling the highways and administering fines of up to $10,000. 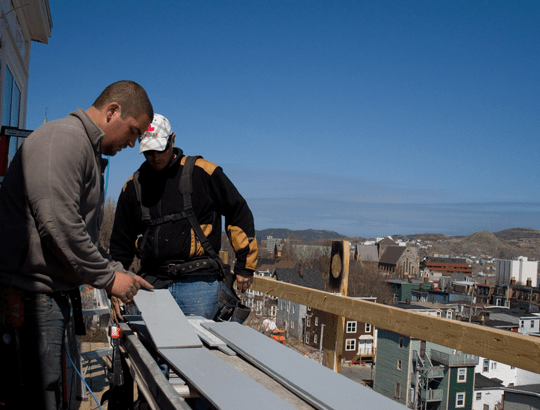 AUDIO SLIDESHOW: Building downtown
Word from local contractors about the state of building in St. John's