Rift between Williams and Dunderdale?

Some odd things are happening between Danny Williams and the Newfoundland and Labrador Tories he used to govern. The PCs have planned a tribute dinner in his honour for next Friday (April 1), held in conjunction with their party meeting. Williams has decided not to attend, which has left Dunderdale “shocked and disappointed.” When Williams was stopped in the airport yesterday and asked if there was a falling out with the current government, he said, “I’m not interested in getting into that. Ask the premier.” He refused to say why he would not attend the conference — the key organizer of which is his own brother, lawyer and veteran Tory fundraiser Tommy Williams — but said another tribute will be organized at a later date. Some speculate Williams is upset that the government did not push hard enough to have Elizabeth Matthews, his former communications director, appointed to a senior post with the C-NLOPB. As for Dunderdale’s speculation on it all, she says, “I haven’t spoken to him directly with regard to any issues. He hasn’t identified any issues with me.”

Battle: Los Angeles
The only thing worse than L.A. freeway traffic is having aliens blow up the freeway on the drive home 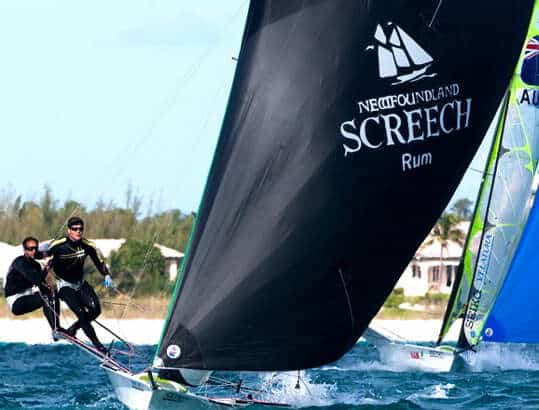 N.L. sailors go for Olympic gold
As tickets start selling for the 2012 Olympics, Ladha and Inkpen aim for the top