Minister of Fisheries and Aquaculture responds to your questions

1. Have you ever fished for a living, Mr. Jackman?

I haven’t fished for a living, per se, but I’ve fished a fair bit. What I say to people sometimes is the only fish that I haven’t been on-board a vessel while they were catching was shrimp. I’ve gone crabbing up off St. Lawrence; inshore with the fellows from where I live in Bayne Harbour; I’ve hauled fishing lines and trawls; and I’ve hauled lobster pots; even back to the days when there were cod traps in the water; I also made a couple summers on the draggers.

My wife worked on the fish plant in Marystown for 21 years. So I know of many of the issues that are faced by people in the plants, and quite intimately from where my wife stood.

2. How does the MOU make you feel these days?

My genuine concern around the MOU is that if we don’t do something to take a look at the plight of plant workers, we are in for a challenging time. If we can’t attract and retain plant workers then there’s only two roads that I see — we go down the road of importing foreigners to work on our plants or we have it frozen at sea, and I don’t want to see that.

“I certainly wouldn’t refuse calls from him.” —Clyde Jackman

We need a way that we can make it more consistent for the harvesters. And the plant worker, their wages aren’t much above minimum wage, and if we don’t do something we are going to be in serious trouble in terms of processing.

3. After all the work that has been done on the Rationalization MOU, why dismiss it out of hand? Why not indicate that while there would be a lot of changes, the Government of NL would work with the other players to see what could be done?

I’ve read this report through time and time again. There’s a quote in there by Tom Clift on page 63 that really struck me. He made the comment that the industry were unable or unwilling to focus on restructuring issues. That’s not my words, that’s the charter report and he wrote that in there.

What’s being proposed here is a short financial gain for some of the sector, that being the harvesting. But there is no offer of a long-term solution, there’s no solutions that are looking at significant changes as to how this industry would operate in the future.

I forwarded a letter to both FFAW and ASP and in that letter I outlined 8 or 9 or 10 things  that I would ask them to consider as to how they would see these things rolling out and if there might be some way of bringing about some semblance of restructuring.

“We go down the road of importing foreigners to work on our plants or we have it frozen at sea.” —Clyde Jackman

I do think there are things in the report that warrant great merit. Things like the marketing initiative. We are competing now with white fish that can be farmed and sold cheaper and therefore we’ve got make our cod product look different and better than any of those things. And that’s all about marketing. I’m anxious to see what both parties will come back to me with.

4. Do you feel that the current method for setting fishing quotas – politicians setting quotas based on non-binding recommendations by scientists – is in the best interests of the sustainability of the fish stocks, and by extension, the livelihood of our fishermen?

The quota management system incorporates information from a variety of sources, including scientific surveys, and the data is collected from harvesters. There have been very few cases where the federal minister hasn’t accepted the recommendations of science. There’s a critical need for science, but it’s critically important that we get the information, views and knowledge base of fishermen.

If we think back to the days of the moratorium, the harvesters were saying, before it was announced in 1992, they were warning about the stocks. So we’ve got to certainly pay attention to what fisherpeople are saying, and we also need that resource management side of it as well.

On two fronts we certainly support the initiatives that go on through the harvesters around the sentinel fisheries and secondly in putting money towards a research capacity in the form of the Celtic Explorer and our own people researching it.

5. Why isn’t government pushing harder to ensure sustainability in all facets of society. Newfoundland could be the first 100% sustainable province in Canada, wouldn’t that be something amazing to go down in history for!

Getting to 100% would be a wonderful thing, it’ll take a while for us to get there, but I would like to think that someday we could be there. The important thing is if we’re going to have sustainable fisheries we’ve certainly got to have management of those fisheries resources.

“There will be councilling services there around seeking employment and completing resumes.” —Clyde Jackman

We’re working on two types of fishery in this province right now; the wild fishery and the aquaculture industry. It’s coming to a point now, around the yellowtails. OCI, the company that fishes the yellowtails, received the Marine Stewardship Certification a little while ago — we are now again in that global context. Consumers around the world want to know that the fish that are being harvested are being harvested in a sustainable manner. We’ve got to get there, there’ no doubt about it.

6. What do you think is in store for the displaced plant workers in Port Union?

Myself and Minister O’Brien met with them last Wednesday and listened to the issues that they raised and outlined that we will meet with them again in a few weeks time because it was clear that we’re going to have to engage the department of Human Resources, Labour and Employment who have some programs that will allow people to search for jobs in the local area and in other fields. There will be councilling services there around seeking employment and completing resumes.

7. The International Fund for Animal Welfare and the Humane Society International has criticized federal Fisheries Minister Gail Shea’s increase in the total allowable catch for seals to 400,000 saying the Harper government is playing regional politics with a federal election and has declared war on Canada’s seals. What are your thoughts on that?

Well, let’s just consider this… right now there are about 10 million seals off our coast. Fishermen and fisherwomen tell us often: seals eat cod. With this number continuing and continuing to grow (if you look back a couple years ago at the numbers that were quoted in the media you were looking at 6 and 7 million and it goes on up). Clearly these people should be looking at it from a marine stewardship and from an environmental perspective. This number cannot be allowed to grow. Clearly, 400,000 is not going to endanger the herd.

They are a mammal just as there are other creatures in the sea (fish) that get harvested for the betterment of society and the people that are employed in that industry. And I welcome the increase.

8.What are your thoughts on Danny Williams’ comments about the premier not wanting him to have the cell numbers of cabinet ministers?

It’s an issue that the premier is dealing with at this particular time. I certainly wouldn’t refuse calls from him. Since the election, I spoke with him on one occasion, early after he left. 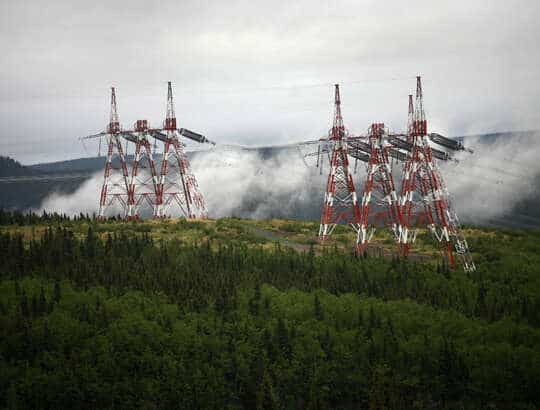