Digging up the roots

Skydiggers Andy Maize and Josh Finlayson visit St. John’s to offer up a selection of new and old tunes at the Rocket Room Friday and Saturday.

When a band releases a 20-year retrospective album, there’s good reason to think they could be wrapping things up, celebrating their musical achievements as the curtain lowers.

But for The Skydiggers, a group from Toronto’s late 80s cohort of exciting new musical acts like Blue Rodeo, The Tragically Hip and Cowboy Junkies, new opportunities for creative exploration are just too enticing.

Following up 2009’s compilation The Truth About Us, which brought founding band members Andy Maize and Josh Finlayson to St. John’s for a show, with Northern Shore earlier this year, the Skydiggers re-emerge from the look-back in fine form.

In 2009 Finlayson and I discussed the band’s 20 year career for an article that appeared in The Telegram, but in the lead-up to the duo’s return (they play the Rocket Room in St. John’s Friday and Saturday) I spoke with Maize, the band’s primary songwriter and lead singer.

With most Northern Shore press interviews out of the way, he seemed eager to talk about the album with someone who’d only just heard it for the first time, a week prior to our chat.

The making of Northern Shore

In my conversation with Finlayson, I told Maize, he said the exciting part of making music after 20 years is continually finding new ways to reinvent yourselves as musicians and make music that will still be listened to another two decades down the road.

“What does Northern Shore represent in the context of that sentiment?” I ask.

“Most of the time in making albums we’ve sort of decided in advance how we want to make the record, whether we want to do as much live off the floor as possible or whether we want to do bed tracks and a lot of overdubbing,” he explains. “But this time we really had no preconceived idea of how we wanted to do it, which really freed us up. We did different sessions where we would go into Blue Rodeo’s studio, the Woodshed, for three days and record eight to 10 songs live off the floor. We went to the (Tragically) Hip’s studio, The Bathouse, for three or four days and did some recording there and came out with 10 or 12 songs. And then other songs we built right from a demo of Josh and me playing acoustically, and a song like ‘Fire Engine’ — that was just initially acoustic guitar.”

Bucking the self-production trend, the band also opted to work with producer Saam Hashemi, whose involvement allowed the band to focus more on the output than the process, says Maize.

“We have not worked with a producer that often over the years, so to work as extensively with a producer as we did, we ended up with 25 tracks for the recording,” he explains. “So that was definitely how working with Saam informed what we ended up with. A lot of times when we’ve gone into a recording we’ve been as interested in the process as we have been in the result. And this time we decided to be more interested in the result, so that sort of freed us up in the process, in that there was no right or wrong way to record. We took advantage of everything we were able to do (and) all of the experience of making previous recordings informed this recording.

“And I think part of that was a result of us doing ‘The Truth About Us’, looking back over a lot of what we’ve done over the previous 20 years,” he continues. “It sort of informed what we were going to do next, and yet it also allowed us to move forward.”

Maize and Finlayson are back in Newfoundland for the second time in three years and are stripping down a set of Skydiggers tunes (expect a selection of new material and a cross-section of hits from the band’s early career, like ‘I Will Give You Everything’, ‘A Penny More’ and ‘Pull Me Down’) to bring the music back to its roots, when it was just the two of them playing as a duo.

“That’s how the band started, as Josh and I playing as a duo,” says Maize. “We still like to go out and do that because it’s a good way to really test the songs — if they work as a duo then they will work in any situation.”

Flatten, level-down, put to sleep: how we treat our young
Feeling sad about depression, part 2 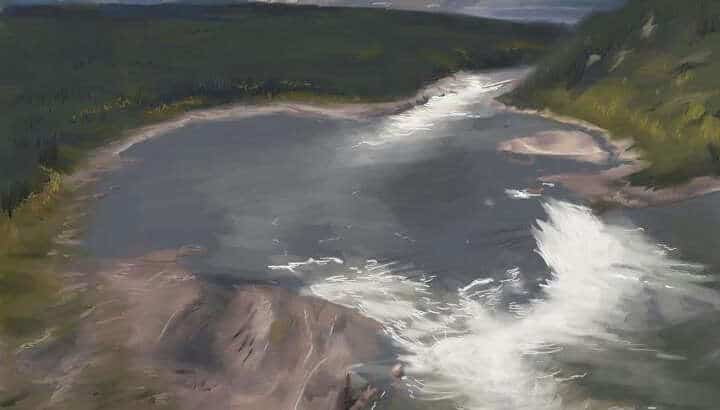 Concern and suspicion grow as green light looms for Muskrat Falls
As the megaproject's sanctioning and a loan guarantee from Ottawa seem ever more imminent, a province-wide grassroots movement begins to swell.