They’ve done more than revive a term from the Dictionary of Newfoundland English. In just two years organizers of the annual Lawnya Vawnya independent music and arts festival have demonstrated a more interactive and fun way to discover and experience new music and other art.

In the fall of 2010 friends David Lander, Mathias Kom, Ariel Sharratt and Andrea Vincent  came up with the idea of starting a festival that would feature some of their favourite musicians, but more importantly ones likely unknown to most festival goers in St. John’s. They would also showcase other artists-doing-really-cool-things and broaden the festival’s acknowledgement and celebration of independent art – those finding unconventional ways to be creative.

No’ money, No’ problem

The group embraced a do-it-yourself (DIY) philosophy like the artists they would showcase and brainstormed some creative ways to fundraise, like the annual Fake Prom, where attendees dress up in high school prom attire (from any era) and dance to hits of the past several decades, performed by The Wobbly Pops, a band assembled for the annual event that features an all-star cast of local musicians.

They now receive some funding but still put themselves on the line to make the five-day festival a reality.

Lawnya Vawnya (which by the way means “having a good time at a dance or party; plenty to eat”) also relies on the support and sponsorship of local businesses, who Lander and friends have creatively brought into the fold in a symbiotic way.

On the festival weekend a small group of local musicians, a-la-marching-band-style, lead a “music crawl” through the streets of St. John’s, escorting an all-ages and family-friendly crowd of followers into downtown shops for intimate performances by festival acts. Free venue space for performances, free exposure for small and independent businesses like “Afterwords”, one of St. John’s only remaining used bookstores, and vintage clothing store Model Citizens.

Because of the city’s notoriety for unpredictable weather, shows and other events like the small press fair (where indie record labels sell merchandise) and panel discussions are held indoors, typically with the help of local businesses as well.

The lineup for Lawnya Vawnya III (which runs April 17-21) was announced Friday night at a concert in St. John’s, and as in years past features a few notable acts (Montreal DJ Kid Koala, Constantines front man Bry Webb, Brooklyn rock band Obits and Sackville, New Brunswick’s Shotgun Jimmie), but otherwise a roster of less familiar names that Lander promises will make you “feel something”, whether you like it or not.

Among the contingent of local acts are The Delusion Victims, Ilia Nicoll, Mark Bragg & The Butchers, The Pathological Lovers, Long Distance Runners, Kat McLevey, Thom & the Tom Cats and Jared Klok (of All The Wiles).

“We’re still firming up some details but I’m sure there’ll be a workshop or two with a graphic novel/comic element,” says Lander.

The festival also typically features some surprise events, and though the “Special Events” page of the Lawnya Vawnya website isn’t live yet, Lander reveals one new component they are introducing this year will be festival alumni (just ‘who’ is anyone’s guess) performing over the telephone at various locations.

As part of their fundraising effort, the LV crew are presenting the second annual Rock and Roll Drag Show on March 16, the third annual Fake Prom on April 6, and are selling tickets for a raffle with five draws (each winner will get a pair of festival passes and a pair of tickets to see Leonard Cohen on April 21). With Cohen’s performances at Mile One Centre April 20 and 21, Lander says they’ve modified the festival schedule to avoid concert overlaps.

Festival passes ($50 until Feb. 24, $60 afterward) and raffle tickets ($20 each) are available at Model Citizens on Duckworth Street. 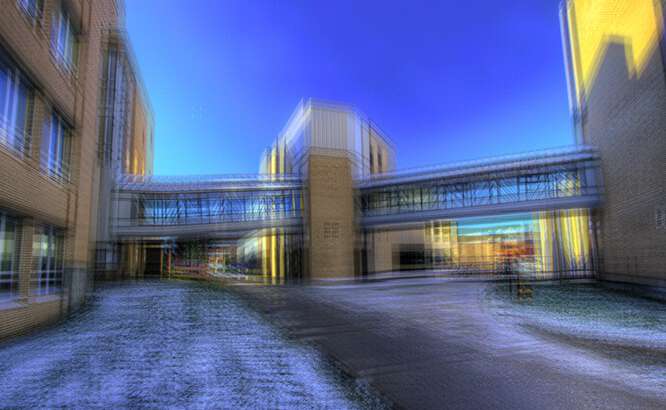 Notes on delirium and locality
Or, how to get a public conversation going