The day the hurricane-turned-tropical storm hit Newfoundland, the conversation began with the weather. That’s nothing unusual for a phone call in St. John’s, even when you’re chatting with Séan McCann, who has been a fronting member of Great Big Sea for two decades and recently launched an impressive solo career as a singer-songwriter.

“The kids were off school – we did go out in the backyard and get blown around like a couple of kites, but after a few minutes we decided it may have been dangerous. A few branches did become dislodged, so as much fun as that was, I had to be the parent there.”

The responsibilities of parenting – McCann’s oldest son is six, his youngest, four – is just one of the muses in the songwriter’s most recent musical foray, which focuses on introspective songs that can be delivered with a single acoustic guitar, a far cry from the larger GBS numbers he’s used to.

A long time fan of traditional music, it wasn’t until hearing Figgy Duff play a bar show (when he was, admittedly, too young to be there) that he set out to teach himself the bodhran, which he says reminded him of a heartbeat. He never had much luck learning until he was 18 though, when on a summer trip to the County Clare in Ireland he found himself surrounded by musicians.

“They all did it differently, which is funny – there’s no real way to play the bodhran, you find out. There’s a technique, a basic wrist technique, but everyone plays kind of different,” he notes. “I came back from that a changed man.”

A string of unlikely circumstances followed. McCann was always a music lover but had never performed prior to his university days. “I wish I’d spent less time playing hockey, more time playing piano,” he says. The first time he sang was for a few lines in a Shakespeare play. He never picked up a guitar before he was 23, and even then mastered only a few basic chords. He played less than a dozen solo shows at Erin’s Pub and the Rose & Thistle, and describes those gigs as “pretty dreadful.”  Nonetheless, in the midst of that youthful indoctrination, he was approached by Bob Hallett to join the band The Newfoundland Republican Army. That group eventually morphed into Rankin Street, and ultimately became Great Big Sea in 1993.

Twenty years later, he has made quite a mark on the Canadian music scene for someone who came to the stage almost by accident. In 2010, McCann released Lullabies for Bloodshot Eyes, an acoustic-based departure from the sound audiences were used to. Son of a Sailor followed in 2011, and he’s excitedly working on new songs that simply aim to tell the truth.

“Great Big Sea songs are fantastical – they’re stories about the old black rum, and it’s a party band, so there’s a very specific mandate in Great Big Sea. When people come to see Great Big Sea, they tend to want that type of song,” he explains.

“I tend to write a lot more songs, in general. For me, the biggest thing about being in the music business, the biggest kick, is finishing a song, and it always has been. So I’ve always had more than my fair share to throw at the band, and I don’t tend to write specifically for the band,” he continues.

“Sometimes I’ll get away with one, like ‘England’ or ‘Good People,’ but that’s one in 10 that I might submit. The majority of stuff that I’ve been writing over the last four or five years has been very much more of a sincere, personal type of thing. I think what’s important for me is, if I’m going to write a song, I want it to say something. I’m so tired of listening to music that doesn’t say anything.”

Whether it’s the tongue-in-cheek confession “Doing Fine” or the ska-influenced “Lazy Lover” laying bare the challenges of intimacy after marriage, McCann’s solo work consciously delves to the personal level, not only lyrically, but also in the sparse instrumentation and production.

Self-made, bare bones musicianship is a trend he’s noticing not only in his own work, but in the music business in general, citing Amelia Curran, The Once, Kalem Mahoney, and Andrew James O’Brien as some of his favourite torchbearers of a younger generation.

“The quality of songwriters, in my opinion, now is far greater than it was 20 years ago. I think there’s a real currency of sincerity in writing – I’m hearing a lot more of that in the young people today. I’m hearing a lot more songs that actually say something, and that’s the first time I’ve heard that since I joined the business, maybe the first time since the 70s. It’s been such a fraudulent world over the last little while – if I was a 20-year-old kid, I’d be very frustrated. I hear people reacting to that, I hear people looking for beauty and truth in the platonic sense.”

Long Road (Lead Me On)

“I’m used to the big stage – I don’t want it to get any bigger. It’s a great boost when you’re up there and the energy comes back at you, but there’s a real energy in a small crowd.”

This Sunday, McCann will play The Ship Pub for the first time in his career, an achievement he’s particularly proud of. Long time friend and musical supporter Jeremy Fisher is making the trek with him – his first time in Newfoundland.

“[Fisher] opened up for Great Big Sea, and he’s one of the very few who managed to get in front of a large crowd and win them over with just a guitar,” he says. “He certainly won me over. I took a great interest in him and befriended him, and started writing songs with him.”

Fisher accompanied McCann on a recent tour – not only because the veteran wanted a talented buddy on the road, but because he felt he had something to learn from him.

“I haven’t spent a lot of time on stage by myself, and I wanted to learn. He’s one of the best teachers you could ever find … he’s a demonstrable master of the solo songwriter. He writes brilliant songs, and he tells a great story about how he writes the songs. When you watch Jeremy Fisher on stage, you’re blown away by his skill on guitar, and at the end of the show you just want to take him home. You just don’t want him to stop!”

In November McCann will join forces with another of his long time collaborators, Joel Plaskett, for a tour of the province’s Arts & Culture Centre circuit. It will be the first time McCann has played a full tour of the island since the early days of Great Big Sea, and he’s aiming to show off some of his new songs for Plaskett, who is tentatively scheduled to produce his third solo record in 2013.

With Great Big Sea’s 20th anniversary tour on the horizon, there’s a busy year ahead. Fortunately, not even some post-hurricane rain is enough to stop him from enjoying this reprieve at home, as McCann decides it’s time to take his dogs for a walk.

“That’s nothing, we’re not made of sugar. Take care, and don’t get blown away!” he says, probably with a wink and a nod. Nothing unusual for a phone call in St. John’s.

Sean McCann and Jeremy Fisher play The Ship Pub Sunday, Sept. 16, with special guest Katie Baggs. Advance tickets are $12 at Fred’s Records, O’Brien’s Music, The Ship and Nourish, or $15 at the door. Doors are at 8 p.m., show at 9 p.m.

Tim Baker’s new insight on seeds
From a song and an album title to a trip he won't soon forget. Tim Baker finds himself in a world of Seeds. 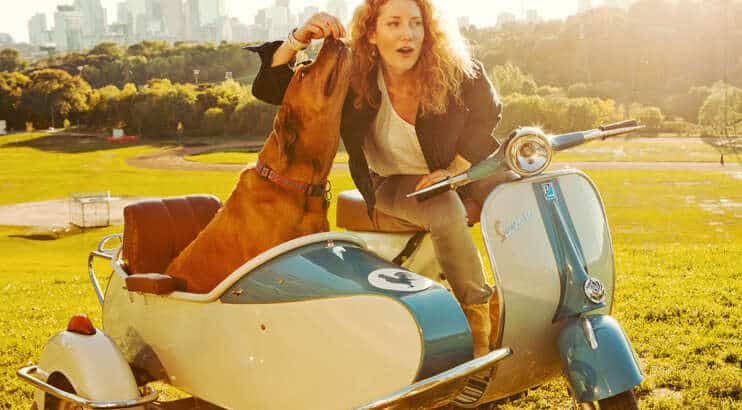 Kathleen Edwards: The Ultimate Voyageur
Against many odds, including a few trips to the ER earlier this week, one of Canada's favourite darling songwriters will make her return to St.…