On Monday Natural Resources Minister Derrick Dalley announced the provincial government will commission an independent review of fracking before making a decision on whether or not to allow the controversial method of natural gas extraction into the province.

The decision came after the province placed a moratorium on fracking last November until it had undertaken “a balanced review of regulations, rules and guidelines in other jurisdictions,” had completed “the technical work necessary to fully assess the geological impact in Western Newfoundland,” and, “following this process,” Minister Dalley announced in the House of Assembly, “to undertake public engagement to ensure that our residents have an opportunity to comment and are fully informed before any decision is made.”

Citizens’ groups—mainly on the island’s west coast, where junior exploration companies have applied to use fracking to access what it believes to be a profitable amount of natural gas in the Green Point shale formation—have since lobbied for an independent external review of the method used to access unconventional (shale) gas deep under the Earth’s surface.

And now that the government is taking a more conciliatory approach to the matter, residents and citizens’ groups want to be sure the process is transparent, fully independent, and not tainted by any real or perceived conflicts of interest, like Nova Scotia’s.

“For the government to gain public trust and credibility in this external review they need to ensure to start right away with transparency and a panel that has no ties to either government or industry,” Simon Jansen, a spokesperson for the Newfoundland and Labrador Fracking Awareness Network (NLFAN) said in a written statement the organization released Wednesday.

“It is important that the review will examine all potential impacts of fracking, especially on human health,” Jansen said. “But the economic, environmental and social implications for the region are vital as well.”

Other groups welcome the announcement but see it only as a short-term win for those who oppose fracking on the island.

“Some of us are not applauding the government because from the beginning many groups…have been calling for an outright ban,” Erika Steeves, spokesperson for the St. John’s chapter of the Council of Canadians and a member of the East Coast Fracking Awareness Group, said in a written statement to The Independent on Thursday. “We are already convinced by expert opinions on the dangers inherent in fracking and other forms of unconventional oil and gas extraction.

“The review process may itself be deeply flawed and condition a particular outcome (i.e. a business- and industry-friendly one) based on the methodology used and the sorts of input and comments from the public that are considered legitimate. This is why we believe that any review must be based on a strong precautionary principle and must include comments and input from the public that may not be framed in scientific or technical terms, even comments that are deemed of ‘an emotional nature’ (which were cast aside during the CNLOPB’s 2012 Strategic Environmental Assessment).

“Any legitimate review must also not compartmentalize the various parts of the fracking process — as though surface spills, tailings pond failures, increased road traffic, fugitive emissions, and other factors that impact the environment and quality of life of people living near frack wells can be separated from the moment of fracking itself (as was done by Maurice Dusseault during his Harris Centre talk ‘The Facts on Fracking: An Engineering Perspective’),” Steeves continued.

“Whether an independent review deems certain comments emotional and not worthy of inclusion, they are in fact how the people living in the area feel about the adverse effects of fracking on their communities and therefore are directly relevant to any legitimate review.

“In short, if valid concerns raised by the public are not taken into account, within the purview of a methodology based on a strong precautionary principle,” she concluded, “the review process—no matter how independent we’re told it is—will simply reinforce an industry-backed foregone conclusion.”

“Any legitimate review must also not compartmentalize the various parts of the fracking process — as though surface spills, tailings pond failures, increased road traffic, fugitive emissions, and other factors that impact the environment and quality of life of people living near frack wells can be separated from the moment of fracking itself…” — Erika Steeves, Council of Canadians

“Any legitimate review must also not compartmentalize the various parts of the fracking process—as though surface spills, tailings pond failures, increased road traffic, fugitive emissions, and other factors that impact the environment and quality of life of people living near frack wells can be separated from the moment of fracking itself – See more at: http://localhost:9000/?p=38804&preview=true#sthash.fVrytmhm.dpuf

The government’s announcement in Stephenville Monday came in the midst of a by-election campaign for the district of St. George’s-Stephenville East, following the resignation of Tory Environment Minister Joan Shea in June.

In an interview with The Independent last October, prior to the government’s decision to place a moratorium on fracking pending further review, Shea emphasized the integrity of the province’s environmental assessment process.

“If fracking is proposed as a project, just like any other project … it would go through a rigorous environmental assessment,” she said. “So we wouldn’t be taking a position as government to say, you know, fracking is allowed. Anything is permitted, I guess, if it meets the environmental standards that are set out.”

Following a lengthy environmental assessment process, the controversial Muskrat Falls hydroelectric mega-project was rejected by the two independent bodies—the Joint Review Panel (JRP) and the Public Utilities Board (PUB)—that the government itself commissioned to analyze the thousands of pages of information, public input and data collected over two years. The JRP and PUB rejected the assessment partially on the grounds that the project would cause too much environmental destruction and its downstream effects could pose dangerous risks to human health. Yet in December 2012 the provincial government sanctioned the project anyway.

Before any projects involving fracking could reach the environmental assessment process stage, however, the government will have to initiate the independent review to determine whether or not it will first lift the moratorium on the controversial practice, which involves injecting a mixture of large amounts of water, sand and toxic chemicals into the ground at high pressure to fracture shale rock formations to release the trapped gas.

“Throughout North America the industry has created controversy due to extensive groundwater contamination, methane seepage, air pollution, land fragmentation, property devaluation, road destruction, earthquakes, public health issues and persistent regulatory neglect. In addition little comprehensive science exists on the novel industry and its complex impact on geology and groundwater,” wrote Andrew Nikiforuk, an award-winning Calgary-based journalist who has been covering Canada’s oil and gas industry for 20 years, in a recent article for The Tyee.

In Newfoundland, residents of the Island’s west coast have been doing their homework on the information that is available on fracking, Jansen said.

“A lot of people in the region have done an enormous amount of research on fracking, and they are eager to participate in this conversation,” he concluded in the NLFAN statement. 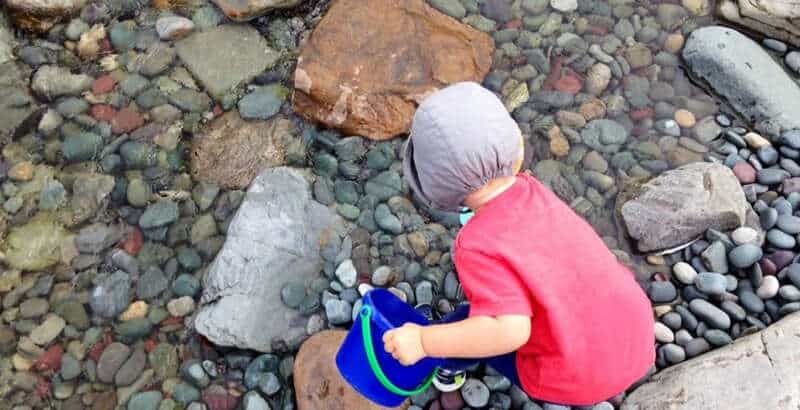 Family in the distance
When it comes to building and sustaining family relationships, technology and a little work can make for big pay-offs