In solidarity with Québec anti-austerity protesters

On Thursday people are gathering in St. John’s to protest austerity and police violence, and to show solidarity with the student-led anti-austerity protests in Québec

The student-led anti-austerity protests in Québec might seem half a country away, but the very thing the 100,000 or so people expected to take to the streets in Montreal today are protesting is expected to make landfall in Newfoundland and Labrador when the provincial government announces its 2015 budget this month.

In an act of solidarity with the people in Québec, who are standing up to their own government’s austerity measures—including major cuts to health care and education—organizers in St. John’s have planned a demonstration Thursday evening to coincide with the largest single day of protests yet in Québec, which will see a convergence of student union members and grassroots organizations who are participating in limited and indefinite strikes in the streets of Montreal and Québec City to demand an end to austerity.

In St. John’s people will gather at Harbourside Park, a historical place for protest in Newfoundland—and home to North America’s longest standing Occupy encampment during the 2011-2012 global anti-capitalism protests—in a show of solidarity with the Québec protesters.

But Thursday’s event in St. John’s has added significance as Newfoundlanders and Labradorians await their own round of austerity when the government announces its 2015 budget and reveals how it will deal with a $1.5 billion deficit. Premier Paul Davis and Finance Minister Ross Wiseman have indicated social services like long-term care could be privatized.

Condemnation of the police brutality Québec protesters, particularly students, have endured is also on the radar of St. John’s organizers.

“When I saw the protests, all I could think of was that these are our kids. These are our very brave kids,” St. John’s protest organizer Liz Solo told The Independent earlier this week. “And to see armed, militarized riot-police levelling weapons at these kids, firing weapons at their heads, I don’t know that there’s that much to understand.”

Québec police have greeted protesters with brute force, kettling hundreds at a time and arresting or ticketing them by enforcing a bylaw that requires protest organizers to provide a route to police prior to their protests. In a February ruling, a Montreal judge criticized the way police had enforced the bylaw, prompting Montreal mayor Denis Coderre to cancel nearly 2,000 tickets that had been issued to protesters during the 2012 wave of student protests.

In one incident, last Thursday, a riot squad officer shot 18-year-old Québec City student Naomie Trudeau-Tremblay in the face at point-blank range. Tudeau-Tremblay’s parents have been reported saying they will take legal action against the Québec City police.

The equipment and tactics being used by police in Montreal and Québec City are indicative of a wider trend of police militarization in Canada, said Solo, including here in Newfoundland and Labrador where the Royal Newfoundland Constabulary came under heavy criticism from the public last year after releasing a controversial recruitment ad showing police officers sporting riot gear and demonstrating violent behaviour critics said would attract the wrong kind of people to the provincial police force.

“We are seeing the militarization across the country of our police forces — and who are they turning this energy towards? The people. It’s really quite straightforward what’s happening, as far as I’m concerned,” she continued.

“We have Bill C-51 being rammed through Parliament…[and] the philosophy behind it is taking control with force. I think we should be very aware, and now is not the time to be sitting around in your armchair commenting on the Internet. Now is the time to be following the example of these passionate young people who are standing up for their future. The Canada we used to live in — we don’t live there anymore. I don’t even recognize this place.”

Travis Perry, Chairperson for the Canadian Federation of Students — NL, said the Federation, which represents all 27,000 post-secondary students and five member unions in the province, supports the solidarity action in St. John’s and will be encouraging its members to participate.

“The work of the students in Québec and the actions that they’re taking [to] push back against austerity measures, against cuts to public services like post-secondary education — [that’s] definitely the stance of the Federation, that we should have highly-funded, high quality public institutions and well-funded, accessible post-secondary education,” he said. “And I think the work the Federation takes, and the work that students are doing across the country, fighting for well-funded post-secondary institutions, is kind of working in solidarity and working toward the same long-term goals as the students in Québec.

“We’re definitely supportive of the right to protest, and I think the right to protest is something that’s incredibly important to all Canadians,” Perry added, responding to the police’s use of violence to suppress Québec protesters. “They should be able to express concern over things like austerity measures and cuts to public services…and I think that the work that the students in Québec are doing to push back against that, and to ensure our public services are there for the people, is very important.”

Perry also said that while the student movement has fought hard to earn Newfoundlanders and Labradorians the lowest tuition fees in Canada, that victory must be protected at all times.

“I think part of the reason that we’ve been so successful is because we’ve worked extremely hard to build public support in our province,” he said, adding students have been working hard to send a clear message to Premier Paul Davis and the governing Progressive Conservatives that “high-quality, accessible, well-funded public [educational] institutions” cannot be part of any austerity cuts.

“I think the message for students here in our province is that nothing is set in stone,” said Perry. “The direction of post-secondary education can change extremely quickly, and students must remain vigilant in order to maintain our long-fought victories like the tuition freeze that we have had for so long in our province.

“We are hopeful for the upcoming provincial budget,” he added, “but we’re definitely prepared for all cases, for whatever the budget holds.”

“What we are really doing is bearing the brunt of the breathtaking incompetence and lack of foresight of these essentially corrupt politicians who are feathering their own pockets and lining their own nests [and] have absolutely no concern for the actual people living here. I think we’ve seen greed really take over and command this province. I would like to see more people participating in…the protests that are happening throughout the year to speak up against all these issues we are facing here in Newfoundland and Labrador and in the country.

“Right now the people of Newfoundland and Labrador are allowing themselves to be pushed pretty far,” she continued. “I don’t know why there is such a sort of apathetic pall hanging over the Island right now, but I think the people are watching, listening, waiting, and their time to speak up is coming.

“I think there’s a lot of fear too — this whole government runs on fear, and once all of us can break through that fear, that’s the answer. The moment is coming, but it hasn’t arrived yet. Something is going to come, and it will activate the people of Newfoundland and Labrador to make a change — that’s what I believe.” 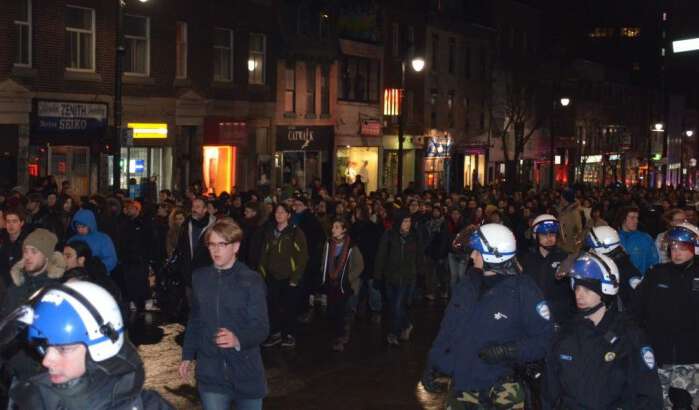 Dispatches from Printemps 2015
While students and other segments of civil society take to the streets of Montreal and Québec City to oppose austerity, are Newfoundlanders and Labradorians prepared… 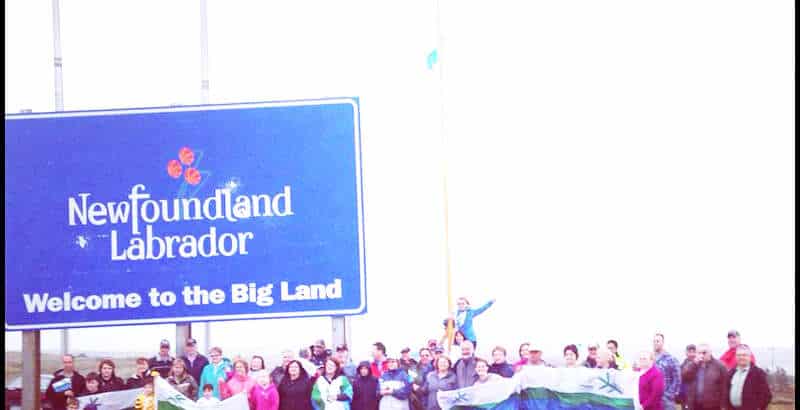 Labrador: Our People, Our Land, Our Flag
Last week the provincial government agreed to "officially" fly the Labrador flag at the Quebec-Labrador borders. Last fall, Labradorians took matters into their own hands…