The government’s recent announcement it will privatize long-term care through public-private partnerships has the labour movement and both opposition parties crying foul, arguing people must come before profit.

On Tuesday afternoon about 200 people gathered on the Confederation Building steps to call for an end to the government’s move toward the privatization of public services, namely its recent budget-related announcement that it would engage in public-private partnerships in the area of long-term care.

The largely labour union crowd waved union flags, chanted, and listened to a half dozen union leaders and members of the NDP and Liberals condemn the government’s alleged lack of foresight or concern for those who will be under the care of private, for-profit companies, and their families.

If you couldn’t be there, here’s a rundown of who spoke and what they said:

Mary Shortall, President of the Newfoundland and Labrador Federation of Labour

“[Long-term care] is primarily provided by health care providers that are professional, that are efficient, and that care about the people they provide the services for. Let me tell you that NAPE will stand for the seniors and those with disabilities across this province because we do need long-term care, but we need public long-term care.

“[Government] talked about the need for new facilities. Well look at the areas they talked about the need for new facilities in. With a little bit of foresight and a little bit of planning they would have realized they had facilities that were being constructed or currently under construction that could have easily accommodated additional beds that could be provided by women and men in the public service that provide professional care day in and day out.

“Let me tell this government and any future government: Public services are not for sale and we will fight you tooth and nail.

“On the announcement of the P3s — public-private partnerships — which was about the long-term care: Is it coincidental that the eve of the announcement was before the St. John’s Board of Trade Convention? Who’s running the agenda of this government? There has been little, if any, consultation with the union I represent, or other unions that represent public sector employees. There’s been no consultation with the front-line workers that provide this invaluable service. They are the experts in this area.

“All I want to commit, on behalf of NAPE, is we will stand in solidarity with sister unions in this province, we will stand with the public of this province and protect the vital services that the women and men from Labrador to Port au Basques to St. John’s provide.”

“I met with the premier about three weeks ago, and the premier asked me why I was so angry, and I told him I was angry because of the fact he wants to bring in public-private partnerships. And I told the premier that the private sector are in [public-private partnerships] for one reason and one reason only, and that’s to make a profit. And the only way they can make that profit is to put a downward pressure on the workers that work in the field and to pass user fees on to the residents of long-term care. So the premier said to me, ‘Look, we only want to put an expression of interest out there. We want to find out what people think about privatization. He said it was [CBC journalist] David Cochrane that really pulled that out of my mouth — I really didn’t say long-term care.’

“I think we’ve got a desperate premier, I think we got somebody in office who shouldn’t be in office. I’ll tell ya right now, he wasn’t even elected as our premier!

“We’ve got two things. First thing we got is each other. We got the sisters from NAPE, we got the sisters from CUPE. We got the labour movement in Newfoundland and Labrador. The second thing we got is political will. We have to bring this to the streets. We have to go out when they call the election and start knocking on the doors. And we have to be clear with all the political parties… If you’re against public-private partnerships and you got a proven record, well then you might get our vote. But I tell you, there’s only people who vote for workers will get CUPE support in the future. I can guarantee you that right now.”

“Last week’s announcement on P3s and long-term care was a huge disappointment. Shame. Registered nurses recognize the need to expand long-term care beds in this province — we all do. We all know more of these beds will relieve the stress placed on the actue care. But creating beds using for-profit P3s is the wrong approach. Government tries to portray P3s as a bold and innovative solution, but the use of P3s is not a new idea. It has proven to be costly and problematic in other jurisdictions. Look no further than Ontario, where a report recently released by the auditor general shows $8 billion in higher costs due to the P3 privatization of Ontario’s hospitals and public infrastructure. In the end it was the tax payers who ended up paying more.

“In P3s the priority becomes making a profit. Providing the highest quality of care for one of the most vulnerable populations comes second to revenues. We want to know, where are these savings coming from? Will there be fewer staff? Will the salaries be scaled back? Will for-profit download costs directly onto the residents and their families? How can the highest standards of care be upheld? Government is unable to answer these fundamental questions. They cannot guarantee registered nurses and the long-term care residents they care for will not be negatively impacted.

“Today you are making and important first step — you are trying to influence public policy by influencing public opinion, and that is what you will have to do if you want to push back this austerity and P3 agenda. It saddens me to hear that the Government of Newfoundland and Labrador now wants to go down this P3 route, when auditor general after auditor general in different provinces have said they’re more expensive, they’re bad for the people, they’re bad for the taxpayers.

“These P3 contracts are all worked out behind closed doors — they’re done in secrecy, there’s no democracy, it’s not transparent, and we need a government who will recognize that and say P3s are bad for the people of this province.”

“When I fought for long-term care in Corner Brook and am still fighting, it wasn’t to allow a B.C. company to come into our province and make a profit off the most vulnerable citizens of in Newfoundland and Labrador. I can tell you here today that a Liberal government, if formed, will not privatize healthcare in this province. You have our commitment on that.”

“We want to send a clear to this government and any other government out there that any form of cuts to the public sector are not acceptable. Not in healthcare, not in education, not in highway construction, not in municipalities, nowhere, no time, no how — never!”

“This whole issue should be settled in an election campaign. We do not agree with privatization of healthcare, education, of the liquor corporation, highway clearing. Look at the nightmare in Ontario where they said lives were put at risk because they privatized snowclearing [there], and the length of time to clear the highways more than doubled.

“I think the battle lines are getting very clearly drawn for the upcoming provincial election. We will be clear on the issues — we won’t be fudgy. We will come out and say, here is where we stand, and I’ll tell you right now where we stand on P3s: ‘P3, not for me!’” 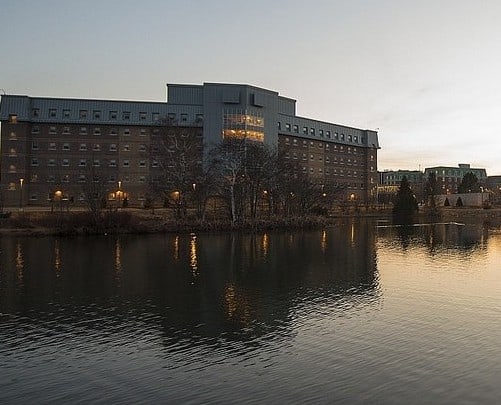 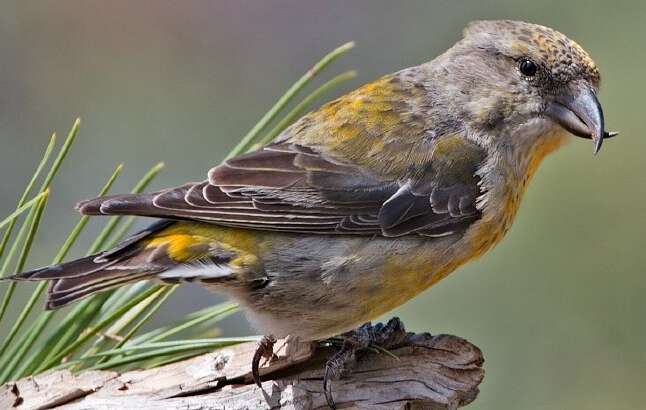 Spring brings opportunities for conservation
But as with all good opportunities, we must act to take advantage of them.