“It was 10:40 when a captain of one of the vessels obtained a visual on what appeared to be a body in the water,” RNC Const. Suzanne FitzGerald confirmed today.

An RNC street patrol officer later boarded a fast water rescue craft near Pier 10 in St. John’s harbour, along with the crew of the fishing vessel, to recover the body.

“We actually have this person’s identity confirmed,” Fitzgerald says. “It is a male. We’re not providing any details on the man outside of that until we notify the next of kin. They deserve that respect.”

As of right now the RNC are not ruling anything out and are treating this as a recovered body case. Fitzgerald says, “It’s still very early in the investigation and major crime officers are out trying to determine exactly how he ended up in the water.”

The body is currently located at the Health Sciences Centre in St. John’s, where the chief medical examiner is seeking the cause of death.

The body of a man was pulled from the water off Pier 10 in St. John’s harbour this morning. The St. John’s Regional Fire Department and Royal Newfoundland Constabulary are currently on the scene. According to VOCM, a rescue craft was involved in the recovery and the body was transported towards the Coast Guard base on South Side Rd. Updates to be posted as more information becomes available. 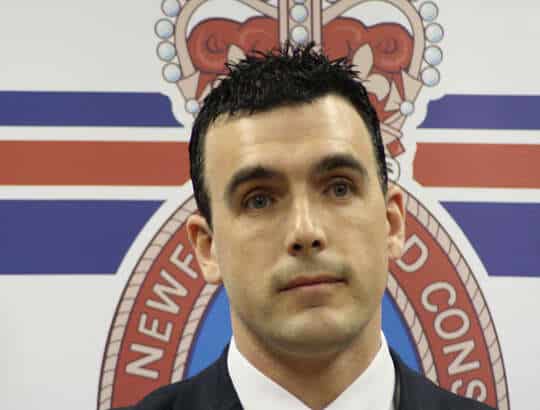 One of their own
RNC officer facing impaired driving charges

Over 40 participants at Churchill protest