Newfoundland and Labrador may be a so-called ‘have’ province, but despite the record corporate profits from our natural resource industries, thousands of minimum wage workers are living on or below the poverty line

Under a full moon on a crisp, late summer evening in St. John’s, the contrast is stark. The media’s gaze is largely on the PC leadership debate at a packed high school auditorium and the impending vote, which will produce a second consecutive unelected premier to lead a governing party that last year cut public sector jobs and social programs, ushering in a period of austerity at a time when record amounts of corporate profits from Newfoundland and Labrador’s natural resource industries are leaving the province.

And in a tiny parish hall across the road from a moonlit Mundy Pond, at a town hall on minimum wage organized by the three-member NDP caucus, one person after another stands at a microphone to vent their frustrations and grievances from living at or below the poverty line and earning a wage they say doesn’t afford them enough money to buy things like food, medication and childcare.

In August 2012 the provincial government commissioned an independent committee to research and make recommendations on when and by how much to raise the minimum wage. That report, released in December 2012, recommended the government increase the minimum wage in 2013 to compensate for lost purchasing power since the last increase to $10 an hour in July 2010. It also recommended six months notice be given to allow employers to prepare for the change, and that the minimum wage subsequently be tied to inflation and adjusted annually based on the province’s all-items Consumer Price Index (CPI) from the previous year. In short, it was calling for a minimum wage increase upwards of a dollar per hour for 2013.

• Related: Should we raise the Minimum Wage?

A year passed, while thousands of Newfoundlanders and Labradorians continued working for $10 an hour as the cost of living rose, before the government finally announced that in October 2014 it would legislate that minimum wage earners be paid an extra 25 cents per hour, and another quarter per hour on top of that in October 2015. Next month’s raise amounts to about $10 a week more for full-time minimum wage workers, which buys about four litres of milk or two and a half loaves of bread. From 2010 to early last year housing costs in St. John’s had risen some 18 per cent and more stories of people and families left unable to afford basic life necessities began to surface.

“One of the things that seems to get lost all the time by government is the realization that minimum wage is, here in this province anyway, on the level with poverty,” NDP leader Lorraine Michael told the crowd of about 70 at St. Teresa’s Parish Hall. “If you’re making a minimum wage you’re most likely living in poverty. If you’re a single mom with one or two children and you have a minimum wage job you are definitely living in poverty. And we have people who are earning wages who are going to food banks.”

Stories of minimum wage and poverty

Russell Cochrane, a St. John’s resident in his 20s who has worked several minimum wage jobs, said being a low wage worker and living in poverty directly affects a person’s self-worth.

“It’s degrading when you work a full-time job, you come out of it with only enough money to pay your rent and then have one week of groceries, wondering where you’re going to eat for the second,” he said. “That hunger sticks, and it’s a hunger that doesn’t only degrade your body — it wears at your soul, it wears at your sense of self-worth. And that’s discouraging for your participation in not only the labour market but in your society as a whole. What we see with this kind of degradation is negative outcomes, especially when it comes to parenting and poverty. … It’s insulting to hear a government tell us: you are not worth poverty.

“What does it mean to your social mobility if you cannot save? What does it mean if you accrue debt in order to eat, destroying your credit rating? It means that you have no way out. And that is impressively depressing,” he continued.

“We need to pay people a minimum right now of $12.30 an hour to keep the pace of inflation, minimum of $15 an hour to pay for the cost of housing, cost of groceries, transportation. Then and only then can we say Newfoundland is a have province.” – Ellen, MUN Engineering student

“This is not a battle between workers and business. This is a battle between empirical evidence and idealogues. We need to stop being cheerleaders for the most wealthy interests in our society and stick up for someone who needs it.”

Zita Kavanagh-Taylor stood and shared a “real life” scenario where a minimum wage worker with a medical condition that costs $20,000 a year to treat, has a spouse whose annual income puts their family of three just above the threshold for government assistance for their medical expenses.

“Somebody on minimum wage and gets struck by a disability — because disabilities come in any type of form in life, and we don’t know what’s going to be passed to us from one day to the next. So we could be healthy as anything one day, right?” she said. “So what do the person do? Not only is the person home sick, they got a child too with them that they can’t look after. But what puzzles me is if you didn’t look after your child and somebody called in and said you weren’t looking after them properly, the government would step in right away on you,” she said, explaining the apparent contradiction of government failing to adequately assist a family in that situation to provide sufficient childcare. “So you’re expected to stay home and watch a sick child and try to give them a total environment, and you’re sick and you got all this stress because now you got to come up with $300 [a week] to keep your disability medication going.”

“In the next election I will ask you to tell the Liberals and the [PCs] your day is done …  I’ve worked in minimum wage jobs and I knows what it’s like to live on next to nothing because they’re too cheap to pay it. If we have $625 million for Muskrat Falls in the last provincial budget, we got more money to pay than 25 cents an hour after four years. That works out to 6.25 cents a year in the last four years, is what you’re worth to this government right now. And far as I’m concerned we need to pay people a minimum right now of $12.30 an hour to keep the pace of inflation, minimum of $15 an hour to pay for the cost of housing, cost of groceries, transportation. Then and only then can we say Newfoundland is a have province.”

Edward Sawdon stood to talk about the possibility of a guaranteed minimum annual income, an idea one group of academics and activists recently proposed could help lift thousands out of poverty in Canada. “Some of the most prosperous countries in Western Europe have it; I can’t see why we can’t,” Sawdon said. “We’re a ‘have’ province, but there’s a lot of ‘have not’ people.”

St. John’s Centre MHA Gerry Rogers acknowledged the minimum wage issue doesn’t stand alone, and that in order for people and families to be given an opportunity to get out of poverty other progressive policies need to be put in place.

“Our social services—our direct services—whether they be health, education, housing assistance. Those are one way of sharing the wealth, particularly in a strong economic climate. And we have been pushing to raise the level of eligibility. The eligibility rates are too low, and they were set at a time when gas wasn’t expensive, housing wasn’t expensive, milk wasn’t as expensive,” she said. “We all go into the grocery stores and we see the price of food going up, so our buying power really has diminished, but those thresholds for [those] social services…are way too low.”

Last April the NDP tabled a private member’s motion that called on the government to implement the recommendations outlined in the minimum wage committee’s Dec. 2012 report, but every non-NDP member voted it down.

“It’s degrading when you work a full-time job, you come out of it with only enough money to pay your rent and then have one week of groceries, wondering where you’re going to eat for the second.” – Russell Cochrane, St. John’s resident

“Just basic shelter is almost unattainable for so many people, and to see in the House of Assembly when our private members’ motion, to see…every [Liberal and PC] MHA refuse…to give a raise to the hard-working people of our province,” she said. “People who earn minimum wage work so hard, and they’re working so hard to work their way out of poverty, and every MHA said ‘no’ even though their own committee recommended it. It was amazing to watch that.”

The NDP is continuing to collect signatures on a petition calling on the government to implement the committee’s recommendations, which would help low wage earners in the province keep up with the rising cost of living.

Michael called the province’s corporate tax rates—the lowest in Canada—a “disgrace”, and said corporate taxation is a “very important issue” for the NDP in developing its platform in the lead-up to next year’s election. Governments worldwide legislate corporate tax rates adequate enough to ensure their citizens aren’t forced to live in poverty. In its 2014 budget, Shared Prosperity, Fair Society, Balanced Outlook, the government announced oil production alone was valued at over $9 billion in 2013, with $2 billion earned in royalty revenues. 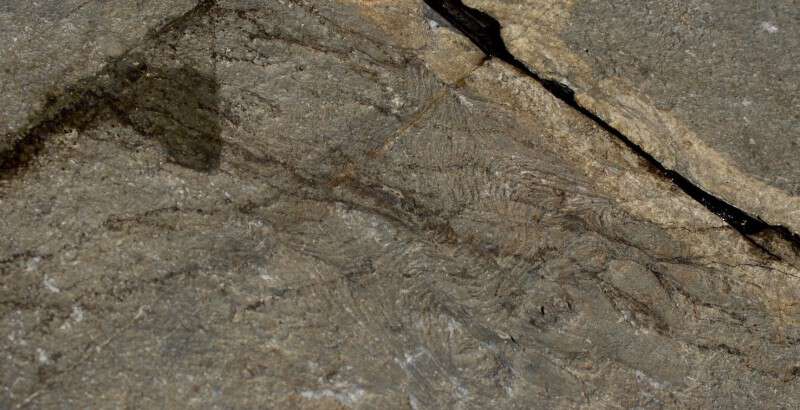 Muscling in on a new world
A tale of crazy weather, a union town, and a demon from the depths that might just be the first animal 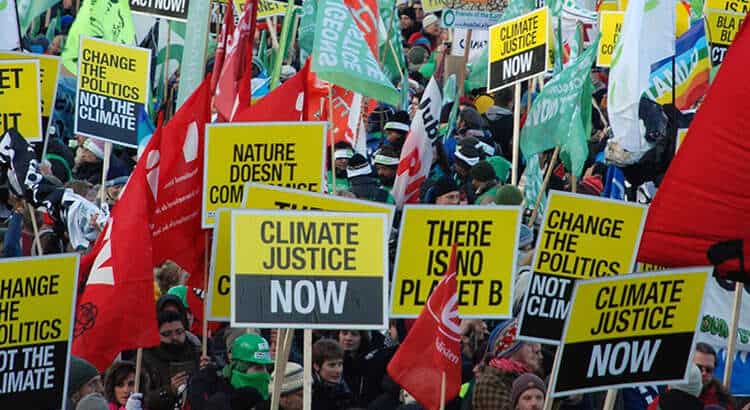 Strange change in the weather
Are we ready to resign ourselves to environmental catastrophe?