Inspector Tony Perry “contributed to the well-being of the Innu because he kept us safe,” says Elder following news of Perry’s sudden death Friday.

On Friday the Royal Canadian Mounted Police confirmed the “sudden death” of an officer involved with negotiations during an occupation by land protectors at the Muskrat Falls site earlier this week.

Veteran officer Tony Perry was named as the deceased in a statement released by the RCMP Friday afternoon. In the statement the RCMP extended its “deepest sympathies to Inspector Perry’s family, friends and colleagues.”

Friday morning emergency vehicles were present outside the Happy Valley-Goose Bay Royal Canadian Legion throughout the morning, though the RCMP has not linked Perry’s death to that location.

The RCMP has also not confirmed the reason for the veteran police officer’s death, but sources in Happy Valley-Goose Bay have told The Independent Perry died by suicide.

The RCMP’s statement says Perry joined the force in 1988 and served in Nova Scotia until July 2015, when he was transferred to Newfoundland and Labrador, and that he was most recently “helping negotiate a resolution to the situation at the Muskrat Falls hydroelectric project.”

A 2009 article in Nova Scotia newspaper The Casket reported that Perry was a native of Deer Lake, and that he took over the RCMP’s Antigonish detachment on June 28 of that year.

The veteran officer reportedly landed his first posting at the Antigonish detachment, and along with his wife and daughters considered the N.S. community “home” after living there from 1988 until 2001, and again from 2006 until 2015.

Perry reportedly first returned to Antigonish to serve in the role of head of operational services.

On Friday federal Minister of Public Safety and Emergency Preparedness Ralph Goodale issued a statement offering his “deepest condolences to the family and friends of Inspector Tony Perry, who died suddenly this morning. Our thoughts and prayers are with them during this very difficult time.

“Inspector Perry dutifully carried out the RCMP’s role to preserve the peace, protect life and property, and enforce the law. He will be deeply missed,” Goodale said.

During the recent protests at Muskrat Falls, which culminated in an occupation of the project’s main workers’ camp by approximately 50 land protectors and others opposed to the dam, Perry communicated with Indigenous Elders inside the camp.

On Oct. 24 The Independent recorded a conversation between Perry and Elder and former Innu leader Bart Jack regarding concerns about land protectors going out onto the Muskrat Falls site.

The exchange demonstrated a mutual respect between the land protectors and the police, Jack told The Independent Friday evening after learning of Perry’s passing.

“It’s horrible news, and I almost wasn’t able to believe it,” he said.

“He had to do his job, and we had to do our job,” Jack added, referring to the land protectors’ efforts to defend their traditional food and way of life, and Perry’s mandate to remove them from the Nalcor site.

“It certainly is a very sad day for me because I remember speaking with him for the last time when we left the camp and I told him everything was well and civil and we were having drum dancing and going to the bus.”

On Saturday Happy Valley-Goose Bay Mayor Jamie Snook issued a statement saying the Town is “deeply saddened” by Perry’s passing, and that they are “extremely grateful for the working relationship and partnership with Inspector Perry and the entire Happy Valley-Goose Bay Detachment. Our sincerest thoughts and condolences are with his family, friends and members of the Force at this difficult time.”

Reached by phone Saturday morning Snook said having closely monitored the situation unfolding at Muskrat Falls he feels Perry and the RCMP members under his command responsibly addressed the occupation of the workers’ camp and achieved a resolution that afforded “the police officers and the land protectors dignity.”

In the affidavit Perry said in his experience “physical intervention by police in volatile civil disputes does not often lead to desired outcomes. Coercive police conduct can also significantly damage the relationship the police have with participants in a civil conflict and their sympathizers. Such damage can make it much more difficult to resolve conflicts.”

Jack said despite the RCMP’s efforts to stop locals’ attempt to prevent Muskrat Falls reservoir flooding by occupying the camp, he respects Perry’s handling of the situation.

“Sometimes even when people can be at odds, I think he contributed to the well-being of the Innu because he kept us safe,” Jack said. “He was concerned about our safety too…and told us to call him if we felt unsafe at any point.” 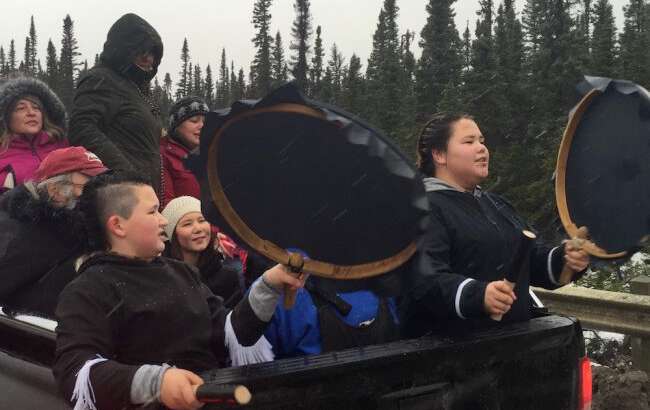 Protesters? Or land protectors?
Calling Indigenous Peoples 'land protectors' or 'land defenders' is not loaded language. Calling them 'protesters' is.

What really prompted Wallonia’s feisty standoff against CETA?
The Belgian regional government had it right all along on the controversial Canada-European Union trade agreement.