The election – 4 years ago

The Independent roots through its archives to present the political scene just 4 years ago – on the eve of the 2007 election.

4 years is a long time in politics. Issues change. Society changes. Leaders change – sometimes more than once. As we head into a provincial election this Fall, TheIndependent.ca is taking a look back at the 2007 election – a time before Danny Williams and his PCs achieved total political dominance; a time when the energy issue of the day was Hebron; a time when the MHA spending scandal was still the talk of the town.

Today we look at an interview Susan Rendell conducted with then-and-now NDP leader Lorraine Michael for the September 21, 2007 issue. In 2011 Michael is riding a wave of NDP momentum that has the party polling above the Liberals for the first time in history – and she is even taking the oil industry on head-first with some radical new tax ideas. But in 2007, the situation was much different for Michael and her NDP. Learn all about Lorraine Michael through the microscope of 2007.

NDP leader Lorraine Michael talks about her life as a religious and secular activist, the current government’s shortcomings, and what this election is all about

I walk into Coffee Matters out of an Indian summer day stalked by a northeast wind, wondering how hard it will be to spot Lorraine Michael. The café is huge and filled to capacity. But the quest is over before it begins: my eyes are immediately drawn to a dark coiffure with a profile like a queen on an old coin beneath it.

Michael is sitting in sunlight beside a tall window. A twist of burnt orange beads sets off the smooth olive skin of her throat and face; a white scooped-neck top flirts with a proper black suit jacket. The NDP leader has nicked an hour out of a very busy day to be here. She’s just come from the Holiday Inn, where she was a member of a panel on health care. The other members were Liberal Leader Gerry Reid and Health Minister Ross Wiseman.

“It was supposed to be for the three leaders,” Michael says, “but the Tories sent the minister instead.” Why? “He (Wiseman) didn’t say, and he didn’t apologize.” Michael’s face is impassive, but her eyes aren’t.

A Townie by birth, Michael has more brine in her blood than most Newfoundlanders. She’s Lebanese on her father’s side — “The Lebanese are merchants and travelers, they go right back to the Phoenicians (legendary marine traders)” — and the maternal branch of her family descends from three English West Country brothers who struck out for the New World and settled in Heart’s Content. One of Michael’s earliest memories is of her mother holding her in her arms and walking into the sea. Ever since, she tells me, she’s loved swimming in it.

The thing Michael loves best, though, is fighting for justice and equality. She entered the ring as nun, a socially active Sister of Mercy.

I ask if her decision to go into the convent was based on a spiritual calling or a desire to save the poor and downtrodden. “It was a spiritual calling: activism is my spirituality.” She describes getting the call. “This sounds corny, but one day on the way home from school I decided to go to the Basilica, and I went and sat over where Our Lady of Lourdes grotto is, ruminating and talking to myself. I said, ‘I don’t know what I’m going to do with my life,’ and all of a sudden there was this sense inside me of ‘Oh, who in the hell are you fooling? You know what you’re going to do.’” Michael says her immediate reaction was “Oh no — no, I’m not.”

But she did. “I had to,” she says. “I was always an activist, even in school. Not so much an activist: I was always somebody who was upset by injustice … that sense that there’s inequality in the world and there’s something wrong with that was always there.

“Growing up in a minority community informed that as well. We were told all the time we were different. We experienced negative things because of that.”

When Michael became a nun, Vatican II was in full swing; it was the ’60s, and the Church was trying to keep pace with the radically changing times. “It was the notion of change … that kept me there (in the Church),” Michael says. “I was so idealistic then. I threw myself into change … I was delighted with everything that I was able to do.”

She became a teacher, and was made principal of Belvedere Junior High in St. John’s in the early ’70s. “I also became involved with other people in the city with whom I shared a vision.” Michael helped start the St. John’s Oxfam committee, and served on an ecumenical committee established to educate the Church about Oxfam’s work.

In 1976 Michael lost her job with the school board. “They didn’t give a reason,” Michael says, “so I approached the superintendent and demanded an answer. He finally said, ‘We’ll have to face it, Sister, you’re not the average religious.’ I said, ‘You know what, Brother, if you are, I’m glad I’m not. And I got up and walked out of his office.’”

That year she began a master’s program in theology at the University of Toronto. “I decided I was going to work full time for social justice within the Church context … I had the wonderful experience of working with Cardinal Carter.”

He was progressive? “No, he wasn’t. He liked to think he was. But he had the notion of ‘church royalty’; he was up there with the corporate sector.” So why did she like him? “There was a team of us starting social justice committees in the parishes. He allowed that — as long as it didn’t go too far.”

One day Michael happened to catch a televised announcement by former premier Brian Peckford and Leo Barry (Peckford’s mines and energy minister): oil had been discovered off the coast of Newfoundland. “I remember Leo picking up the vial of oil and saying that they were ready to drink it. And I thought, oh my god, all hell is going to break loose back home with the oil coming.”

She returned to St. John’s and persuaded Archbishop Alphonse Penney to let her start a social action commission, “because of the potential impact of resource development … I did that work for 10 years, and (it) became much, much broader.”

She says Penney supported the work, but tended to vacillate. “He believed that his role as bishop was to keep those two aspects of the church existing together, the new one and the more traditional. But I used to say to him, ‘You’ve got to challenge that other side.’”

Challenging the status quo wasn’t Penney’s forte. The archbishop ended up retiring in disgrace after it was discovered he had turned a blind eye to sexual abuse committed by some of his clerics; the first victims to tell their stories were inmates of Mount Cashel Orphanage.

Michael left the Church in 1990. Mount Cashel was “the tipping point,” she says. I ask her what some of the other factors were. “When I worked in the Archdiocese of Toronto and then here, we were constantly having to deal with — well, the clergy, to put it bluntly. And also those who aligned themselves with the clergy. I was trained in liberation theology.

“The basis of liberation theology was that theology needed to be rooted in the experience of those who were oppressed in society. If we sit and see things from (their) eyes … then we will get a theology that is quite different from the traditional theology, which comes from a power perspective.”

After she kicked the habit, Michael “went through burn-out. And it took me about two years to get over that … to move through it and to grow through it. There were times I didn’t know if I would ever be myself again. I really believe — and I think I’ll say this publicly — that when I became leader of the party, all of a sudden I felt, ‘My god, it’s taken 16 years, but you’re back.’”

Not that Michael was cooling her heels during that dark night of the soul.

“In the fall of ’91 I got a job in Toronto … a job that still had me connected with churches, but it was on a national level — the Ecumenical Coalition for Economic Justice. But in ’97 my feet were starting to get itchy.”

And Michael’s heart was getting homesick: that year she accepted an offer from the Innu Nation to be on the environmental panel for Voisey’s Bay, and in 1999 she returned to St. John’s to take up a position as the first executive director of Women in Resource Development. “And as you know, it’s history from there on in.”

How does she feel, facing an election so soon after becoming her party’s leader? “I knew that when I took on the leadership I had a year and a half of elections (the leadership race, a by-election and a general election). I knew what was ahead of me.” Michael’s bright eyes suddenly have twice their sparkle factor.

I ask her what keeps her going, especially since she’s the Lone Ranger in terms of the NDP.

“It’s my commitment to justice — to social justice and equality. I cannot be any other way than the way I am. I don’t want to make that sound like I don’t take care of myself, I mean I’m in the Philharmonic Choir and the Newfoundland Symphony.”

And you’re a top-notch dresser, I say. Michael sends a spill of laughter out the open window, and then tells me she’s also a passionate bridge player. (I would have guessed blackjack.)

So, what does Michael think the current government’s major weakness is? “Obviously, it is their premier. In the sense that this man is totally committed to what he wants; he certainly is a very strategic thinker, he’s a man of action and he’s very smart. He knows what catches the imagination of people, and he’s caught that imagination. But … everything is focused on the person of the premier. And, ultimately, that can’t work for him or his party.”

She says the most important issues in this election are interconnected. “Basically, it’s economic development. It’s the fact that this tremendous money that we’re starting to bring in is not benefiting the whole province. That people outside of the northeast Avalon do not perceive that they are benefiting from this money … or how they are going to benefit down the road.

“Rural Newfoundland and Labrador is falling apart … essentially, we have no recognition of this by the government, no acknowledgement. Because of that, it is so important to have a strong voice in the House of Assembly — people like me who will stand and say that. And I hope we will have more than me.

Michael says she’s getting frustrated “with the media’s mantra — ‘This is the way it’s going to go.’ You know what? The election is going to go the way the people of Newfoundland and Labrador want it to go.”

While we’re waiting for Michael’s cab — she’s off to a fitting for her leadership debate suit — she tells me she used to long for a monastic life sometimes. “But that would have lasted about a week,” she says, smiling.

I smile back. I’d give it five days, tops. 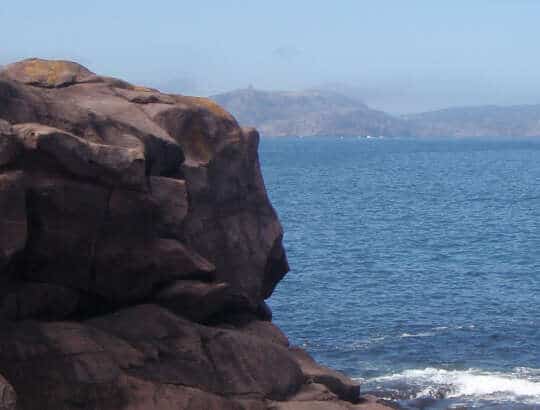 PHOTO: The Other Side
A view of Cabot Tower from an angle not every Newfoundlander gets to see. 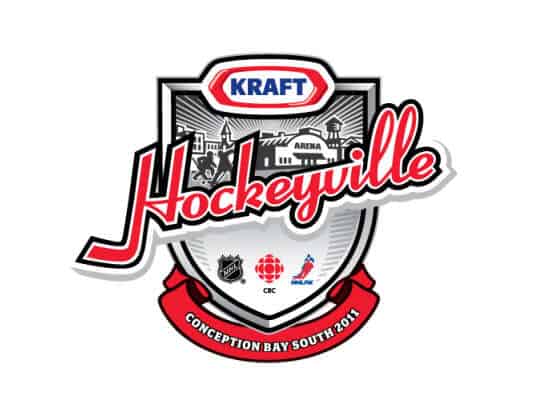