What does it all mean?

TheIndependent.ca boils down for you the FIVE big stories to come out of this historical election campaign, and what they mean for politics in Canada.

Despite the prediction by many at the start of the 2011 election campaign — that nothing would be accomplished by it other than the status quo — instead what Canadians delivered was a radical re-alignment of the political environment in this country as we know it. The changes we have made in the makeup of our Parliament have rendered this election one for the history books, and the repercussions from coast to coast, as a result, will be great. In keeping with our mandate to make the 2011 election campaign accessible to all Newfoundlanders (and not just the politically inclined), TheIndependent.ca boils down for you the FIVE big stories to come out of this historical campaign.

The Conservatives win a majority government

After five years of leading minority governments, Stephen Harper has finally won a majority. This means that, since Conservatives outnumber all of their opponents in the House of Commons combined, they can win each and every vote they wish to. The Conservatives are now free to act on their plans with minimal interference, and do not have to worry about upsetting voters until the next election rolls around in 4+ years. The Conservatives were able to achieve a majority government for three reasons. First, they have had extremely targeted long-term plans in place on a riding-by-riding basis for years… and their sophisticated operations ‘on the ground’ in each riding have been light years ahead of their opponents for some time now. Second, Stephen Harper ran a very polished and steady campaign which gave Canadians no reason to change their minds about him. Third, the popular surge of the NDP helped to split the “non-Harper” vote in key ridings, helping vault Conservative candidates to victory.

The NDP becomes the official opposition

For the first time in the party’s history, the NDP has become the official opposition – or has come second place in an election. The New Democrats won over 100 seats, which is a huge victory for the party as their previous best showing was 43 in 1988. But status as the “official opposition” has more perks than just boasting rights. The party in this position has access to more funding for research and staff, is given the first opportunity to respond to the Government, and is allotted more time in the House of Commons to keep the government up to task. The NDP were able to achieve this historic result for three reasons. First, the party gained momentum and traction after the leader’s debates, which it was able to hold on to and capitalize. Second, this momentum polarized voters and led those who disliked Harper to the party that they thought would be most able to fend him off. Third, Quebecors abandoned their sovereigntists the Bloc Quebecois, and still stung by the Liberal sponsorship scandal, overwhelmingly moved to the party that they felt represented their values best – the NDP.

The Bloc Quebecois is decimated in Quebec

The separatism movement in Quebec suffered a devastating blow last night, being reduced from almost 50 seats to 4. Their lowest total prior to 2011 was 38 in 2000. The Bloc Quebecois first ran candidates in 1993 and in successive elections has had as many as 54 seats in the House of Commons and no less that 38 – until now. The choice of Quebecors to abandon the Bloc and embrace a national party significantly changes the political landscape; instead of Quebec issues being delivered mostly through a separatist party, it is now overwhelmingly through the official opposition. The NDP party itself is in store for a massive change in culture – as more than half of its sitting members (58) are from Quebec. This is compared to just 1 in the previous Parliament. Various political pundits have suggested that the increasingly “separatist” message delivered as the election campaign wore on finally turned voters away from their regional party and to choose an alternative – which overwhelmingly became the NDP.

The Liberal party has its worst ever showing

The Liberal party, after making the choice to enter an election campaign, suffered its worst ever defeat, dropping their seat total from 77 to 33 – a long way from the 172 they had in 2000. After their election loss in 2008, Liberals never would have dreamed that a stronger leader and a stronger organization could have delivered such disastrous results two and a half years later. The diminishing of the Liberal party, traditionally a centrist party that mixes policies from the right (Conservatives) and the left (NDP), means that Canadian politics have become more polarized, more similar to the politics of our southern neighbours. The Liberals suffered this fate for three reasons. First, its leader Michael Ignatieff was never able to connect to the majority of Canadians in a meaningful way. Second, the party was not up to the task of fending off the targeted riding-by-riding strategies of the Conservatives. Third, in an attempt to engage NDP voters, the party’s platform skewed very left. When the NDP surprisingly began gaining momentum, it was difficult to attack a party that apparently was presenting Canadians with many of the same value. As a result of the party’s performance, it is now faced with an important decision: to carry on with the long road of rebuilding itself as the centrist party of Canada, or to begin seriously exploring the idea of merging with the leftist NDP to battle the Conservative stranglehold.

The Green Party wins a seat

The Green Party took an important step towards its efforts to build itself into a legitimate choice for Canadians. Its leader, Elizabeth May in her third try, won herself a seat in the House of Commons which will finally give the party a voice in Parliament. For Green Party supporters, this is a historic event which will put the party’s evolution on the fast track.

TheIndependent.ca has spent the campaign bringing you what it hopes has been a helpful and alternative perspective on the 2011 federal election. Up next: the 2011 Provincial election, in the Fall.

Death of a penguin
Spare a thought for the original penguin, our very own great auk 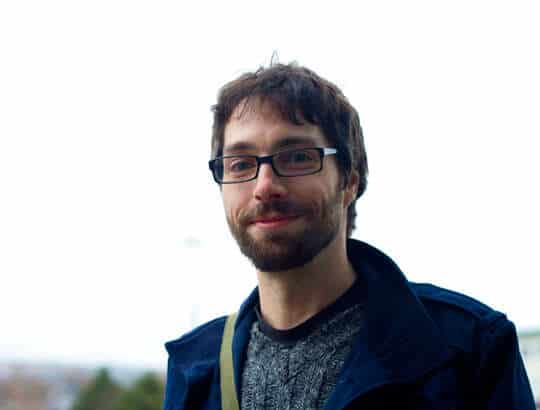