The new council gets sworn in and down to business: approving funding, rezoning a lot on Kenmount Road, and closing streets for filming.

I loved my time as The Independent’s 2021 St. John’s municipal election reporter so much that I decided to follow the councillors all the way to City Hall as the new city hall columnist. Taking up the torch from Hope Jamieson (and Jess Puddister), I hope to live up to their insightful observations and knowledge about municipal regulations! We’re also retiring the much-loved name for this column and rechristening it What Odds at City Hall. (‘What odds,’ of course, being traditional Newfoundland English for ‘who cares?’ But you should care about what happens with your municipal government, even—or especially—if things sometimes seem a little odd.)

The recent city council meeting was bumped from Monday to Tuesday because of the holiday. I watched the proceedings from the comfort of my own home as City Hall was filled with the chorus of “I Dos” and “I Wills” (and occasional gurgle of an offscreen baby) as the new city council was sworn in.

There was more pomp and ceremony than what your casual city council observer would typically see. The meeting opened up with a rendition of O Canada and then the Ode to Newfoundland.

Judge Kendra J. Goulding was on hand to administer the oath of office. Returning mayor Danny Breen was first up and after a few “I dos,” Breen signed a document and was free to sit in his usual chair, which was followed by a smattering of applause.

Then it was time to start the regular portion of the meeting. Breen, as mayor, had to leave the room and then reenter after the sound of a bell and an announcement of “His Worship Danny Breen, Mayor of the City of St. John’s.” Then Breen was back on screen and took his seat again, now with a heavy looking shiny mace on his desk (so fancy).

Breen opened up with a cheery “Good afternoon everyone. Congratulations on your swearing in of the new council and welcome to our first regular weekly council meeting.”

The council approved funds for engineering services, for a retaining wall rehabilitation program. Cllr Hickman said seven proposals were submitted and the highest rated proposal came from DMG Consulting Limited for $307,452.50, HST included, which was accepted.

Hickman then followed up with a construction limited call tender for the Conway Building, which is adjacent to the City Hall annex. “It’s currently in a bit of a state of disrepair and requires a building envelope upgrade, which includes the provision of new siding, new windows, and doors,” said Hickman.

A tender for the work was issued and the sole bid came from J&T Construction for $219,036.32 + HST. Staff evaluated it and Hickman said they found it to be fair and a reasonable price, as well as within the allotted Capital Out of Revenue budget. Motion carried. (So far this meeting’s going at a nice clip!)

Now the council was casting its eyes to the bustling Kenmount area—also known as “the part of town I try to avoid because of its seemingly permanent state of excavation.”

Cllr Burton said the council discussed the issue at 350 Kenmount/9 Kiwanis Street back in March 2021 and they have received an application from Royal Garage Limited to rezone a portion of the lot from an open space zone to the Commercial Kenmount Zone. She added ownership has changed since the application was submitted and the new owner wants to proceed with the amendment.

Ken Brook, which is part of the Rennie’s River system, also flows underneath the property in a long culvert. She explained that a portion of the property fronting Kiwanis Street is also within the Commercial Kenmount Zone, whereas the portion fronting Kenmount is within the open space zone.

“This makes the car dealership already there a nonconforming use. The purpose of this amendment today is to bring the use into conformance as permitted use in the Commercial Kenmount zone,” said Burton, adding it would need a Municipal Plan amendment as well as Regional Plan amendment.

The Minister of Municipal and Provincial Affairs already gave the city permission to proceed with public consultation for the amendment. The application was advertised for public review and comment three times. There was only one submission received and no objections were received, Burton said.

“There is no development proposed at this time but if we approve the rezoning then the applicant would be able to redevelop the site for any uses in the Commercial Kenmount Zone. This development would have to meet all of our policies and regulations, of course.”

Burton also added this portion of Kenmount Road is on open space and has a bit of a “complex history as to why. It used to be that due to the floodplain and buffer for Ken Brook along the north side of the road and the fact that it’s part of the Rennie’s Mill River and Quidi Vidi Lake waterways system. So once upon a time there would have been an open water source there but now all the water is underground.”

She said in 2017 the owner applied and installed a long culvert on the property to replace three older culverts. “Everyone here is familiar with all the work being done on Kenmount Road for the last few years. This would remove the floodplain and buffer from a portion of the property, which would make the land more usable for commercial purposes.”

A small part of the property is still within the floodplain and buffer, she said, so staff have proposed to leave that area in the open space zone. So the change to the zone would apply to the lot that’s no longer affected by the floodplain due to the updated culvert.

Burton explained that the commissioners’ public hearing is the last step, which is required under the Urban and Rural Planning Act. Anyone who wants to submit anything has to submit a written comment 48 hours prior to the meeting, which she added would probably be held virtually.

The motion was carried unanimously.

Hudson and Rex isn’t the only production shooting in the city. There’s also the television series Astrid and Lilly Save the World. And like a lot of productions, they need to close off some roads and get noise by-law extensions.

Council approved two road closures. Mullock Street between Barnes Road and Bonaventure Avenue will be closed to non-local traffic on Oct. 14 from 6PM to 12AM. And a few days later, on Oct. 19, Pine Bud Place will be closed from 9AM to 11PM.

It also got a noise by-law extension from 11PM until 12AM, which Cllr Korab pointed out amounted to one additional hour. He added that no scenes shot after 11PM will feature explosives, car chases or dialogue above normal threshold conversation.

The city is also kicking in $20,000 to the Spirit Song Festival. The event, which was established by First Light in 2012, celebrates Indigenous arts and culture in St. John’s. The festival is free to the public and is held annually in the fall. This year the event runs from November 17-22.

Cllr Korab noted that while the deadline for Special Events and Festivals Grant applications had passed, they always have a reserve fund for groups that come forward later. There is $18,225 remaining in a special events and festivals budget—as well as a combined $22,350 remaining in the Sports and Community Grants budget, he added.

Cllr Burton also pointed out it’s near the end of the year and it’s unlikely other groups will be coming forward looking for the remaining $20,000, so she said she didn’t see any problems with using up the fund.

The motion was carried.

The Mayor Rallies His Council

That concluded the first regular meeting for this new cohort. But Breen had a few things he wanted to say, particularly to the new council. The mayor thanked those who joined them “and the residents of St. John’s who’ve given us the privilege to serve as your city council for the next four years. I’m honoured and humbled to be returned for my fourth term on city council, my second term as mayor. And I’m excited to lead such a talented city council with diverse backgrounds, one that reflects the demographics of our city. To my colleagues, I have no doubt you’ll find your role as city councillors to be rewarding. It is challenging, demanding, frustrating at times, but you’ll also find it, as I have, to be interesting, exciting, and enjoyable.”

He also cast an eye to the future, explaining there’s no doubt they’ll have to face many difficult issues, some of which will have far reaching implications for the city’s future. Engaging with the public will be key in tackling these important issues, he said.

“Being a sustainable city, economically, environmentally, and financially calls on us as a council to create the conditions that drive the economy. Protect, preserve, and enhance the natural environment and to be responsible to use our resources wisely. We must consider how people move around our city. And the regional transportation connections and infrastructure for which we have responsibility.”

“Ultimately we have an important role to play in creating a city where people feel connected; have a sense of belonging, and are actively engaged in our community life. I firmly believe that by working together we will succeed and our residents will be well served.” 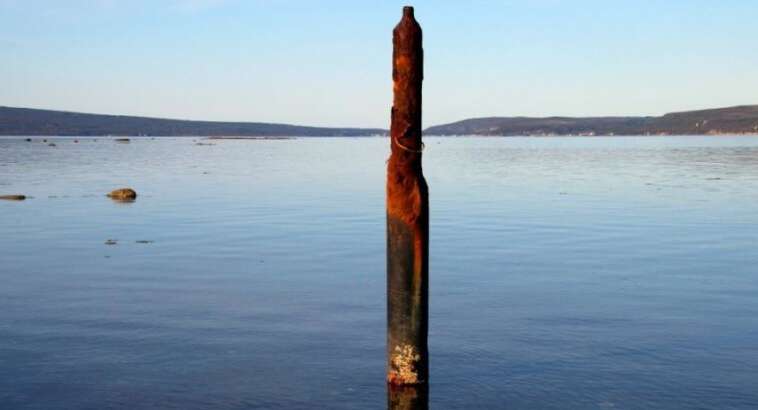 Calls Mount for Province to Plug Leaking Shoal Point Oil Wells
The Province has documented oil leaks in the Gulf of St. Lawrence since asking the federal government for $1 million to stop the pollution four…

What Odds at City Hall: 18 October 2021
The new council awards contracts for work, including cleanup after Hurricane Larry—plus, the city experiences some technical difficulties.