One Councillor is heading to Niagara in August, July 1 plans are coming together, and 130 Aberdeen Avenue inches closer to being built.

This hasn’t happened in a while but Council was late getting started yesterday, which kicked off my journalist panic that I was missing the meeting from my office, glued to my laptop. This would set the tone for my technical troubles for the next hour, where the video stopped working and freezing and I cursed God for my suffering.

Mayor Danny Breen was back in his chair after missing last week’s council meeting. However, Cllr Maggie Burton was absent again this week, as was Cllr Debbie Hanlon.

There was also another addition to chambers today, said Mayor Breen: Cllr Jamie Korab’s daughter Kendra was present. Mayor Breen also hailed them for taking part in the Shave for the Brave this past weekend.

First up, Cllr Ophelia Ravencroft moved to amend the Heritage By-Law so as to replace Schedule “D” – Heritage Area Design Standards with an updated Schedule “D.”

There was a brief technical issue on the City’s end where they had to go ol’ school and vote by hand—Mayor Breen even switched out his tablet for a laptop, and then voting continued electronically.

Council then approved the discretionary use from Eastlink at 500 Columbus Drive as a rooftop telecommunications antenna site.

Unlike last week, when Eastlink submitted an identical application, there were no submissions sent to the City.

Talon Energy Services Inc. secured a contract valued at $349,695.16 (HST not included) to undertake the necessary rehabilitation works for the bridge at Main Road and Raymond’s Brook, as well as the concrete box culvert at 631 Southside Road.

A good chunk of this work is required to be completed by September 30, said Cllr Sandy Hickman.

Talon Energy Services was the sole bidder on the contract.

OMB Parts & Industrial Ltd. was then awarded a contract for $88,407.53 per year (HST not included) to supply and deliver shop supplies for various departments to be used on an as and when required basis.

The contract is for one year with the possibility of two one-year extensions, said Cllr Hickman.

The other bidders were Colonial Garage & Distributors Limited, Vallen Canada Inc. and MSC Industrial Supply Co.—though the value of their bids were not in the agenda.

The work is to supply the asphalt for complete road work, street cuts, and pothole repair during the period when this product is available.

“It’s an important learning opportunity for the City as we continue to prepare to host the 2025 Canada Summer Games,” said Deputy Mayor Sheilagh O’Leary.

However, there was no mention as to how much this will cost the City.

Mourning and Celebrating on July 1

Road closures are coming on July 1 for the Memorial Day Parade and a block party on Cornwall Crescent—which really encapsulates the day for me. July 1 is both a day of remembrance for those who fell at the Battle of Beaumont-Hamel as well as Canada Day.

Anyway, the Royal Canadian Legion will be hosting the Memorial Day Parade and Ceremony on July 1.  The Parade starts on Queens Road around 9:30 am. The procession will head South on Church Hill, east on Duckworth Street, south on Cochrane Street, and west on Water Street.

After the ceremony at the War Memorial, the procession will head west on Water Street and gather at the courthouse for the Lieutenant Governor Judy Foote’s address. The RNC and Military Police will be present to implement the closures.

Later on in the day, there will be a separately organized event, Cornwall Crescent Block Party from 39 – 45 Cornwall Crescent on July 1 (with a backup rain date set for July 2). The road closure request from 1 pm – 8 pm and volunteers will be at each barricade. Local vehicle access will be allowed through.

130 Aberdeen Avenue Closer to Looking Up

130 Aberdeen Avenue was last before Council in November: as a quick recap, the developer wants to erect a mix of single detached dwellings, semi-detached dwellings, and townhouses in the R3 Zone. The A2 Zone will have five four-storey apartment buildings.

The next step would be a detailed noise assessment to be completed at the development, said Cllr Ian Froude.

One of the big issues to this project is how close it is to the St. John’s International Airport and the noise from planes flying nearby.

Deputy Mayor O’Leary said she’s aired some concerns about this project in the past over the noise issue but said there’s been a lot of work put into the project to address that. If people have concerns they should also put their comments at the upcoming virtual meeting.

Cllr Jill Bruce said she’s talked to the proponent as well as residents in nearby communities and said they haven’t voiced any concerns to her, “which I think is positive.”

She was also happy to see mitigation points have been brought in, like insulation. She added people are looking for more places to live so four apartment buildings is good. She also pointed out established businesses like a grocery store and Walmart are nearby, so it would be walkable. Metrobus also services the area.

“So I think if everything is carried out the way it’s listed here, I think it would be a good fit for the community,” said Cllr Bruce.

Cllr Ravencroft said she’d defer to Cllr Bruce on this, saying that an increase in housing is a good thing, especially increasing density and walkability.

“I understand the concerns around noise—I echoed some of them the first time round—but I ultimately supported this the first time because I think in this case the benefits outweigh the risks. And in that case I’m happy to see some of the safeguards put in place here.”

Council then signed off on setting the assessment rates for 2022.

Cllr Carl Ridgeley did have a question about these rates and how they might impact ongoing projects, wondering if these rates reflect work already commissioned and started?

City Solicitor Cheryl Mullett said if the City has a current contract with somebody that is ongoing, then the rates for that contract would be what the contract stipulated.

“So I can check that specifically if you had a contract in mind,” she said, but this assessment is for contracts that will start this year.

Deputy Mayor O’Leary had a few items she wanted to mention. First off, she was notified that the TakeChargeNL EV Roadshow going on the road with stops throughout the province, giving a shoutout to this weekend’s past event.

Secondly, she’s starting to receive complaints about motorcycle noise and while it won’t be an issue on Water Street with the upcoming Pedestrian Mall, she said she wanted to encourage people who see it as an issue in their areas to continue to go to ServiceNL. She also wondered about updates on the provincial legislation side that might limit motorcycle noise.

The City Solicitor said she wasn’t aware of any updates on the Highway Traffic Act in respect to that, but said she could inquire if there have been any changes made.

Finally, she mentioned tree planting and touted the Residential Re-Leaf Tree Planting. St. John’s residents can apply for a $200 voucher to buy a tree for their property.

“We want to see more forestation, urban forest activity happening. This has been a long standing charge for many, many years. I’m really, really pleased to see this going forward,” she said, adding Cllr Hickman is the lead for Public Works.

People can send in their application by emailing [email protected] or in person at Access St. John’s Centre on the first floor of city hall during business hours. There are 120 vouchers available and applicants will be selected through a draw.

Cllr Hickman also said he was delighted to see the program announced and said it has a great impact.

He added that he spent time yesterday with a cleanup crowd near Kelsey Drive and encouraged property owners to think about their properties, like if they have a drive-thru. They need to be changing their garbage bags throughout the day and having staff pickup litter left in the parking lot. Otherwise it’ll blow away.

He encouraged everyone to pick up garbage they see and do their part.

Cllr Bruce said over the weekend she attended the TakeChargeNL EV Roadshow at the St. John’s Farmers’ Market, which had a lot of other visitors.

She also thanked park staff for their work getting playgrounds and parks ready for the summer.

Cllr Ravenrcroft congratulated the Lawnya Vawnya organizers for the weekend’s event, as well as pointing out how great it is that events are coming back in-person. She even tried to get a cab one night but they were all busy, which is good for businesses I guess.

She also thanked the Prince of Wales Collegiate student council for having her at an event this morning to talk about inclusion. She was joined by Gemma Hickey and Kristi Allen.

Cllr Korab said there are job openings for crossing guards. It is part-time and requires 10 hours a week, so two hours each day. He added it’s a great way to connect with the community and keep kids safe.

As well, he said he and his daughter fell just $85 shy of raising $10,000 for Shave for the Brave, which he might kick in. His daughter’s hair is going to be sent to Ontario to be made into a wig for a kid in need. He also thanked those who donated.

Cllr Froude thanked firefighters for a frightening incident that happened next to his home a few weeks ago. He said a stolen car was parked near his house in the middle of the night and set on fire.

“Thankfully, no more impact than a section of my fence damaged, my trees got singed, some of my neighbour’s siding was melted. But of course it would have been much, much worse than that,” he said.

He also thanked the RNC officer who was on the scene.

Like Cllr Bruce, Cllr Froude and his wife were also at the TakeChargeNL EV Roadshow and got to poke around at the electric cars. He said there are similar events planned across the province, like Corner Brook on July 23.

Cllr Ridgeley gave a shout out to Music and Concerts, which kicked off on June 11 and he got to enjoy The Duds play at Bowring Park. He encouraged people to check it out and the final concert is October 1. 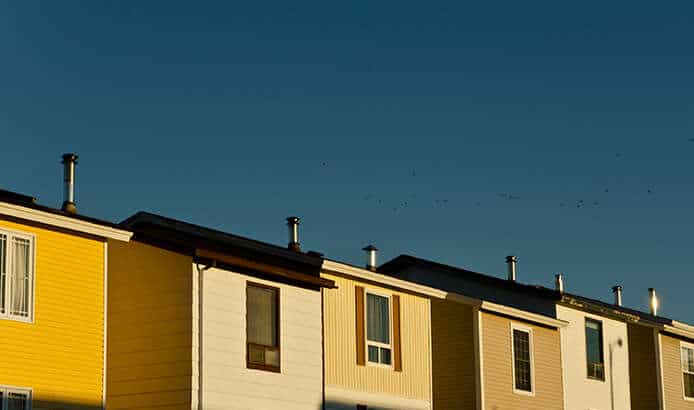 Unpacking the Housing Crisis in St. John’s
Here's a rundown on how St. John's (and Canada) found itself in a growing housing crisis—and how we can get out.

Memorial’s Tuition Thaw Leaves Students in the Cold
After 22 years, Memorial University’s tuition freeze is ending. But other campus costs have been climbing for years. Part One of a three-part series.