Wherein Council signs off on downtime for the holidays, dishes out contracts, and the contested Parish Lane project is back on the agenda.

First off, Mayor Danny Breen welcomed visitors back to City Hall after a 20 month absence, as the area had been shuttered for most of the pandemic.

Mayor Breen also had two proclamations to start the meeting off. The first was National Housing Day on November 22, as well as conferring the freedom of the city on Rotary Clubs of the St. John’s area—the highest honour the City can award people and individuals for their contribution to the City.

Then they got down to business, first deciding to reject a Crown Land Grant to extend the private property at 9 Robert’s Road.

Cllr Jamie Korab said: “The Provincial Department of Fisheries, Forestry and Agriculture has referred an application to the City requesting approval for a Crown Land Grant. The parcel of land measures 200m2 and is located along the frontage of 9 Robert’s Road, which is zoned Rural Residential Infill (RRI). The Crown Land is currently being maintained by the owner of 9 Robert’s Road, who wishes to obtain the grant to extend their property.”

“Due to the current road width and configuration of Robert’s Road, a detailed Engineering review and design work were undertaken. Should future road widening occur along Robert’s Road, the land included in this grant would be required by the City to undertake the work. Should Council reject this application, a request to convey this land to the City for future work will be sent to the Crown Lands division.”

When it came to the vote, Cllrs Sandy Hickman and Carl Ridgelely voted against staff’s recommendation to reject the application. Cllr Debbie Hanlon was absent from the meeting.

Next up on the agenda was a Discretionary Use Application for the extension of the Dwelling Unit use onto the ground floor of the Building at 228 LeMarchant Road—which was unanimously approved.

Lee & Sons Ltd. was awarded a contract to provide light vehicle and equipment mechanical repair service to the Fleet Division as required, valued at $514,536 (excluding HST). The contract is for three years.

Overhead Door (NFLD) Limited also nabbed a contract valued at $199,998 (HST not included) for a three-year period (so $66,666 per year) for the provision of Overhead Door Inspections & Maintenance.

The other bid—as listed on the agenda—was from Coastline Specialties Limited for $102,650.

Windco Enterprises Ltd was the sole bidder on work for the provision of sports field lighting and clock maintenance, for $54,250 (HST not included) for one year.

Likewise, Atlantic Home Furnishing Ltd was the only company that threw its hat into the ring for work to supply and install electrical household appliances for City buildings. The two-year contract is valued at $71,295.20 (HST not included).

EMCO Waterworks was also the only bidder to provide water, sewer, and hydrant parts to the City. These items will be stocked in the City’s central stores to ensure accessibility on an as-required basis. The bid amount is $82,321.97 (HST not included).

Harvey & Company Ltd. was awarded a $52,891.14 (HST not included) contract to provide craig parts to the City. Cllr Ellsworth said these items will be stocked in the City’s Central Stores to ensure accessibility on an as required basis.

Ho-Ho-Holiday Time Off For Council

Council also signed off on giving themselves some upcoming holiday time.

They voted on and approved suspending meetings of Council for a two-week period beginning Tuesday, December 21, 2021 and resuming January 10, 2022—something that is typically done that time of year.

The much-debated and publicly contentious 40-condo unit known as the Parish Lane Development was also on the agenda.

All of the council agreed to adopt-in-principle the resolution for the rezoning change for the project. But that doesn’t mean it’s smooth sailing for this embattled project, which has gotten a lot of pushback from the public.

Cllr Maggie Burton laid out her reason for supporting the decision to adopt-in-principle the resolution, adding there will still be a Commissioners public hearing and a final vote.

“And the province has to agree with the Urban and Rural Plan amendments. So I just want to state outfront that adoptions-in-principle are not the final vote of any given development,” she said.

The lot is currently zoned as a “public open space” and needs to be rezoned as “urban development.”

“And this is a piece of privately-held land that is on open space. Because of the original zones that were put in place by the city, which were very few of them and that was one of them. So all churches were zoned open space and that’s just a hangover from the 1955, I believe, municipal plan.”

Cllr Hickman also spoke at length, praising the development, which is directed by Rick Pardy.

“It certainly provides a  level of accommodation for people, maybe not every person in the City would be looking for that kind of accommodation but there is a market for it and that’s been identified. That market has been addressed to this project. It’s a private venture, that’s how cities are built. Private ventures and I respect that,” he said, adding he’s supported the project from the start.

“I respected that the developers have taken every step required and been accommodating to the neighbours and to other concerns of residents and made adjustments and I’m assuming that will continue.”

(It didn’t come up during the council meeting, but Cllr Hickman received a $500 donation from Parish Lane Development. This information was revealed last week when City Hall released the municipal election campaign contributions.)

Mayor Breen also patted Council on the back for its public engagement through all of this; and how it’s continued to get information and detailed analysis.

“I just don’t know how much more engagement we would have to do on these types of projects. Because we’ve gotten a whole lot of work done on it. This in my opinion is a good project for the downtown. It’s a good project to get people living downtown,” which is something he said they need in order to increase and enhance downtown’s vibrancy.

Cllr Ridgeley also thanked the developer for sticking around for so long.

You get the feeling the Council will be happy when this project is no longer on their plate.

Cllr Burton said Deputy Mayor Sheilagh O’Leary—who attended the meeting virtually—asked her to bring attention to the upcoming Downtown Shop and Stroll event, which is happening every Saturday 12-5 pm, starting November 27 and running to December 11.

Cllr Ron Ellsworth asked for people to sign up for the last engagement event taking place online Thursday (November 25) at 7 pm so they can hear feedback on the budget process, reminding us about the looming $13 million deficit. As well, he said GoBus is getting a new app but there are some ongoing software issues.

As well, she said there will be a public menorah lighting at 4 o’clock on Sunday at the Viking Building parking lot at 136 Crosbie Road.

Cllr Korab gave a nod to the progress of the new HGR Mews Centre replacement, including the Jumpstart Inclusive Playground.

Cllr Ridgeley also gave a shout out to the St. John’s Lions Club, which turned 73.

What Odds at City Hall: 15 November 2021
Council signs off on taxi fare increases and says ‘no’ on some construction next door, and Churchill Park Music Festival 2022 gets some dates. 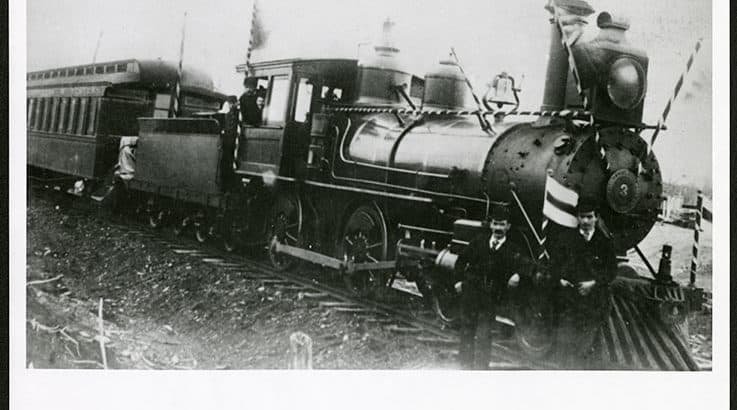 @NeedTrains and Millennials’ Newfoundland Railway Nostalgia
All aboard as the guy behind @NeedTrains sheds light on Newfoundland and Labrador’s once glorious railroad history—and very unlikely future.