The City sells some land, Cllr Carl Ridgeley is heading to Gander, and the Royal Canadian Navy is closing a road.

So, you might have noticed this week’s regular council meeting took place on Tuesday. That’s because Monday was St. George’s Day.

Mayor Danny Breen remarked this is the last council meeting during National Poetry Month—which was marked by a poetry reading at the start of each council meeting.

City of St. John’s Poet Laureate Mary Dalton introduced Sharon King-Campbell who recited a suite of poems: “Whale Call” and “We’ve Angered the River God”, both featured in her collection This Is How It Is (Breakwater Books).

“Words tear apart in this wind. We practice reading lips. Here we are on a three-quarter thrust of granite, grass-carpeted. The ocean is our audience,” King-Campbell said.

There were more councillors in attendance than last week. Deputy Mayor Sheilagh O’Leary was absent, as were Cllrs Jamie Korab and Ian Froude—who were both absent last week too.

“The Rear Yard where the Accessory Building is proposed, falls within the floodplain buffer. As per Section 4.10(4)(a) of the Envision Development Regulations, Council may permit the development of an accessory building within the floodplain buffer and are exempt from referral to the Environmental and Sustainability Experts Panel under Section 4.10(6),” said Cllr Carl Ridgeley.

At last week’s council meeting they voted to update the City’s current social media policy. Cllr Ron Ellsworth said at the next regular council meeting he’ll move to rescind the City’s Corporate Social Media Usage Policy which was made back in 2010.

Cllr Sandy Hickman followed that up with his own notice of motion, saying he’d be moving to rescind a Council Resolution Policy for Replacement of Service Laterals when Redeveloping Residential Property, which was approved back in 2008.

Likewise, at last week’s council meeting they also voted to update this policy and needed to axe the old one.

Cllr Carl Ridgeley is going to attend the in-person 2022 Municipalities Newfoundland and Labrador Municipal Symposium in Gander from May 5 to May 8.

Council voted unanimously to send him. The registration fee for in-person participation is $300.

Included in the agenda is some background information on the event. Like last year, the symposium is a hybrid event where people can attend virtually and in-person. There will be sessions on regionalization (a hot button topic for some), governance, and the municipal Code of Conduct Act, among others.

Deputy Mayor O’Leary and Cllr Froude will also be attending—albeit virtually. Mayor Breen is attending as well, in his capacity as St. John’s Director on the Board of Directors for Municipalities Newfoundland and Labrador.

The City is selling land adjacent to 188 New Pennywell Road.

The City departments looked into it and have no problems with the sale, and staff have valued the land at $1.25 per square foot, said Cllr Debbie Hanlon.

The area is about 33640 square feet, so the sale price is approximately $42,048.75, plus HST and an administrative fee. The purchaser would also be responsible for providing a survey which will determine the exact square footage and the cost will be adjusted, she said.

“Councillor, This is a Wendy’s”

Council voted to enter an easement agreement with the operator of Wendy’s in the Village Mall parking lot at 430 Topsail Road.

“The Legal Department has been approached by the operator of Wendy’s in the Village Mall parking lot to enter into an easement arrangement to allow for the installation of underground wiring to facilitate the lighting of their sign. The Legal Department has circulated this request to the required departments, with no objections noted,” said Cllr Jill Bruce.

Staff have put the value of the land at $1.50 per square foot for the easement and as there’s approximately 150 square feet, the approximate easement price of $225.00, plus HST and an administrative fee, she said.

The operator of Wendy’s will need to provide a survey which will determine the exact square footage and that will be adjusted accordingly, she said.

Road closures are coming this week for the Battle of the Atlantic Ceremony at the Royal Canadian Navy’s request.

“So happy to see everybodys coming back, eh? I heard the Blueberry Festival is on too,” said Cllr Hanlon.

On May 1, Water Street from Holloway Street to Cochrane Street will be closed from 8 am – 11 am. Resident access will be maintained at Queen’s Cove, she said.

Military Police will be there to implement the road closure (usually it’s the RNC doing that type of work).

Cllr Hickman said he attended Destination St. John’s annual meeting earlier that day and had some good news: the organization was able to “weather the storm very well, financially ” and is now in full-operating and marketing mode. The word is that this summer’s tourist season for St. John’s looks promising.

He also added that car sharing service Turo is setting up shop here next month, which will help ease the pressure over the shortage of rental cars.

“It certainly bodes well for a major increase in tourism this summer and I was pleased to be there and representing council, because I think it’s a very important industry as well,” Cllr HIckman concluded.

Cllr Hanlon wanted to wish the Growlers good luck in their bid to take back the Kelly Cup like they did in 2019. She also hopes to see more people in the stadium.

Cllr Ophelia Ravencroft said she’s heard from her Ward Two constituents over a broken staircase at the bottom of Carters Hill.

“We are aware there was damage that has taken place there. There are barricades up. The public is being asked to respect those for the moment.”

As well, she said the repair designs are being done and will go to tender soon, so the hope is to have the repairs done during the summer.

“Pedestrian thoroughfares are obviously very important to me. I want to reassure people that we are on top of this one. Please know we are aware of the significance of this thoroughfare in the area and we’re doing what we can to make sure that it gets fixed up,” said Cllr Ravencroft.

As well, she wished everyone a Happy Lesbian Visibility Day—adding she believes she is the first out lesbian elected to St. John’s City Council.

“I was just engaging with some social media discourse on this prior to the meeting and the incredible history of lesbian clubs and lesbian community within our City. Which is really quite remarkable and perhaps not as publicized as I’d like it to be.”

She also encouraged people to take a moment to consider their contributions to the community.

Mayor Breen had the final word, pointing out the Folk Festival has announced it’s coming back to Bannerman Park this July, “so it’s great to see those events come back.”

He also listed a few other upcoming events to look forward to, like the Royal Tour stopover to the City on May 17. There’s also the Pedestrian Mall and the Royal St. John’s Regatta later this summer as well.

“Looking forward to being able to get out and enjoy them this year,” he said.

What to Do After You’re Dead in Newfoundland & Labrador
There’s no avoiding your final destination. But there are lots of options—with different costs and carbon footprints—for relinquishing the body you leave behind. 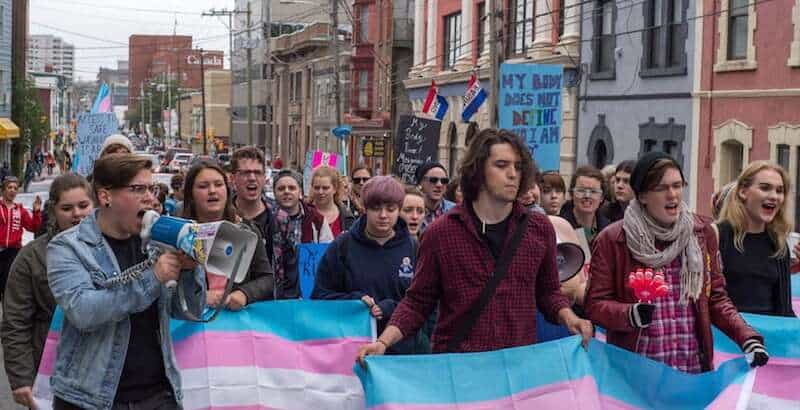 NL Among Most Gender-Diverse Provinces: Statcan
2021 Census data confirms what advocates have been saying for years: NL has a large & growing gender-diverse population in need of services.