Our time will come…

There’s stew in the crock-pot and a number of teacups in the sink. While some are looking for robins and photographing crocuses in other parts of the country, the former trimmings are signs that spring is here in Newfoundland and Labrador.

It might be the case that the most convincing data to prove that a change of season has occurred was written on the calendar last month. For their part, icebergs saddle up to warm drinks and thick soups in order to provide another glimpse of spring.

We see your shorts, Ontario, and raise you a photo series from Torbay, Fort Amherst, Bonavista…

While it may be difficult to use recent weather conditions in Newfoundland and Labrador as materials with which to draw lines between winter and spring, perhaps it’s best to consider the seasonal words of Mark Twain right now: “In the spring I have counted one hundred and thirty-six kinds of weather inside of four and twenty hours.” Our counting skills are honed year-round, it would seem. On the Avalon, the coming and going of winter, throughout the winter, becomes the coming and going of spring (which bears much resemblance to the season that went before it) until summer, basically.

We know this, don’t we? Recall: the line about not living here for the weather. It seems to come up with greater frequency this time of year.

In spring, what a person here really has to do is believe that warm weather will come, and that it is possible to grow food, when it is time.

In spring, what a person here really has to do is believe that warm weather will come, and that it is possible to grow food, when it is time.

I’ve written about indoor gardening before, and this is something that is common to begin doing here in spring in order to ensure that you are ready for outdoor planting when the time comes, because it will come, but it will pass quickly, and you will have to make the most of it.

Timing seed starting has always seemed tricky to me. It is often a “hurry up and wait” kind of affair. You can ready some seeds (tomatoes, peppers, onions, lettuce, Swiss chard, cabbage, broccoli and other brassicas) in April and May, but the majority of outdoor planting does not begin until June. Perhaps it’s a result of too many gardening stories in mainland newspapers that has me thinking I should be gardening outdoors in May like my Canadian connections. The thing is, we’re not in Canada. Better to begin your Newfoundland and Labrador gardening in reference to those who garden here. Take the stories as sources of inspiration. Let them excite you, but be wary of the getting on outside.

The seasoned gardener (and farmer) in Newfoundland and Labrador knows better than to plant too early. Hardier crops that can withstand frost (ie. Kale and spinach) may be planted when the ground thaws, but it’s an old tradition to wait on planting the rest of the garden until after the full moon in June (which falls on the 4th this year), or the first weekend after May 2-4 (if you just can’t wait an extra couple of days).

The first year that I lived in St. John’s, I attended a spring equinox event (hosted by Food Education Action St. John’s) that was all about planting seeds, sharing gardening information, and celebrating local food. The event, now a regular part of the season in St. John’s, has since been called FEASt Fest. In 2009, it took place during a snowstorm and was almost cancelled as a result. A boots-and-snowsuit-clad group of people attended the event, and two months later, some of the skills-sharing that went on came to be manifested in backyard, community, and container gardens throughout the city. March and April are months for preparation, and this month just so happens to be jam-packed with opportunities to learn more about how to plan your garden.

In the meantime, have heart. There are a number of climate-related adages that may bring some peace of mind when applied to growing food. Rain is good for the garden, frost makes carrots and turnip sweeter, cold weather makes members of the brassicas family (cabbage, broccoli, Brussels sprouts, and kale) more delicious. So yes, we need the sun, and I’m sure some of us would like to feel the warmth, but it doesn’t hurt to remember that our time for it will come on its own schedule. As we have before, we will make do. So, let’s buck up and toast to spring, for what it means here, even if it is a season dressed in winter’s clothes. 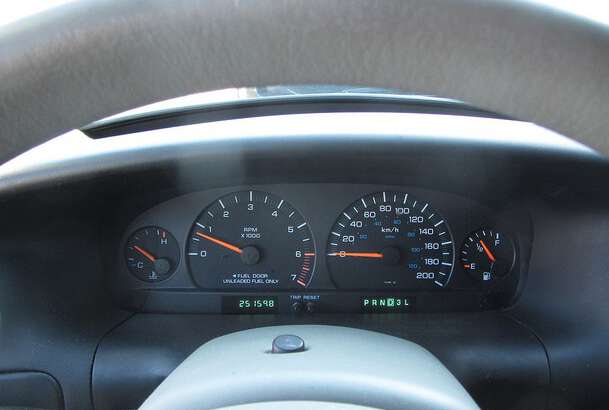 You did what?!
Biking in Canada is an expensive prospect

A belated preamble
Our host introduces himself...