City Councillors are dedicated, hard-working people, and we shouldn’t blame them for being stunned

In the wake of outrage over the destruction of Quinnipiac historic house at 25 Winter Avenue (the 130-year old house that was once home to Fredrick Emerson, one of the 20th century’s biggest proponents of Newfoundland heritage), St. John’s City Council has engaged in what some consider an odd process of self-recrimination, lamenting the destruction of a house whose destruction they themselves authorized.

The March 24 VOCM story “We All Bear Responsibility: Heritage Laws to be Reviewed in Wake of Quinnipiac Demolition” quotes several councillors committing to work harder to protect the city’s heritage and prevent “tragedies” like this from happening again. They plan to update the regulations which they routinely overrule. They plan to do a better job reviewing proposals for heritage status (which in this case they ignored).

Heritage activists have kindly stepped up to bat by taking some of the blame, admitting their tireless efforts to save the home could have been more…tireless. But as for City Council, is it really fair to blame them for something that was under their control? Is it really fair to point the finger at those responsible for what happened?

Not really. I’ve got to side with City Council on this one.

After all, it’s like potholes. Everybody blames City Council for the potholes around town, but it’s not their fault, really. It’s the weather. And it’s us. We’re really the ones to blame for the potholes. If we didn’t drive around, on roads, in cars, there’d be less potholes. So let’s not be pointing fingers.

And if there are some parts of town with excessive potholes, maybe stretches of roads where the potholes have caused accidents, let’s not do anything hasty that we might regret later (like fix them). What we ought to do is set up a committee of experts at City Hall to study why City Council isn’t getting around to fixing the potholes. Appearances can be deceiving. There may be more than meets the eye. We don’t really know why they aren’t fixing the potholes. They probably don’t either. Just because City Council could fix the potholes, doesn’t mean that it’s fair to blame them if they don’t.

After all, maybe we need to overhaul our definition of ‘pothole’. Unless we have a clear sense of the appropriate size, shape, and depth of a pothole, there’s no way to know where to begin with such a project as fixing the ‘potholes’. And unless we know where all the potholes are in the city, until we have a good solid evidence-based inventory of potholes, based on comparative analysis from other jurisdictions, we can’t very well decide where to start in fixing them.

To quote the Internet: “One does not simply fix a pothole.”

Anyway, heritage structures are kind of like potholes. We all know they’re there and that they’re hard to navigate when they get in our way; sure we could fix them but that would take time and money, so the best thing to do is to either ignore them or hit the gas (or wrecking ball, should you happen to have one) with a rebel yell.

(Did the fellow doing the demolition work on Winter Avenue do it with a rebel yell, I wonder? Or was he maybe singing, “We’ll rant and we’ll roar” from the Ryans and the Pittmans, that iconic song whose publication and preservation has been associated with the house. Well, let’s not blame the excavator. All he did was pull the trigger, and you knows you can’t be blamed for that when you’re making good money.)

But it’s really not fair to blame Council either. I mean, all they did was approve the demolition permit. It’s not like they came up with the idea or anything. And it’s not like they should have expected the profiteer who bought the place to actually go through with the demolition once they approved it. I mean, if somebody gives you a $100 gift certificate for groceries, are you actually gonna go out and use it? Like, really?

And yes, it’s true they also ignored the recommendation of their own heritage committee that the building be designated a heritage structure. But it’s not like that would have saved the building. Well, okay yes it probably would have. But that’s beside the point! And either way, Council has now renewed its commitment to taking recommendations for heritage structures more seriously. If somebody had bothered to warn them about the outcry this one was going to spark, they might have taken their own committee’s recommendation more seriously in the first place. Once again: we’re all to blame here.

So no, let’s not blame City Council.

After all, they’re as horrified by what happened as the rest of us. That’s why they’ve committed so firmly to ensuring they never approve anything they disagree with again. And if they do, that it will require more paperwork for all involved. After all, time may heal all wounds, but paperwork blunts the pain.

Perhaps what they could do is develop a safeguard. Some sort of a body, comprised of people elected to represent the average citizen. And before decisions are made that affect our collective city and its sense of identity, those decisions would have to be reviewed, debated and approved by that body; taking the interests of all of us into account. It’s a bit of a radical idea, I know. But surely we need some oversight? Somebody to take responsibility?

Maybe a bit of leadership development would help too. Judging by the comments made after the demolition, councillors were as appalled as the rest of us at what they had allowed to happen. Deep down, they must not have wanted this to happen. Maybe they just need some assertiveness training or something. Something to give them the courage to say what they really think and feel at Council meetings. Peer pressure is a powerful thing. Especially when it’s backed by dollars. A bit of counselling for councillors might not be a bad idea.

Anyway, let’s stop pointing fingers, because the only thing that leads to is poked eyes. City Council is not to blame for this. We all are. If you weren’t standing in front of the excavator protecting that house with your own body, you can’t very well complain after the fact. You’ve gotta walk the walk if you talk the talk. Put your money where your mouth is. Or at least, in the right pocket.

City Council has a tough job. They have to approve things and then dodge the blame for the things they approve. That’s not easy for anyone. That’s why we pay them the big bucks. And besides, we all benefit from this! Instead of having to pay for the upkeep of a historic part of our collective cultural heritage, now the land can be developed in ways that will bring back more revenue to the city as fees and tithes and property taxes! Money that can be spent on studies to measure the size of potholes! And to hire private sector experts in potholes! And parties to launch the studies of pothole-sizes! After all, you wouldn’t want your property taxes to go up, would you?

Don’t blame City Council. Because—following in the fine tradition of people who do things they would really rather prefer not to, but simply can’t resist the jingle of some pieces of silver—they clearly know not what they do. 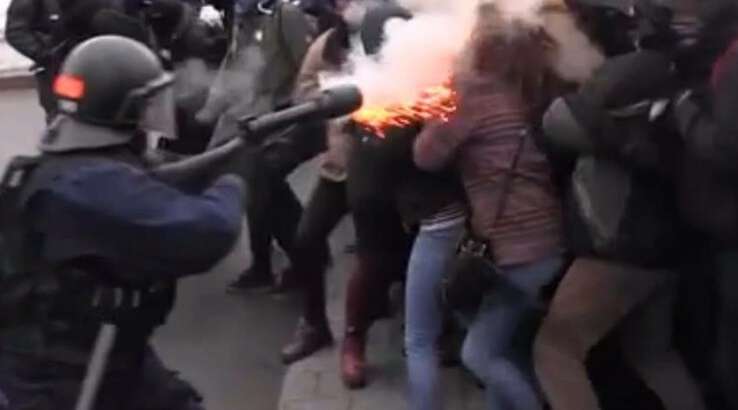 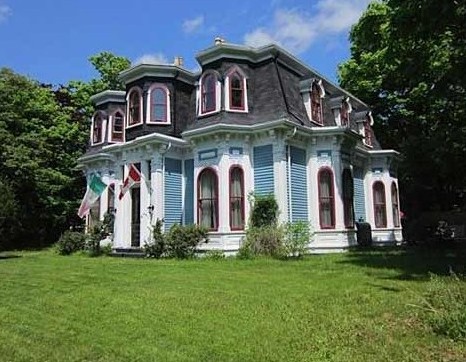 Quinnipiac: The Grand Old Lady is gone, but all is not lost
It's time for a renewed commitment to heritage in St. John's, and to remind ourselves just why it's so important.