A little over a month ago, the provincial government announced the composition of its “independent” panel to review fracking in the province. As many of us are aware, the panel was announced in August as follow-up to the temporary moratorium on fracking which resulted from massive public opposition to a proposal to introduce the controversial method of oil and gas extraction on the west coast of the island. And although the panel hasn’t yet met, it’s already drawing fire from many quarters.

I’ll leave it to others to critique the backgrounds and expertise of those who are on the panel. My own critique would centre on who is not on the panel. There are some serious gaps, and these offer the most telling condemnation of the process.

Quite apart from the fact that it offers up the usual coterie of white men (40 per cent of them not even from this province), where are the representatives of the communities in question? The panel taps into the antiquated view that a bunch of prosperous scientists in research labs can tell us the best way to live our lives. These experts may know a lot about chemicals and rocks, but what they don’t know is what it’s like to live in a community next to a fracking zone. They don’t know what it’s like to live with the daily fear of water contamination, of unpredictable geological activity, of mining activity disrupting the routine behaviour of the animals you hunt or fish (or your clients hunt and fish at the tourist lodge you run that keeps your community alive).

Where are the aboriginal and First Nations community leaders to share their indigenous knowledge of the area and the ecosystem and to assess the impact it will have not only on the natural environment but on indigenous communities in the area? First Nations have borne the brunt of fracking projects elsewhere in Canada; the social upheaval alone is reason enough to draw on this knowledge and try to avoid the sort of public uproar and violent confrontations that have occurred elsewhere in the country.

Where are the Parks Canada representatives? They’re the ones who know Gros Morne inside and out. They live and breathe the park. The notion that some guy plucked out of his million-dollar lab in mainland Canada can tell us something more useful than those who know every leaf and flower in the park illustrates the very height of technocratic sleight-of-hand.

While it is true that the panelists can seek out these people for their input, there is a stark difference between providing input, and being the ones at the actual table, weighing information, deciding who to talk to and what questions to ask. Diverse perspectives need to be at the table from the outset, not solicited to add token credibility after the fact.

The panel needs to ensure that maximum effort is undertaken to allow public, transparent involvement. The Nova Scotia fracking review featured a website to allow members of the public to submit their views without having to attend meetings. Initial drafts of the report were posted online for public comment, which was taken into account in subsequent revision. Considerable efforts were made to ensure the process was as interactive and accessible as possible. That set a standard which, at a minimum, people will expect to see followed in this province.

What does ‘independent’ even mean?

Perhaps the problem lies with the very word ‘independent’. Because you see, there is no such thing as independent in this situation. The scientists rely on oil and gas funding for their research; or rely on funding from governments who themselves are overly reliant on oil and gas funding. Community members are not independent because they will have to live with the results — yet for that very reason their opinion should bear the greatest weight.

For that matter, why are we even trying to be ‘independent’ about it? That’s passing the buck, really. It’s saying ‘we don’t have the gumption to make a decision because this is a divisive issue’. It’s the reaction of a government that lacks the will, courage or confidence (take your pick) to choose between an industry that wants to make billions of dollars from fracking on our island, and communities full of people (families, citizens, voters, neighbours) who by and large are against it (a recent NTV poll found only 19 per cent support for fracking – a pretty decisive statement).

I love science, and I’m all about it. Science — more of it, good, publicly funded science, without industry strings attached (or government muzzling imposed). Science in the schools. Science on the radio. Science — bring it on!

But this decision ultimately is not about science. It’s about whether a community wants to have fracking going on in its immediate vicinity. A lot of things go into that decision. Science is part of it. So are a lot of other things: opinions, priorities, lifestyle, preferences. This decision is not up to scientists to make. It’s up to the people in the community.

The only good thing about the situation is that there’s an election next year. This is not a scientific decision: it’s a political one. And instead of shucking off the decision to a gang of scientific administrators, let’s see which political party has the guts to make a decision and be publicly accountable. The panel won’t be submitting its report until after the next election, allowing government to atrociously dodge electoral accountability over its response to that report. But we can still demand accountability from the parties seeking our vote. In New Brunswick, fracking became a key election issue when the Liberal Party committed to a moratorium on it. Do any of our parties have a similar level of gumption and guts?

Only time will tell. 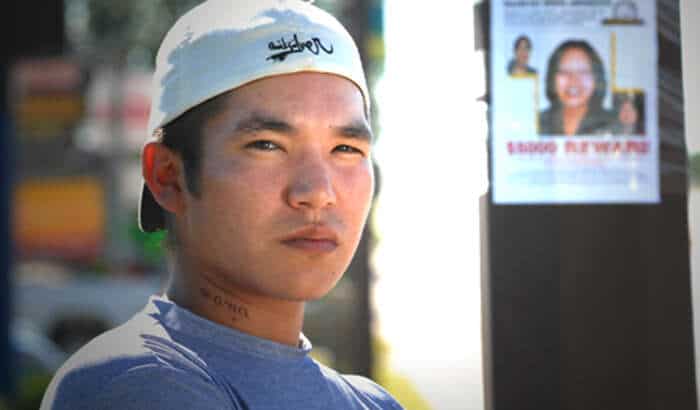 Stolen Sisters: Victims are only half of the crime
Violence against Aboriginal women is not just about Aboriginal women; it is equally about those who commit the violence and the societal values and cultural…

Blue sky, red light — a disturbance all right!
The discussion about group homes and staffed residential care in our communities ought to be focused on how to support them, not deny them