In a May 29 interview with The Independent, Liberal post-secondary critic Scott Reid announced the Liberals would support the continuation of the tuition freeze at Memorial University. That statement came just over a month after the governing Progressive Conservatives announced they would only be keeping the tuition freeze for Canadian undergraduate students. However, in a taped debate on CBC’s On Point that was aired over the weekend, Liberal leader Dwight Ball suggested he wanted to narrow the freeze down to only include students from Newfoundland and Labrador.

In retaliation, Premier Paul Davis announced today that his government intends to narrow the tuition freeze even further, to include only students from the Avalon Peninsula.

“Students from rural parts of the province will still be able to avail of one of the most affordable post-secondary systems in the country,” said Davis. “But as a party of predominantly townies with roots here on the Avalon Peninsula, and in a time of dropping oil prices and serious fiscal restraint, we have to look after our own people first.”

Liberal Party insiders now say that an announcement to further clarify their position on the tuition freeze is forthcoming next week. According to our sources, the Liberals intend to announce a continuation of the freeze for all students from the Avalon Peninsula whose first name starts with one of the last 13 letters of the alphabet, in addition to all students with brown or blonde hair and blue eyes.

“The idea is that we have to support our own people first,” said a Liberal staffer under condition of anonymity. “I think it’s quite clear that gingers don’t deserve to have their fees subsidized. I mean, nothing against gingers—they play an important role in our economy—but it’s only logical that we look after our own first.”

Speculation among PC Party insiders is that an announcement from the Liberals could spark a further clarification on the tuition freeze from the Davis government.

According to one party insider: “We’ve done modelling to see what the impact would be if we restricted the freeze to students from the Avalon with brown or blonde hair, blue eyes, first names starting with the last 13 letters of the alphabet, and a minimum of 60 moles on their body. The numbers look good. We’re committed to making the tough decisions necessary in this fiscal environment. If we have to count moles, we’ll count moles. The falling price of oil gives us little choice but to count moles as part of an evidence-based approach to post-secondary policy development.”

Earle McCurdy, leader of the New Democratic Party, reiterated his own party’s commitment to a universal tuition freeze for all students. “We recognize that this policy is vital to the province’s immigration strategy; that accessibility to post-secondary education is important and that we need to maintain the freeze in order to attract students and workers in a challenging fiscal environment.”

He added, however, that the grants program would henceforth be restricted to students who own orange pyjamas.

University president Gary Kachanoski couldn’t be reached for comment as he was on an all-expense paid vacation in the Seychelles as a requirement of his employment contract. However we were able to reach Memorial University’s new Vice-President of Thrift Management, Frank Lyer, who answered questions via a live satellite feed from the Memorial Administration flagship yacht SS Intrepid, currently en route to a meeting of the university’s Planning and Budget Committee being held in the Cayman Islands.

“We have little choice but to accept this decision,” said Lyer. “We all have to share the burden of the cuts. The President had to give up a personal week-long Thai cooking class in southern Thailand with Jamie Oliver. This isn’t easy for any of us. But we’ll share the burden, and we’ll get through it.”

Shortly before docking for a recruitment fair in Jamaica, the vice-president emphasized that whatever happens, Memorial’s fees would remain among the best in the country.

“Our research indicates that all the fee models currently under review will maintain Memorial’s position as the most affordable university for red-haired students of Tibetan descent living in eastern France. I think it’s important to keep these things in perspective.”

Students have expressed their outrage over the shifting positions of the province’s parties. But Ball emphasized that government needs to ensure the university remains competitive and that high tuition fees are an essential strategy for attracting students.

“I mean, imagine you’re trying to get across town, and you call a cab, and one cab company offers to get you to your destination for $20 and another one offers to get you there for $30. Would anyone in their right mind take the more affordable option? Hell no! Quality matters. A plush velour interior with ambient lighting and leather instrumentation panels are vital for any decent spin up to the Mall. And that’s the smart fiscal thinking with which we intend to govern this province.”

Editor’s Note: This article is a piece of satire. At least, so far as we know. 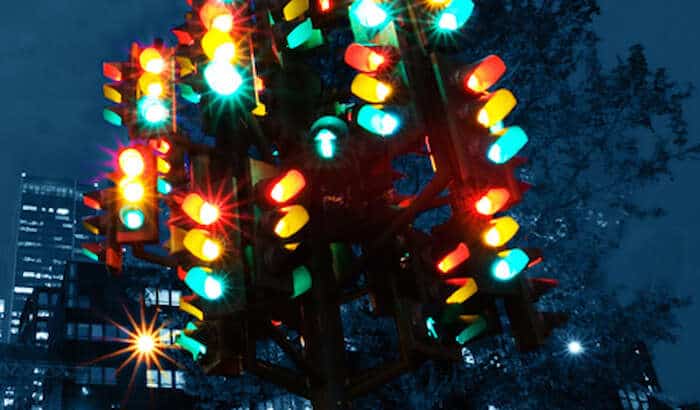 Traffic-Lights and Human Sexuality
"In the same way that we cannot will the traffic-light to be green when we want to go, we cannot will people to be sexual… 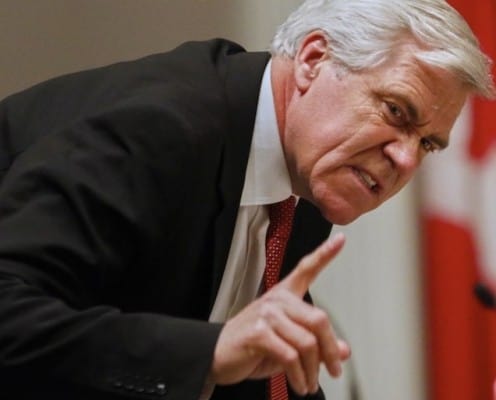