Is NL about to repeat the worst mistakes of 20 years ago?

Privatization will cost the province—and its taxpayers—much more than if we keep services public.

One can forgive the provincial Tories for being a bit stressed and flustered these days.

One might even be willing to forgive them for having crossed their fingers and hoped that optimistically high oil prices would linger a bit longer.

What we cannot forgive them for, should they blunder down this path, is ignoring the lessons of the past 20 years and repeating dire financial and public policy mistakes, the errors of which we have already painfully and expensively learned. To hear Premier Paul Davis mention privatization of public services as a possibility should give us all cause to worry.

Privatization is expensive and does not save money

The first of those lessons we should by now have learned is the myth—which for most of the civilized world has been debunked—that privatizing public services is a way to save money.

It’s not. The myth that the private sector is somehow wiser, more efficient, and able to provide services more cheaply than the public, was a dominant view about 30 years ago, back when Ronald Reagan was president and Justin Timberlake was in nursery school.

Now, Justin Timberlake is all grown up and 30 years of research has revealed that the private sector is, all too often, in fact clumsy, greedy, inefficient, and wasteful, especially when it comes to providing formerly public services and infrastructure. Moreover, without the firm supervision of government it offers poor and sometimes dangerous services while lining the pockets of a few greedy businesspeople.

The evidence is overwhelming.

What do you have against the private sector?

But it is not up to the task for things like building or operating roads, hospitals, schools, and long-term care facilities.

If the private sector does a poor job at the things that they do, then we stop going to their movie theatres, we stop wearing their hats, we buy a competitor’s bologna sandwich or we go out for curry instead. If our recliner breaks, we invoke our warranty, or we stop buying from Sears and switch to Ikea. Or vice versa.

But if our schools are shoddy, our kids get sick and receive a poor education. If corners are cut in our hospitals, people die.

The general theory behind privatizing things is as follows: It’ll save money. If government lags behind on a project…it lags behind on a project. Being government, it can do that. But if the private sector lags behind on a project, or does poor work, it goes out of business. Therefore, it has a greater incentive to do good work. Also, being competitive, it will offer a better price. It’ll pay its workers less than those public sector workers who get to negotiate a fair wage through their unions. All of this, theoretically, translates into savings for the taxpayer. That’s the theory.

Only, none of it is true.

The problem with privatization is that the private sector is not competitive when it comes to bidding on government projects. It knows the government needs that hospital built, or that road repaired, or the trash picked up, so private contractors jack up their rates and charge governments far more than the going market rate. Government no longer has a choice—it has laid off all its own public sector workers—and accepts the lowest bid, which is already much higher than the going market rate, or what it would have cost government to do the project itself.

What’s more, when signing a contract, private sector companies often include clauses guaranteeing that if material costs go up, or if the project falls behind schedule, then government—i.e. us taxpayers—has to pay the difference. What actually happens is private companies often wind up with an incentive to do poor work, fall behind schedule, and jack up the costs. They make money and we wind up paying more for a service, a hospital or a road than we would have if government—the public sector—had just done it on its own.

Unlike governments, private sector contractors have no accountability if their work is poor, behind schedule, or exceeds estimates.

In some cases—Ontario’s infamous toll roads, for instance—private contractors even write in their contracts that if they fail to generate a satisfactory revenue from charging tolls and fees, then government would have to top it up. Taxpayers get hit twice — first the higher cost of having the private sector build and operate the service, then in compensating for the private sector’s greedy profit/revenue demands.

Costs are also higher because governments have to establish new infrastructure and bureaucracies to administer the privatization and the private sector partnerships. Private companies don’t exactly open their books to the public, so it’s often impossible to tell whether private sector spending is legitimate, or whether they’re fleecing the public purse.

And unlike governments, private sector contractors have no accountability if their work is poor, behind schedule, or exceeds estimates. Governments, on the other hand, have the ultimate in accountability — facing the electorate every few years. Not to mention open books, and auditors-general who inspect them on a regular basis.

Privatization is virtually guaranteed to result in costliness and inefficiency. We wind up with poor services, we wind up paying more for them, and private companies and contractors run off with our money, laughing all the way to the bank.

But there must be a way to avoid all these outcomes, you say, mustn’t there?

Yes, of course there is.

The Auditor-General of Ontario released a damning report late last year which reviewed 74 public-private partnerships in that province, and determined over the past nine years they cost the provincial government $8 billion more than if they had been managed solely by the public sector (provincial government). Private sector involvement drove up the costs considerably (to $36 billion, from $28 billion).

A study conducted by the Canadian Centre for Policy Alternatives (CCPA) earlier this year revealed that a proposal to privatize hospital laundry services in Saskatchewan would come at a considerable loss to the province and its people. “The decision to close five regional laundries and centralize laundry services through Alberta-based K-Bro Linen will decrease the income of the residents of Saskatchewan between $14 million and $42 million over the next 10 years in comparison to public options. The laundry plant closure in Prince Albert alone will result in 74 jobs lost, cause a decline in labour income of $2.5 million in the region, and a decline in regional GDP of $3.7 million.”

Moreover, the study pointed out, large-scale private corporations often send their money—i.e. reinvest their profits—abroad, as opposed to public sector workers who spend their income right here in our communities and in our province.

A proposal to privatize liquor stores in Saskatchewan was the topic of a study also conducted last year by the Parkland Institute and the CCPA. It compared Saskatchewan’s publicly-run liquor system with Alberta’s private sector system, and once again the public sector came out on top:

In 2013, Saskatchewan’s integrated liquor business had a return on investment of 64%, while Alberta’s wholesale-only operation had a return on investment of only 46%. If the SLGA earned the same rate as Alberta’s liquor system in 2013, it would have foregone $65 million in net income. Even accounting for the one-time revenue generated by the sale of the SLGA’s retail assets and the potential corporate income tax paid by private retailers, the province would stand to lose substantial revenue from privatization.

The problem isn’t confined to Canada; research in other jurisdictions also routinely exposes the myth of private sector efficiency.

In the United Kingdom, the UK government has increasingly turned to private partnerships in health care, particularly when it comes to building hospitals. A 2012 investigation by The Guardian revealed dramatically higher costs when the private sector was brought in. For instance, the actual cost of rebuilding Calderdale Royal Hospital in Yorkshire was determined to be £64.6 million, but a private partnership raised the pricetag to £773.2 million. Building the new Walsgrave district general hospital in Coventry was pegged at a cost of £379 million; the eventual cost under a private partnership was determined to be £4 billion.

These aren’t just minor cost overruns. This is highway robbery, with taxpayers as victims and the private sector as robbers.

A total of 717 contracts were reviewed by The Guardian. These included “new schools, hospitals and other public facilities with a total capital value of £54.7bn, but [after private sector financing] the overall ultimate cost will reach £301bn by the time they have been paid off over the coming decades.”

“Paid off”, by the way, means from our tax dollars.

Turning to the US, a 2011 study by the Project On Government Oversight determined that “The U.S. government is wasting billions of dollars each year paying contractors to do work that could be done for nearly half the price by federal employees…Of the 35 job classifications that POGO studied, contractor billing rates were on average 83 percent higher than what the government pays federal employees. In one instance, contractor billing rates were nearly five times higher than the full compensation paid to federal employees performing comparable services. Contractors were more expensive in all but two of the occupations…”

The evidence goes on and on and on. But the conclusion is simple: Privatization does not save money. This is not to tar all private contractors with the same brush — there are a few good eggs still out there. But they are a sad minority, are often quite small, and they’re not the ones trying to wrest government contracts away from the public sector.

The evidence goes on and on and on. But the conclusion is simple: Privatization does not save money.

Privatization sounded clever when Ronald Reagan and Margaret Thatcher started preaching the ideology, but after almost 40 years of doing it, we have plenty of research and analysis to look back on, and the evidence overwhelmingly points to the fact that privatization does not work. It neither saves money, nor does it provide adequate services. And it puts us in a worse position in the long run.

It’s the public policy equivalent of those payday loan scams: short-term gain for long-term pain. Do we want a government that falls for that sort of a scam?

Twenty years ago, when the Liberals under Clyde Wells were elected, they promoted privatization in a highly irresponsible way. In addition to the high-profile struggle over privatizing Newfoundland Hydro (a proposal which incurred widespread public opposition), the Liberals also cut back dramatically on post-secondary funding and encouraged the private sector to fill the gap. The result was a growth in unstable and inferior quality private colleges, the most dramatic outcome of which was the high-profile bankruptcy of Career Academy in 1998, leaving thousands of students and employees in the lurch. At that time, evidence pertaining to the problems with privatization was just beginning to trickle in. Today, the evidence that privatization has been a spectacular failure is overwhelming and irrefutable.

To err once is human.

To err twice, and in the face of overwhelming evidence, as well as the benefit of experience, is sheer stupidity.

And unless that’s how this PC government (or the Liberal government-in-waiting) wants to go down in history, let’s hear no more talk of it. 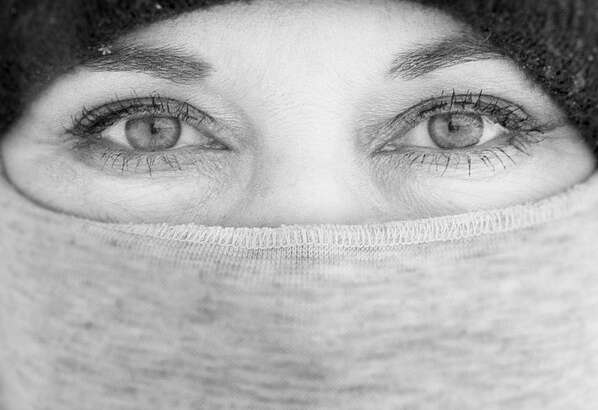 An International Women’s Day reflection
There are a lot of unhappy facts to face when it comes to gender equality. But there is also hope. 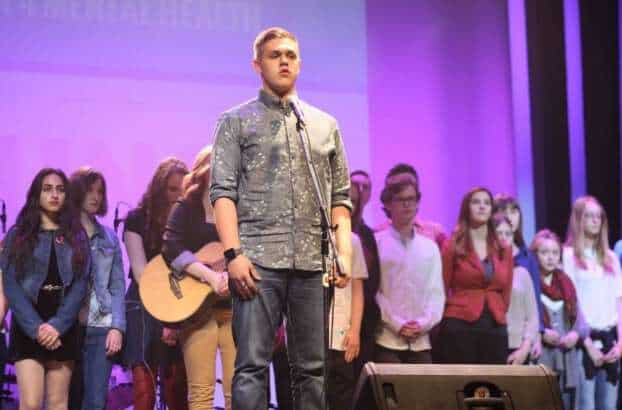