It’s not about a hotel

Really, all the ado is not about a hotel.

If St. John’s is so awash in tourists that we need a new hotel, nobody is going to argue. Nobody minds a new hotel for the tourists. It’s work for contractors, it’s work for staff, it’s money for the local economy.

What this is about is entitlement.

It’s about a elite business community which really contributes very little to this city (trickle-down economics never worked; what’s more important is that the rich pay their taxes rather than stashing it in offshore bank accounts), yet considers that the city ought to jump through hoops, waive regulations and give them whatever they want on a silver platter whenever they ask for it.

This small city doesn’t have much. It’s got an unemployment rate twice the national average (the second highest of any Canadian city), overcrowded hospitals, no family doctors taking patients, potholes, a 17 percent drop in home sales over the previous year, and household income is at its lowest level in over two decades.

What do we love about it? We love our neighbours. We love the fact you’re more likely to get a half case of beer on your doorstep from a friendly neighbour than a car bomb or land mine. We love the freedom to roam out into the woods when the mood takes us, pitch a tent and cast a line into the water, and then enjoy a slow sunset with trout roasting on the fire and scallops in the bucket.

And we love our harbour.

We don’t have much in this city. But we have a harbour, with a view that signals comfort and hope to us all, despite all the failures of our politicians and institutions. That harbour means something.

It’s what brought many of our ancestors to this place. It’s the last sight of land seen by countless ships that have set forth for the fishery or the seal hunt or the offshore oil fields, far too many of which have never returned.

And it’s darn beautiful. Like I said, we don’t have much in this city. But we’ve got each other, and we sure as hell deserve to sit down for a spell at the end of a long day, slogging it out for employers who pay too little and demand too much, and sit and enjoy a sunset reflecting off that harbour.

When they say they’re going to put a hotel in the harbour, it’s not just the hotel we object to. It’s the fact they’re saying that a bunch of transient tourists deserve the finest view in the city, and all the hardworking residents slogging it out year after year to stay here and try and make something of this place, can go slag off and stare at the crumbling facades of their houses or the potholes.

It’s the fact they’re saying that the right of a handful of stuffed up elites with their condos on Duckworth Street deserve to pocket the profits from that harbour, rather than share out the joy of a harbour view with the rest of us, that galls us.

If it were really contributing something to this city, then maybe it’d be worth it. But it’s not. They’ve turned Harbour Drive into a cheap knock-off version of Halifax. Boutique hotel? All I see is an ugly box with tacky signage that costs more than any honest working Newfoundlander can afford to stay at.

These are not “investors looking to invest in our city.” These are entitled prigs looking to make a quick buck off of a city they think is too beleaguered to say no to their half-baked scams. As for that excuse that it’s money for the local economy? Well surely if there’s money to be made, it can be made just as well in the west end of downtown, or some other underdeveloped part of the city that could use a hotel more than the already over-crowded harbour. Any business plan which relies solely on a single location near the harbour to make a viable hotel, is not a business plan anyone with any common sense would risk investing in.

It’s not about the hotels. It’s about the sense of entitlement that leads the handful of hotel developers in this city to think they deserve to shut the rest of us out from the little that this place has to offer. It’s about the sense of entitlement which leads them to think they deserve an exemption from the same municipal regulations that the rest of us have to follow. Gee, I really don’t like having to pay my taxes. But do I get to apply for a tax exemption the way they get to apply for a zoning exemption, or a building height exemption? Do I get to stick up a big fence blocking off my neighbour’s windows, because I think it’ll profit me somehow? No. So why should they?

This whole notion that it’s somehow about tree-huggers versus progress is the biggest con job the developers have ever pulled. There’s nothing about the tacky, ugly hotels lining our harbour that speaks progress.

It’s about a bunch of entitled arses who think they have the right to take what little we have left in this city, and yank it away from us for the sake of earning themselves a few more dollars.

And it’s about a city council that seems to lack the courage or conviction to tell them otherwise.

Now that’s a view that would be worth paying for. 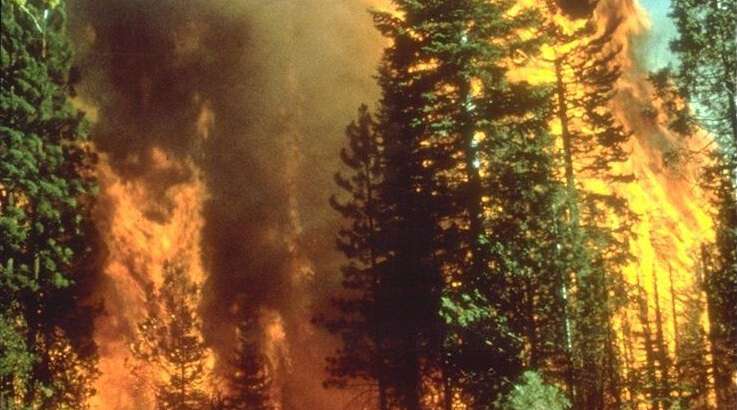