A looming deficit is no justification for making awful decisions.

Well, it’s already started. The dropping price of oil is being used as an excuse to voice all manner of bad ideas which were hitherto unvoiceable. And, worst of all, people appear to be falling for them: hook, line, and sinker.

The smokescreen thickens, along with the plot. A billion dollar deficit! Shut it all down! Sell everything! Man the lifeboats — politicians and Board of Trade first!

As though panic is the way to respond to a hint of crisis. If the province were a boat, our government would be leaping into lifeboats and scuttling the ship at the first sign of a thundercloud. Sadly, the province is not a boat, and so we’re still saddled with said government — a government that appears more prone to panic than percipience.

All right, let’s take a look at what’s going on.

Shrinking the legislature: No. No. No.

The first and most asinine discussion that’s taking place—and to their discredit, all parties seem to be touting the [all-party?] line to some degree—is the idea that we need less seats in the House. This means less representation. This means, essentially: instead of struggling to have our voice heard along with 11,000 other people, let’s add 3,000 people to the mix and struggle to be heard among 14,000. At least, according to the government’s latest plan to cut 10 seats.

Well, that’s sure a noble spirit of sacrifice, fellow proletarians. Hold on now, why are we sacrificing? In a time of political turmoil, shouldn’t we be wanting our voices heard more, not less?

If our government is not working well now, how in the world is cutting off a few limbs going to make it work better?

Imagine you’re waiting in line at Wal-Mart, and there’s 50 people ahead of you. Then, just because you’re already running late, you invite five more people to stand in line in front of you. Does this make any sense? Well that’s precisely what the proposal to shrink the legislature does.

People talk about the fact we have the second lowest MHA-to-population ratio in the country as a bad thing. What the hell?

It’s the best possible thing in the world!

It means we are heard more loudly, clearly, and quickly than people in other provinces. It means our voices matter more. It means we have better access to our elected representatives.

It means our government is better than everyone else’s in this country, when it comes to representation.

Not smarter, mind you — not necessarily. But if not, we only have ourselves to blame. And not necessarily more open. But it is more representative. And that’s a win for us, the people.

So why in the world would you shrink the government? The excuse is that it will save money. Well, yes. But not very much, only $2.5 million. This is a very tiny amount compared to the size of the deficit we’re talking about. In fact, not enough to even make a dent in it. And now, we’ll have even less people working on trying to fix it.

Let’s put it in perspective — it’s less than half of what each one of those old Sea King helicopters cost (~$6 million). The two new ferries for the island are estimated to cost about $100 million. In fact, a single one of those embattled F-35 jets the federal Conservatives have been salivating over costs about $100 million each.

And we’re slashing our democratic representation for a piddly $2.5 million?

What I’m saying is this: we will lose far more, as voters and average people, from having less representation, than the provincial economy will gain from a few million dollars less in expenses.

People seem to be treating this like some sort of personal vendetta: “You! You nasty government that got us into this mess! Cut off ten of your heads!” (Figuratively speaking.)

But that accomplishes nothing, besides disempowering us as the electoral public and as constituents.

Funny thing is, we seem to be developing this collective cultural habit: When our government develops problems, instead of figuring out how to fix our government, we just get rid of it. Remember Commission of Government back in the 1930s? Of course, it’s no skin off the backs of our elected representatives any more now than it was 70 years ago. They’ll all comfortably slip back into their lucrative jobs as lawyers or corporate CEO’s (just as they did in 1934). The only ones who will actually wind up worse off—by having less voice—is us.

Sad to think we haven’t matured much in 70 years.

Much ado about…not a whole lot.

And then there’s the little jig being danced by our provincial government against Ottawa, over the CETA Fisheries Fund. This is just as mind-boggling a sideshow as there could possibly be. $280 million? In exchange for surrendering local control over a fishery which in 2013 was valued at over $1 billion in total production value?

The provincial government has now “suspended” its support of CETA, and other trade agreements, but it appears to be largely a bluffing or negotiating tactic to try to force the federal government to give in. Good on the province for suspending its support, but we should not be sending the message that we’re still open to selling our principles in exchange for a couple hundred million.

Good on the province for suspending its support, but we should not be sending the message that we’re still open to selling our principles in exchange for a couple hundred million.

The fact is, we shouldn’t be endorsing CETA in the first place. And the fisheries union made a terrible decision in selling its support for a few dollars. We need to fight to keep processing in this province. As a recent report on the issue from the Canadian Centre for Policy Alternatives warned, minimum processing requirements

[A]re designed to maximize socio-economic benefits from processing, add value to products prior to export, and maintain employment in the processing sector… Minimum processing requirements provide provincial governments with critical leverage to influence the investment and production decisions of large fish processing companies. Without such regulation, these decisions would be left to companies to make with no consideration for any other factors than how it affects their corporate bottom line.

It’s not ‘being realistic’ to open the doors to overseas processing — it’s giving in to pressure from rich folk who want to be richer. It’s irresponsible, and the provincial government has an opportunity to turn things around right now by rejecting the deal entirely.

In fact, at this stage, getting them to agree to let us have the whole amount of money will put us in an even worse spot. If CETA goes ahead there will come, at some point, a provincial government which will have to deal with the aftermath of the deal: lost jobs, and possibly worse. Read some of our coverage of what else is being sold out if you want something to give you nightmares tonight. And when the time comes for an actually responsible government to try to fight to regain local control over our resources and economic opportunities, they’ll be hampered by the fact that we had a chance and sold it out for a few spare dollars of Canadian gold (as the old song goes). That we sold out—then changed our mind and stood up—and then sold out again.

It seems to be a habit with us though, doesn’t it — making deals that sell out valuable resources for a pittance which we then regret for the next several decades?

The fact is, all parties are looking ridiculous in the battle for $280 million. The federal government looks ridiculous, because they’re playing hard-ball over what is actually a relatively small amount of money in the national scheme of things (even if each of the other provinces demanded the same, which they haven’t). How many of those $100 million fighter jets were they planning on purchasing, again? And our provincial government looks ridiculous, because it’s acting as though the $280 million will compensate for all the lost jobs and economic opportunity. Not by a long shot.

Similarly, a few million or even a couple hundred million sounds loud and wow to a lot of us. But it’s nothing compared to the value of our lost representation and democratic voice; and compared to the jobs and economic opportunities we’ll be losing through CETA.

So let’s inject some common sense into these debates. Yes, we have a financial situation to deal with. But we’re not going to achieve anything by simply throwing out the baby with the bath-water. If you support giving up political voice, and giving up local economic sovereignty through CETA, then I assume you also support Smallwood’s decision to give up Churchill Falls to Quebec for a few million that he felt we urgently needed back then.

Because we all know how well that turned out. 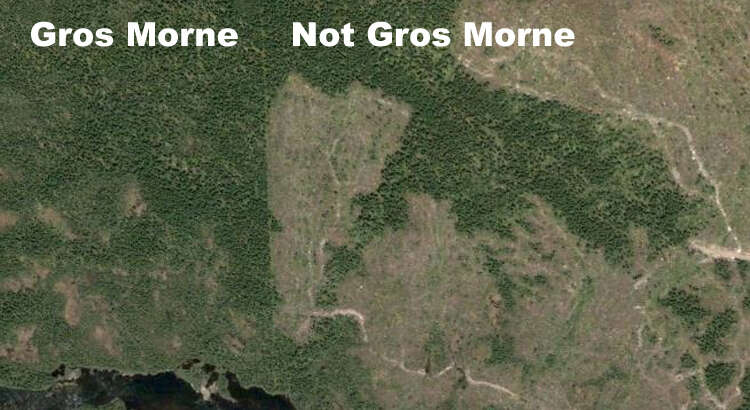 Why we need a buffer around Gros Morne National Park
And all of our protected areas, for that matter. 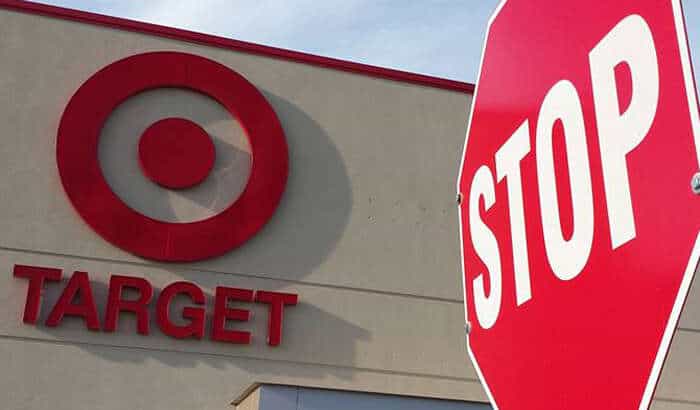 Target (not) acquired
Let's move on from retailers that stifle communities.