Of all the mind-boggling things that were said during last week’s debate over the provincial government’s gutting of our freedom of information legislation (and the remarkable filibuster led by the two Opposition parties in a quite successful effort to draw provincial, national and international attention to what was going on), one of the things that struck me most was the exchange between NDP Leader Lorraine Michael and Provincial Minister of Justice Felix Collins. It was over an analysis of Bill 29 by the Centre for Law and Democracy, an independent think-tank that studies such things. The Centre warned that, as CBC reported, “the changes in Bill 29, when implemented, would make the province’s open-records laws weaker than those in Mexico, Ethiopia, Nicaragua, Bulgaria, Guatemala and Uganda.”

He even issued an official statement that evening:

“What the news story does not make clear is that most countries that ranked the highest or strongest on this list are Third World countries,” it reads. “Many of these countries are listed on travel alert watch lists, have known human rights abuses and high crime rates.”

The Telegram also reported “Collins said he resents the notion of “our pine clad hills” were being compared to Mexico, Uganda and other “Third World” countries.”

Third world? Us? How dare they!

Let’s unpack this for a minute (it’s also worthwhile to read the response to Collins from the Centre for Law and Democracy, which you can find here). The very term third world is actually widely discredited as a meaningless term in this day and age. While found in various early usages, it’s commonly attributed to a designation of those countries which didn’t align themselves neatly along either pro-NATO or pro-Soviet Bloc sides during the early Cold War. It just so happened that many of those countries also happened to be quite poor and had relatively lower standards of living. As a result, it came to be used as a stereotype for such characteristics. But it doesn’t really mean anything, other than as a stereotype, and an outdated one at that. Even popular media reject use of the term these days; according to Yahoo Answers: “In geographical and political academia, it is almost never used, as it is seen as being out of date, colonialist, othering and inaccurate.”

Way to go, Felix. You just got dissed by Yahoo.

But let’s continue this line of inquiry for a moment, just because it’s so ludicrously absurd that I can’t help not doing so. If we assume that for some reason we can only be measured against our “peers” in terms of economic development, where does that put us? Well, both China and Russia have higher GDP than Canada. Does that mean they are the models to which we should look when it comes to freedom of information laws? That IS what such a line of reasoning would suggest. And, given the direction this government is heading, seems to even make a bit of sense.

Of course, nobody’s suggesting the countries that would rank ahead of our province’s freedom of information laws also rank higher in all other respects. The whole point is that you cannot propound stereotypes about a country based on whether it is located in Africa or in Europe or in North America. In the modern rational world, we compare and contrast based on objective criteria, not on the need to defend the honour of the non-third-world.

But that’s precisely what happened the next day. The foot wound up even more deeply in the mouth the next day, as Collins explained he was not only offended at being compared to the third world, but that he was defending the pride and honour of the G8 as well:

We are presenting on behalf of Canada and the G8 countries, Mr. Speaker; the media presentation suggested that Canada as a G8 country ranked below a whole list of Third World developing countries. Mr. Speaker, the G8 countries were ranked well below Mexico, Ethiopia, Nicaragua, Bulgaria, Uganda, Moldova, and Guatemala. Canada was nowhere to be seen below that. We are speaking for Canada, not apologizing to Canada.

WTF? One thing’s for sure, I wouldn’t want to play Age of Empires with this dude.

Let’s make a modest proposal here. Let’s propose that from now on, we judge ourselves based on our actual, objective merit. Canada ranks quite highly in some areas, based on objective international comparisons. It ranks quite low in others. It’s rankings are dropping – plummeting, some might say – in a number of areas. This is, rightly, something to be concerned about.

The morale of the story, is that we’re not a good country based on the fact that we are Canada, or Newfoundland, or located in North America, or that Cold War fogeys used to call us ‘first world’. We are good or bad based on the substance and quality of the laws that we pass. And if we pass laws that aren’t as good as those passed by the government of Uganda, well then shame on us.

But this sort of rhetoric seems to be on a roll these days, when it comes to Conservative messaging. Coincidentally this week, the UN also slammed the crackdown on and suspension of many civil rights in Quebec where the provincial government is reeling under the weight of months of growing, massive protests. The UN High Commissioner for Human Rights singled out Quebec’s law as one of the more alarming developments in human rights restrictions. The Harper Conservatives and Quebec Liberals counter-attacked; according to the Globe “Industry Minister Christian Paradis, the government’s Quebec lieutenant, took Ms. Pillay to task for avoiding other, more serious human rights abuses in places such as Sri Lanka, Iran and Belarus.”

(somewhat ironic, considering it was only two years ago that police in Toronto were arresting students for protesting Canadian inaction against those very same human rights abuses in Sri Lanka)

But the point is, this isn’t the Olympics of Oppression, where the most oppressive country wins bad guy status and everybody else breathes a sigh of relief. Canada is being singled out in part because it has traditionally had high standards and an internationally respected degree of integrity; the dissolution of that reputation under Conservative government is unexpected and shocking and rightfully being singled out as cause for alarm. And diverting these very sensible concerns by waving one’s hand toward countries that have stereotypically been considered worse does not change the seriousness of what is going on here, or reduce the gravity of the decline in our standards of rights and freedoms.

Sticks and stones will break my bones, but names will close the House down

The fact is, stereotypes perpetuate ignorance, and this is what helps to feed bigotry. They undermine rational thought, debate, and the integrity of our entire system of law and order. THAT is what is under attack when the quality of legislative debate gets reduced to stereotypes.

And besides, the Cold War is over, yo.

The funny thing is, Michael is hardly the first person to take on politicians who use these types of argument and language. Two years ago, the head of the World Bank warned that the term should no longer be used since it was meaningless and misleading.

And then there’s the case of poor Cardinal Walter Kasper. Remember him? The 79-year-old aide to the Pope, who threw the Pope’s UK visit into chaos two years ago by announcing that arriving at Heathrow Airport was like arriving in a third world country? That was a double-whammy of truly papal proportions. Not only did it offend countless Britons to be likened to a third-world country, it offended anti-racist activists that he used the term in this clearly pejorative way.

So was Collins’ comment in the recent filibuster racist – intentionally or otherwise? Well everybody’s afraid to commit to saying that, because we live in an overly litigious society where those with money substitute lawsuits for rational debate. But the fact is these comments were reprehensible, and far below the caliber that we should expect of educated legislators.

Those who sail in glass dories…

One final example of such use of stereotypes comes to mind. It was at a conference a few years ago, on the mainland. During an evening social, myself and several of the other graduate students in my discipline (from around the country) were sipping wine and chatting about how we found our various programs. One of them was explaining the difficult decision they’d faced.

One of the other students let out a sudden, high-pitched squeal of laughter.

“Yeah. It was on my list. What’s so funny about that?”

Stereotypes beget bigotry. Maybe in future our representatives will think twice about the quality of the statements – and stereotypes – they use in our legislature. 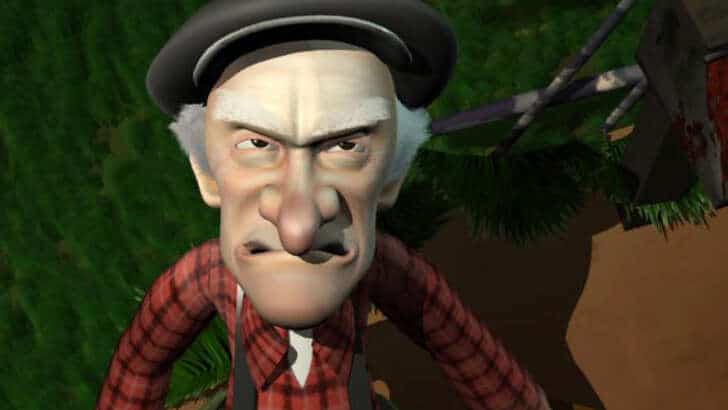 Save your nickels for The Nickel
The 12th Annual Nickel Independent Film Festival begins Tuesday evening at The LSPU Hall.

Henry Rollins and ‘The Long March’
The Indy goes on-one-one with the popular American spoken word artist in anticipation of his 'Long March' tour stops in St. John's and Corner Brook…