Change is coming – determinedly, steadily and painfully – as the province moves to tackle transphobia

It was role reversal of a most unexpected sort this month.

For the past two years the media has been doing an almost pitch-perfect job of criticizing the provincial government for its performance along a wide range of indicators. Earlier this month however the tables unexpectedly turned: government announced praise-worthy plans to improve human rights legislation in the province, while media went and flubbed things up in awful fashion.

By coincidence (or maybe not) both events surrounded transgender issues. They provide an educational contrast in the positive changes that are taking place in our society, as well as just how much work still remains to be done.

On Nov. 7 the provincial government announced plans to include ‘gender identity and expression’ as a prohibited ground of discrimination under the provincial Human Rights Act. This means that, just as it is against the law to discriminate on the basis of race or sexual orientation (or any of a number of other grounds), now it will also be illegal to discriminate on the basis of gender identity. This is important because it affects the significant number of transgender (‘trans’ is becoming the more common term) individuals in our society. Given how deeply embedded in our society and our socialization processes gender roles are, people who identify as trans face extreme levels of discrimination, bigotry and even violence.

In the US – where most research on the topic has been done – surveys indicate 90% of trans people experience violence and harassment, and they are twice as likely to lose their jobs or experience unemployment as a result of their trans identity (trans people of colour experience four times the national unemployment rate). A 2011 survey indicated 41% of trans respondents had attempted suicide, 78% of those in K-12 schools had experienced harassment, more than a quarter of respondents reported losing a job due to their trans identity and 47% reported other adverse work outcomes (such as being denied promotions).

There’s plenty of other grim evidence of the impact of transphobia, and in the absence of clear human rights protections, perpetrators often get away with it. Although some human rights tribunals have found ways of lumping ‘transgender’ under other grounds, this is messy and not always successful. Adding ‘gender identity’ removes any ambiguity or question: transphobia – like homophobia and other phobias – is unacceptable and now, at long last, illegal.

This is a tremendous move forward; Newfoundland and Labrador becomes one of five jurisdictions in Canada where this is the case. For once we’re among the provinces leading the pack (if not quite at the very forefront), and it’s something to be proud of.

It’s also been the product of a lot of hard work. When plans were announced to overhaul the Human Rights Act five years ago, various advocacy groups began lobbying for this to happen. They made written submissions, presented research, and did media work around the issue. When revisions to the Act were announced in 2010, ‘gender identity’ was not included, to their disappointment. But they didn’t give up and they continued lobbying; in the opposition, NDP MHA Gerry Rogers gave particularly energetic support to keeping the issue in the public and legislative limelight. It’s an optimistic message for many that the hard work they put into lobbying government has paid off.

It’s an unexpected turnaround: just last year former Justice Minister Felix Collins was defending government’s decision *not* to include gender identity. It’s hard to say what persuaded current Justice Minister Darin King to revisit the idea (perhaps he’s one of the shrinking number who put the ‘progressive’ in ‘Progressive Conservative’), but I believe in giving credit where credit is due, and both Minister King and Gerry Rogers deserve kudos for taking the hard work of advocates and helping to turn it into good public policy. I’ve certainly dished out no shortage of criticism of the provincial government over the past couple of years, but this is a bright spot that is worthy of praise: when a government can reverse its position in response to dialogue with those affected by its decisions, it’s a sign that democracy is working.

And while the PCs have been rightly criticized for many things, one thing they have accomplished is a steady improvement in equality legislation. From the Safe and Caring Schools initiative in 2006, to the Gay-Straight Alliance program (which Newfoundland and Labrador became the first province to implement on a province-wide basis at both the junior and senior high levels: other provinces are now following our lead), the provincial government has developed a positive working relationship with equality-seeking groups like Egale that’s resulted in laudable improvements to provincial policy and legislation. Now, by including gender identity as an unlawful form of discrimination, they are addressing the gaps left by the previous overhaul of the Human Rights Act.

One step forward, two steps back

On the other side of the Island, however, a sad event took place to demonstrate just how important this legislation is. The Nor’Wester, a community newspaper serving the Springdale region and published by TransContinental Media, ran a revolting and bigoted opinion piece from a Pentecostal pastor on “the transgender issue” which, in a painfully tortuous theological tirade, denounced not only “the modern transgender movement” but also “homosexual liberal theologies”. Much to the credit of the reading public, the piece rapidly incurred angry criticism. Within hours it was taken off the Nor’Wester website. However, to add insult to injury, the Nor’Wester editors proceeded to publish one of the most bizarre, counter-productive anti-apologies in the history of news media.

Rather than expressing contrition for the hurt caused by the transphobic, homophobic opinion article, it retaliated against “the barrage of mean-spirited and, dare we say, hateful comments directed at this paper and the author”. The ‘apology’ appeared to imply that the editors removed the anti-trans commentary not because it was offensive and discriminatory, but because the “bombardment of fury” threatened to hurt poor old Pastor Foster’s feelings (indeed, criticism against the article came, the editors admit, from “readers and just about everyone who read or heard about it.”). The editors then proceeded to attack the commentators for their lack of “civility”, and tried to turn the issue into one of free speech and the right of people to publish “unpopular opinions”.

First of all, it’s disingenuous to attack the commentators. The Nor’Wester has an editorial policy and comments must be approved by editors before going on the site. If they were concerned about stopping angry responses, they could have easily done so at the editorial approval stage. What did they expect, for people to applaud in the face of transphobia?

Secondly, this is not about free speech and unpopular opinions. It’s about transphobic and homophobic speech and the right of minority communities in the province to live their lives without being targeted by bigotry and ignorance. Rather than apologizing, Nor’Wester has stoked fuel on the fire and demonstrated they don’t actually seem to understand why transphobic commentary – like any other racist or sexist drivel – is unacceptable on a public newspaper website.

Townies got problems too

But not to target the Nor’West; St. John’s then got in on the ignorance action. CBC ran a piece about a transgender man seeking public medical support for trans surgery. The coverage wasn’t quite as problematic as the Nor’Wester’s, but could still have been handled much better. The title gave the impression of a hastily tossed together piece: “Transgender man fights for free breast removal”. Sort of like I scammed a “free appendix removal” thanks to MCP a few years ago? It’s a weird – and rather subjective – way to describe a necessary surgery. Provinces, by and large, accept trans surgery as medically necessary for the health and well-being of those seeking it: the debate lies around how to fairly and efficiently administrate trans surgery given the variations in provincial public health systems. Also, there could have been a better discussion of the context of trans surgery in Canada, the ongoing dilemma of where and how public funding is provided (which is itself rooted in a complex history of persecution and discrimination in how gender identity has been handled by the psychiatric professions and American legislators, that has shaped Canadian policy as a result).

But perhaps most importantly, the comment moderation was a complete and utter disaster. The level of ignorance, transphobia, homophobia and bigotry contained in the online comments section was enough to convince you that we were living in the 18th century. It was as though the CBC decided to host an open arena for bigotry and hate speech. I don’t know whether this was the product of lazy and inadequate facilitation of the comment section, or whether CBC too decided that they were going to buy into the irresponsible argument “all speech should be free speech even when it’s bigoted”. Either way, they certainly haven’t helped the environment in this province: young teenagers and adults reading that story will be terrified to out themselves or seek any measure of public support when they realize society’s institutions – like the media – seem so open and accepting of violent language and hateful words.

Don’t get me wrong – I’m not saying the CBC should censor how it presents the news. But there’s no reason it has to provide an open forum for what some would consider hate speech in its comment sections. Does hosting an open arena for homophobia and transphobia actually contribute anything to society and public discourse?

A depressing situation, all ’round. But hatred and bigotry stem, more often than not, from ignorance. That’s aptly demonstrated by the comments – ignorant people who decided to let fly with the first thought that came to their mind, without taking the time to go and educate themselves about the issue.

Still, there is hope. We are moving forward. The Safe and Caring Schools Initiative and the MyGSA program will hopefully help to ensure the next generation is a more tolerant, civilized and educated one. The improved Human Rights Act will help to ensure that when hateful acts or hate speech erupts – as it did this past month – those who are its targets will be able to take action to reduce such examples of public bigotry and to ensure a safer and more inclusive society. This week, the annual Transgender Day of Remembrance has been expanded into a Transgender Week of Awareness and Action in St. John’s, while other Transgender Day of Remembrance events are happening in smaller communities around the province. The work that has gone into these initiatives on the part of advocates and allies (of all ages, backgrounds and religions) from one end of the province to the other demonstrates that Newfoundlanders and Labradorians – from the small outports to the sprawling suburbs – are devoting their time and energies to building a more just, equal and tolerant society for everyone.

It’s a slow and painful slog, but we are gradually getting there. 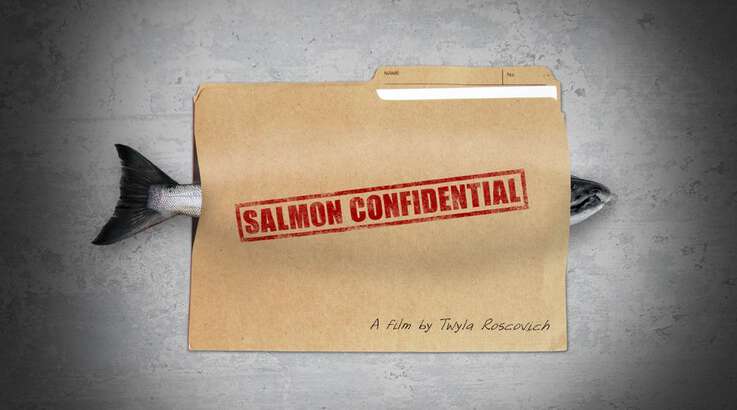 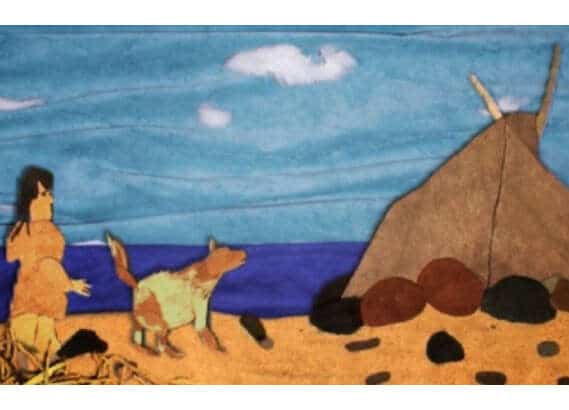