On Friday, a group of protesters gathered at the Public Utilities Building in St. John’s, as they have for the past few weeks, protesting current and anticipated power rate hikes as a result of the Muskrat Falls project.

Earlier this week, meanwhile, a coalition of over two hundred prestigious academics and authors signed a letter to Prime Minister Justin Trudeau, calling for a halt to the Muskrat Falls project, in light of the risk of irrevocable damage it poses to the environment and culture of Indigenous-led communities in Labrador.

On the Island: power rate hikes. On the Labrador: threats to health, safety, and culture.

The thing that binds these two acts of protest is Muskrat Falls. It’s a scandal that has united the people of the province in scorn, derision and outrage against a bad deal signed and supported by successive provincial governments, which threatens the very future of the province.

If they are to have an impact, it is imperative these two movements join together. Labradorians have been fighting the Muskrat Falls project since the earliest days of the project’s announcement (in contradiction to media and government reports which ignored much of the early opposition to the project). Islanders, despite some solidarity efforts with the Labradorians, are only now entering panic mode, as the prospect of unsustainably high power bills hits home.

The two movements are deeply connected, but they need to unite more strategically than they have. The letter to Prime Minister Trudeau points to a useful strategy: the entire project hinges on federal support. The federal government is the body which has quietly facilitated this project, yet has lurked in the shadows through most of it. The federal government provided the loan guarantee as well as RCMP and military initiatives to harass and quash protestors in Labrador. The federal government has issued countless platitudes about its commitment to Indigenous reconciliation: here is an opportunity for it to put its actions (and dollars) where its mouth is.

Islanders protesting the power hikes need to get behind this. It’s not just about rate mitigation. It’s about a project that threatens the economic future of Islanders as well as the economic future, and lives and health, of Labradorians. Many Labradorian land protectors have not given up hopes of stopping the project, as evidenced by the letter to Trudeau. Islanders shouldn’t settle for a few dollars of rate mitigation either.

Island protests could back up the appeal to Trudeau by concentrating protests on federal targets in the capital city. MPs Nick Whalen and Seamus O’Regan, along with Lieutenant-Governor Judy Foote, ought to feel the pressure (why in the world didn’t protestors crash her garden party last week, for instance?). Federal offices in downtown St. John’s could be targeted as well.

There’s another missing ingredient to the fightback against rising energy rates and the Muskrat Falls project. The labour movement needs to rouse itself and get involved in this struggle. Unions might not be the mighty powerhouses they were in the ‘70s and ‘80s, but they are still the most organized and coordinated progressive social movement this province and country has. They need to lend their support to the growing numbers of private citizens who are protesting the current state of affairs. After all, any pay increases unions might have won for their members over the past decade will be eaten up in no time by the rising energy bills their members will have to face. Rising energy costs are an attack on the working people of this province and on their working conditions. Indeed, higher energy bills could be construed as an indirect form of pay cuts. If unions are serious about defending the interests of working people in this province, they need to throw their backing behind the protests against rate hikes and against Muskrat Falls itself. Many NAPE members eagerly grabbed up the severance payouts their union negotiated with the government this past year. But even those payouts won’t help most of them make it through a single winter of higher energy costs due to Muskrat Falls. Unions need to join the effort to quash this project, and the higher energy bills it is causing, without delay.

After all, late summer and early fall is a lovely season for a general strike, don’t you think? 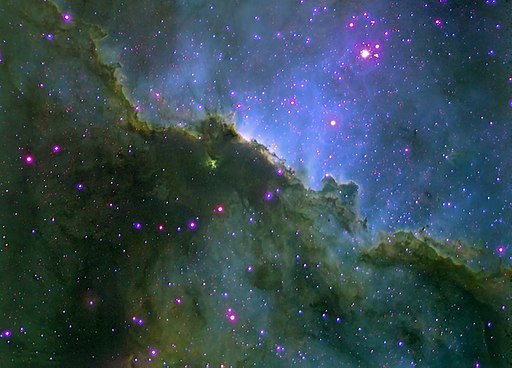