In the wake of yet another high profile suicide, it seems like an appropriate time to have a conversation about how it is that we talk about it…

It is quite common, though with good intentions at heart, for the phrase “committed suicide” to be used in reference to someone’s death. What might not be immediately apparent are the negative associations in the context of that phrase. In the context of suicide, committed is in reference to doing something wrong: to commit a sin, to commit a crime, or to be committed to a psychiatric institution. And the perpetuation of that negative consideration of this particular kind of death perpetuates some deep misunderstandings surrounding mental illness, trauma, victims, causality, and autonomy. And the perpetuation of these negative value judgements are the kinds of things that can keep people from talking about problems they’re having with anyone, and not talking about it is one of the things that can make it worse. Much worse.

For one, a person who kills themself is not necessarily mentally ill. It can be a rational choice made by a rational person. It can be the reaction to something—trauma, pain, circumstance—that becomes so unendurable that a person chooses to no longer endure it. David Wallace wrote that we can think about it being akin to a person who is trapped in a burning building. It is not that they don’t fear the idea of jumping out the window any less than you or I, it’s just that the fear of the approaching flames eclipses it. But we wouldn’t say that the person who jumped out of a burning building committed a sin, or a crime. They weren’t a perpetrator; they were the victim of circumstance. And I for one am sympathetic to that tragedy.

I am weary of political correctness as a rule because I think it often serves to hide and deflect the truth. George Carlin talked about how shellshock became battle fatigue and ultimately post-traumatic stress disorder; the condition becoming stripped of any humanity. And here we find where a lot of language around mental health resides: in passive-aggressively blaming the victim for their “disorder,” so that it becomes defined as something not produced by the world, but by their own deficiencies.

…in passive-aggressively blaming the victim for their “disorder,” so that it becomes defined as something not produced by the world, but by their own deficiencies.

What is at the root of a lot of considerations of suicide and mental health is an attitude surrounding causality and agency; choice. What are the choices, and how should we judge them? There are many health issues that we have some measure of control over: we can eat well and exercise, live the healthiest lives we possibly can; but we don’t, by and large. But we don’t respond to diabetes or a heart attack with, “That’s what you get, fatty,” or “Sinner!” We don’t withhold our care and sympathy depending on the outcome of our judgement on the lifestyle of that person. We take care of them. Eating ice cream is not a crime, and I am not a sinner for not jogging. But I am making those choices. I am choosing to eat this bowl of chocolate fudge brownie ice cream and I’m definitely not breaking out my running shoes when I get up tomorrow. I think it might be because we recognize that there is more to life than our physical health status, it’s important that we have relationships, family and friends, love and community. It’s important to have things that make us feel good. And some people have a very difficult time feeling good. And rather than attribute the many external causes that can contribute to that effect, we isolate how we talk about those things as being contained in the mind, that it is genetically caused: illness, disorder, abnormality. Yet we know that many mental-illness-like symptoms are highly normal and rational reactions, be it conscious or unconscious, to trauma and circumstance.

One thing is for sure, that we will never know the reasons that people kill themselves. Some leave a note, some leave a legacy of art, some have a history of illness, and though there might be clues to be found, there is no causal link. And it is important to note that the people who do it might not really know why. Slavoj Žižek describes it well in Less Than Nothing: “The very deficiencies of the traumatized subject’s report on the facts bear witness to the truthfulness of his report, since they signal that the reported content has contaminated the very form in which it is reported.” Depression does not cause suicide; many people who have been diagnosed with depression have killed themselves, and many more haven’t. There are people who have experienced traumatic events and have killed themselves, and many haven’t. There are people who have killed themselves after being heartbroken (read: traumatic event), and many haven’t. To say it was because any of those things would be mistaken. See, for example, Robert Burton’s 250-page section on the possible causes of melancholy in The Anatomy of Melancholy. There are things that contribute to suicide. It is known that socio-economic circumstance plays a role. If we were to limit suicide to a genetically disordered mind and a sinful act, are we to believe it is a coincidence, a genetic anomaly, that Aboriginal youth in Canada are five to six times more likely to kill themselves than their peers, despite that data suggests suicide rates among Aboriginal, and particularly Inuit communities, were relatively rare as recently as 75 years ago? Or might it have something to do with their current socio/political/economic environment? Surely we can’t accuse them of a crime or sin given that circumstance.

Yet we know that many mental-illness-like symptoms are highly normal and rational reactions, be it conscious or unconscious, to trauma and circumstance.

Robin Williams took questions from the Reddit.com community recently, and someone said they were going through a really hard time, and did he have any advice. Mr. Williams responded: “Reach out to friends. They’re out there. And know that you are loved.” It was not that he was ignorant — he was clearly highly intelligent and capable; there was just something else going on. In my experience talking with many people who self-identify as having various mental illnesses, or have endured mentally traumatic events, the one thing I am sure of is they represent some of the strongest and smartest people that I have ever met. And some of them are no longer with us, and every time a death like this is made public I think about all of them, and I light a candle, and I wish I could have done more to help.

I don’t think it serves anyone to further stigmatize and marginalize people who have killed themselves. As Peter Forster writes, it only serves to further stigmatize and marginalize those who are going through the same thing. I find some solace in paying respect to those who managed to hang on for as long as they did. And if you feel upset and helpless about the situation, there are things you can do: volunteer at the Waterford Hospital, support initiatives for alternative mental health care facilities, learn how poverty is a significant factor to mental illness and suicide, donate to a food bank, support low-cost housing initiatives, and help tear down the wealth gap. For a bigger support, awareness is desperately needed for the astronomical suicide rate among young people in our First Nations communities. For further reading, try Peter Forster’s The Language of Suicide, the Wikipedia article on Suicide in Canada, Lorne Mosher’s Soteria, Robert Whitaker’s Madness in America, David Healy’s The Anti-depressant Era, Terence McKenna’s The Invisible Landscape, or David Wallace’s “The Depressed Person” in Brief Interviews with Hideous Men, or “Good Old Neon” in Oblivion. Mental Health Ethics is taught by Dr. Peter Trnka (who was telling me about the word ‘committed’ just last week) pretty much every year at Memorial University, and is a great place to start. If you have been considering suicide, reach out to someone you trust, and talk to them. If you know someone who has been considering suicide, reach out to them, and listen. If you are unsure of what to do, you can try calling the Mental Health Crisis Line at 888-737-4668. Just sitting with someone, just being in the presence of another human being, can help, and one of the world’s best anti-depressants is going for a walk.

I do not believe in telling people what to say; I believe in your right to your mind and your body, to do and say what you like. But I think you should at least be aware of what you’re saying when you say that someone “committed suicide.” It’s not to say that there isn’t choice involved, it’s more that we might not ever know what a person was choosing between, and we might be better served by not jumping to conclusions and judging their choice. There are factors beyond what we can know, and though economic factors surely play a part, the rich and famous are not immune. I, for one, am committed to being sympathetic to those who have likely suffered more than I ever have. I’m supposed to be doing other things right now—the deadlines are flying by—but I’m going to sit here and eat some ice cream, and wish I didn’t have to light this candle again.

Iain McCurdy is supposed to be working on a creative writing thesis in the English MA program at Memorial University. He has a BA in Philosophy, a Diploma in Applied Mental Health Ethics, a Diploma in Creative Writing, and an M.Phil in Humanities on Madness. He currently works at Broken Books, as a proofreader and editor for Riddle Fence Magazine, as a writing tutor at the Writing Centre at MUN, and was the co-founder of a peer-support group, Think?, on campus. He is very fortunate to have had many people over the years who were willing to sit, and listen. 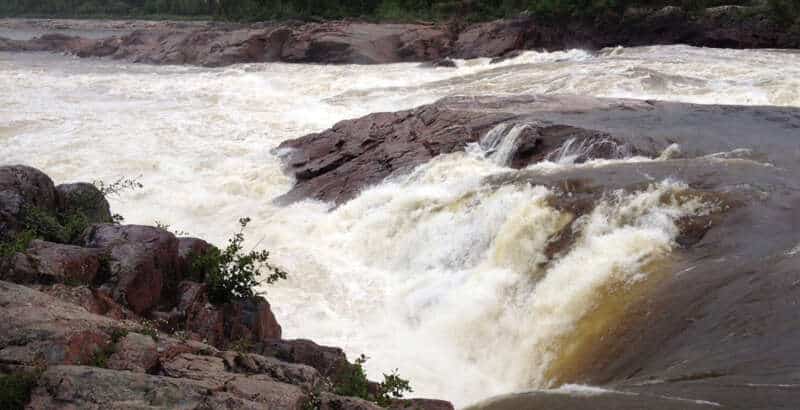 Those dam[n][ed] dams!
Keeping us distracted while the wheel turns 'round...

Just how bad are the new Muskrat Falls cost estimates?
The price of electricity is going to rise even more than we thought