Consent in the Age of Electoral Machines

We often celebrate our political traditions—but how “traditional” are they?

The history of political consent

In societies like ours, that have since about the eighteenth century taken ideas like “government of the people, by the people, and for the people” and “individual freedom” to guide virtuous, real political action, it’s no surprise that protest, or dissent, poses an especially acute problem.

Starting roughly with the publication of Thomas Hobbes’ Leviathan (1651), political thought began to model political systems in which peoples’ consent—that is to say their agreement to be governed in this way or that way, by this agent or that agent—is the ultimate authority. Hobbes wished for a civil peace that would last because it depended on the intimate connection, as opposed to the radical separation, of political authority and citizens’ subjection to it.

“To come now to the particulars of the true Liberty of a Subject; that is to say, what are the things, which though commanded by the Soveraign, he may neverthelesse, without Injustice, refuse to do…”
-Thomas Hobbes, Leviathan

In the following century, the “modern” notions of individual freedom and the political exercise of individual reason emerged and dovetailed with this model, which has been called the “social contract”, and gave rise to what has been for a few centuries called liberalism or liberal democracy. Since on this model authority fundamentally resides with the governed, there is no difference in principle between them (us) and the people who govern them. Accordingly, the practice of governing oneself intersects with the practice of governing other people in an unprecedented way.

The intersection of individual with collective government shows how dissent is truly the “other side” of consent; how one is unthinkable without the other. Hobbes and his successors like Jean-Jacques Rousseau, Immanuel Kant, John Stuart Mill, and many others, are very aware of the necessary relationship between consent and dissent. The reason is simple: bad – even irreparably bad – government is always possible. Some, like Rousseau, go further and argue that bad government is not just possible but inevitable. In this, he echoes the Socrates of Plato’s Republic, who thinks that human beings are fated to live through political breakdowns. There are many ways of explaining how such breakdowns happen: Socrates argues that, since having a perfect philosopher-king is inherently impossible, the populace inevitably turns away from wisdom and virtue, and toward the unfettered pursuit of individual appetites. For Rousseau, the geopolitical growth of nation-states means that administrative power must be increasingly centralized for the sake of effective management, which in turn creates serious power imbalances between those who govern and those who are governed.

There are many ways of trying to describe or explain these sequences of events. But the possibility of a system corrupt beyond repair means that sometimes the withdrawal of consent is necessary. For each and every citizen, reasoning about politics has to include questions like: How can I know when the withdrawal of consent has become necessary? How completely should I withdraw it? How far do I have to go? Is the system beyond repair?   In expressing dissent, do we risk destroying civil peace when that peace wasn’t as endangered as we thought it was? When can we be sure that we’re not mistaken about the extent of the system’s disrepair? Against which authority, and with which authority, do we act? These are all issues that could not have been foregrounded in, say, Machiavelli’s sixteenth-century Florence, or Spartacus’ first-century B.C. Rome, in the same way as they can be in twenty-first century Canada, USA, France, and so on. The problem is far more delicate for us: in withdrawing consent, we really do actively participate the breakdown of the system that we’re refusing to legitimate any further. If we were living under the divine rule of kings and were just subjects, no longer agreeing to the arrangement wouldn’t constitute the same kind of self-undoing as it does in our actual situation—or at least in the ideal version of our actual situation. It’s therefore not odd that seriously confronting the radical power of consent and dissent makes a lot of people anxious.

“Sovereign is he who decides on the exception.”

I’ve suggested before in this column that our society has, dangerously, turned its attention away from these questions and has become more and more ignorant of its own horizons. The perfect example of this turn of events comes from conversations I occasionally had about democracy with grownups when I was a teenager. The conversations would sometimes include moments like this:

“The notion that only he is free who is prepared to risk his life has never vanished entirely from our consciousness; and that also holds true in general for the connection of politics with danger and risk.”
-Hannah Arendt, The Promise of Politics

This line of thinking is commonly used to respond to growing anger at our degenerating political system, although I suspect that its growing implausibility is making people more and more uncomfortable with it every day. Despite its commonness today, it would have raised eyebrows among people like Hobbes, who devoted such intense efforts to articulating the conceptual blueprints for systems like ours. A reading of Leviathan or Rousseau’s On the Social Contract (1762) shows that it blunts the power of consent in a way that would make any populace vulnerable to despotic rule. Implicitly, it tells us that the electoral and representational models, or rather the electoral-representational model, is non-negotiable and is not grounded on our consent. To put it more strongly: for this line of thinking, the electoral-representational model ultimately rules consent, whose power is secondary or derivative. The conclusion is that a particular kind of political machinery, not peoples’ free consent, is the bedrock of political reality for us. In its implicit form, this thinking passes for common sense today; however, not only does it urgently need critique, but it would also be rejected as extremely dangerous if we tried to persuade eighteenth-century people to make principles out of this thinking.

Reaching the Age of Consent

To conclude this installment, and to set up for the next one, I want to suggest that the assumption that there is no alternative to the electoral-representational model feeds a deep confusion about the nature of protest and of political power. It also, I contend, contributes to the fatalism and cynicism that sometimes seem to be the only emotional outlets for people living with a system groaning under the weight of its own illegitimacy. We need to revive a fundamental political awareness toward which the current proliferation of protest and civil disobedience directs our attention. We need to think about what protest means when we don’t assume that the electoral-representational model determines the limits of dissent.

Since consent and dissent are necessarily tied to each other, making the assumption I’ve just mentioned means also concluding that the electoral-representational model determines the limits of consent. For the political thinking we claim to inherit and actualize as “tradition”, this is upside-down—Hobbes being stood on his head, so to speak. It’s a dangerous inversion in which the first principle, consent, changes places with what is supposed to be relative to it: the particular, concrete ways that people actualize their agreement to govern and be governed. Why is it dangerous? It’s dangerous because its logical conclusion is that not dissent but consent is irrelevant, if not impossible. Obviously, human life can persist in some way under these conditions; human life can persist under all sorts of conditions. But it’s incumbent upon those of us who are subjected to these conditions to ask “why?”; all the more so if we presume to talk about “freedom”. Suspending what I’ll call the counter-Hobbesian inversion means having to clarify the political status of violence, authority, and dissent. I’ll turn to that consideration next time, through the eyes of two German thinkers who witnessed firsthand the worst that the twentieth century had to offer: Hannah Arendt, who I wrote about last month, and Walter Benjamin (1892-1940). 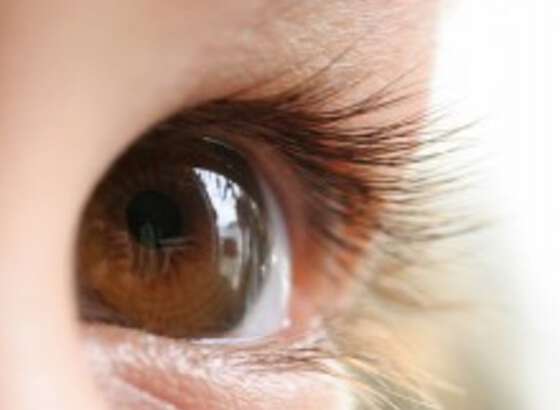 Picking flowers in March
As we struggle to deal with the weather outside, Fiona offers this tale from Easter; a memory of spring to warm us on the inside...