The City’s latest effort to encourage recycling reveals deeper issues with the way women are engaged in municipal politics and programming.

Last week the City of St. John’s “Blue is the New Black” recycling campaign generated a great deal of criticism on social media, some of which highlighted the fact that its use of the word “trashy” does not acknowledge, or outright ignores, the fact “trashy” is frequently used as a derogatory term to castigate women for being sexual.

The entire campaign was reminiscent of the City’s 2014 “litterskeet” drive, which encouraged residents to use social media and moral shaming as tactics to deter littering. While the City justified its use of the phrase as a way to get people talking about garbage and the desire to keep our city clean, the campaign’s negative socio-economic connotations garnered criticism. Arguably, the “don’t be trashy” slogan as part of this new campaign was more of the same, this time deriding women in the low socio-economic bracket.

The City’s ad, seemingly targeted at middle- to high-income women, essentially sends the message: “Don’t be trashy like those women.”

In a 2012 article for Bitch Media Gretchen Sisson wrote that the terms “trailer trash [and] white trash” as “ways of describing low-income people [are] meant to make people quite literally disposable, a way of denying their humanity and their potential to offer anything of value.”

Sisson captures the idea that the word “trashy” is often reserved for individuals who are in the low income bracket and exhibit behaviours considered unbecoming by individuals in the middle and upper echelons of our socio-economic class systems. When we consider Sisson’s analysis alongside the fact women are often called “trashy” when they exhibit unabashed sexuality, we can see that the terms “trash” and “trashy” are really ways of communicating a woman’s lack of worth, a message made even more problematic by the image used in the City of St. John’s ad.

Individuals also voiced the concern that the city was using a woman’s body to sell the idea of recycling. Featured in the in the initial ad is a woman standing in a kitchen, wearing a dress made of blue translucent recycling bags with a tagline that states: “Don’t be trashy, recycling is always in fashion!” Central to this criticism is that the objectification and the commodification of women’s bodies in advertisements contribute to a culture in which women are disrespected and dehumanized.

The outcomes of this kind of objectification of women have been prominently featured in Jean Kilbourne’s Killing Us Softly series, which has had a number of iterations from 1979 to 2010, and Jennifer Siebel Newsom’s 2011 film Miss Representation. Killing Us Softly explores the issue of how advertising negatively impacts the self-esteem of girls and women when images of their bodies are often doctored and literally commodified. Kilbourne is concerned about what these ads communicate about women and cautions that “turning a person into a thing is almost always the first step in justifying violence against that person.”

Though the ad is not being used to sell a product, per se, the woman in the City’s ad is being used to sell the lifestyle of an environmentally conscious “champion of recycling”. The juxtaposition of a woman dressed in recycling bags with the shaming tagline “don’t be trashy” gestures to the disposability of some women who can’t or won’t keep up.

Miss Representation particularly focuses on how objectifying depictions of women in the media, including the use of women’s bodies to sell products, has a negative impact on the possibilities of girls and women taking on leadership positions. We do not have to look further than City Hall to see the under-representation of women in leadership roles.

The City responded promptly and advised the public it would no longer use the tagline on advertising, but the image remains on the cover of the City Guide. However, there are still many legit questions that need to be answered if residents of the capital city are to have confidence that the same mistakes won’t continue to be repeated:

The City should improve relationships with feminist organizations in St. John’s, especially when they are prepared to initiate campaigns that are targeted toward women. Organizations such as the St. John’s Status of Women Council does not exist solely to react to these blunders after the fact; they also can help prevent their occurrence in the first place.

Incidentally, the St. John’s Status of Women Council announced on Wednesday that it is partnering with other feminist organizations to hold the city’s (and maybe the province’s) first-ever public conference on feminism — FemFest NL — next summer. The City should not only support this wonderful initiative, but also attend, listen and learn so that it doesn’t find itself in the unfortunate and embarrassing situation of perpetuating sexism and sexist stereotypes in future.

Also, meaningfully engaging feminist organizations in the development of these campaigns can save everyone a great deal of time, energy and money. Had the City reached out, it is likely this advertisement would not have made it to the stage of distribution.

Another step the City could take to address these issues is instating a Women’s Advisory Committee to provide input on initiatives targeted toward women in St. John’s. In the most recent St. John’s census that measured population changes from 2006 to 2011, women consistently comprised over half the population of St. John’s. Though there are issues with the gender dichotomy presented on census forms, it remains that women and girls comprise a sizeable chunk of St. John’s population and are extremely under-represented on City Council.

Until Sheilagh O’Leary’s recent by-election win in Ward 4, there was absolutely no representation of women on council. As such, there should be an advisory committee to represent the interests of women and girls, in the event of another all-male council. The presence of a women’s advisory committee at City Hall could send a powerful message that the council is truly invested in making sure that the interests of women are being represented consistently, despite the lack of parity. As well, having this sort of committee would indicate that the councilors are committed to accountability for mistakes and missteps such as the “Blue is the New Black” campaign.

Though it is unclear how involved the councillors were in developing the “don’t be trashy” slogan, it is clear that the City of St. John’s needs to do more work to ensure campaigns geared toward women are grounded in conversations and consultations with women. Words are powerful in both shaping and reflecting the power relations in our society, but we do not always see or acknowledge that power or the subtext in words and images we use.

Nicole Boggan was born in Newfoundland and holds a B.A. from Memorial University. She is one of the founding members of SPAAT (Smash Patriarchy: An Action Team), a feminist collective based in St. John’s. SPAAT, along with St. John’s Status of Women Council, the St. John’s Native Friendship Centre, S.H.O.P., the St. John’s International Women’s Film Festival and Planned Parenthood are organizing a feminist conference called FemFest NL, scheduled for Summer 2016. 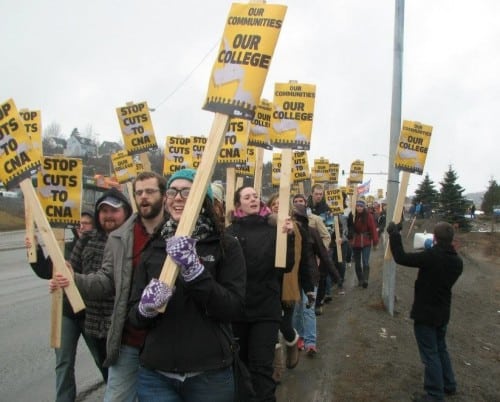 Why are the Liberals pushing something that will make our fiscal crisis worse?
There is more proof than ever about the failure of privatization. So why is government still talking about it? 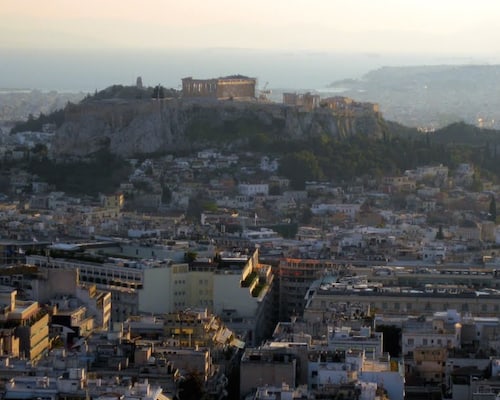 Is there a democratic alternative to austerity?
Other places have experimented with austerity, so we don't have to. Here's how Newfoundland and Labrador can avoid known mistakes and put itself on a…