From Ottawa to N.L.: A story of change

The recent federal election offers important lessons to parties and candidates running in the provincial one.

Some of the commentary was to be expected and some was as surprising as the defeat of some New Democratic Party (NDP) and Conservative Party of Canada (CPC) heavyweights who fell under the red wave.

And now Newfoundlanders and Labradorians find themselves back in the midst of another election.

This time, it’s a provincial election with a conclusion that feels foregone. If it pans out without anymore surprises, then we can expect a Liberal super majority. Two broad questions we should be asking ourselves are: What happened federally? And, how is this provincial election going to play out with the dust barely settled from the federal election?

Before getting into the provincial scene we need to discuss the federal election. So, what happened on Oct. 19? Did the Liberal Party of Canada (LPC) enthral Canadians from coast to coast with policies that resonated with them? Did the NDP move too far to the right with austerity-ridden policies? Did the CPC really get decimated? Did Gilles Duceppe bring his old party back from the political grave? Has Elizabeth May stagnated the Green Party of Canada (GPC)? The answer to these questions bluntly comes as a resounding no.

A story of change

Like the recent provincial election in Alberta, the federal election offered an opportuinty for change in a country that desperately needed change.

Change not only became part of the pre-election story, it became its own theme, its own issue. Change became the overarching issue of an election riddled with numerous micro-issues that were intended to bring out the worst in Canadians. So much so that you could argue that Canadians by and large voted not for the party they felt best fit their worldview but the one that provided the best opportunity to defeat Stephen Harper.

At the very least there were three policy proposals that caused both subtle and large shifts in voter intentions. The first was Bill C-51 which, along with the NDP win in Alberta, triggered a migration away from the LPC to the federal NDP (which opposed C-51) that gave the NDP higher polling numbers, tying them with the other two parties and, according to the polls, putting them ahead for a time. What’s interesting is that the good polling numbers the LPC had enjoyed since the election of Justin Trudeau as party leader suddenly began to fall as the NDP numbers rose. This was the first indication that the NDP and LPC numbers were linked and that they shared the same voter base.

The second and third issues themselves didn’t necessarily cause a large migration of voters, but they caused subtle shifts that ended up creating a snowball effect. The LPC and NDP had varying policies on budgets; the LPC said they were going to run deficits and the NDP said they were going to run four balanced budgets. This arguably caused some voters who were being polled to shift from the NDP to the LPC. Then we saw the niqab issue, which, along with the budget platform differences, caused a firestorm in the media. The niqab issue didn’t necessarily drive some NDP voters to the LPC. Instead it seemed to have driven some NDP voters in Quebec to the Bloc, which became evident when the Bloc increased their seat count from four in 2011 to 10 on Oct. 19.

The results we saw on Oct. 19, however, did not reflect a direct shift in voter intentions based on policy. The results began to take shape when polling firm Nanos began publishing its polling numbers daily. Pundits and media outlets used the numbers in almost all their columns and articles, and then other polling agencies also began reporting similar trends. This meant that the small shifts that occurred in the Nanos polls began to magnify.

Remember when the NDP soared high in the polls for a brief, shining week? I do too, and I also remember pointing out in private that it was more than likely a blip. It was no surprise that polling firms coincidentally produced numbers that showed relatively high NDP numbers followed by a drop. Not just any drop, but over the course of a week the NDP dropped around six points according to pollster Eric Grenier. That’s a pretty substantial drop, especially when this was an election race that was much closer at the start. What happened then was a very brief stagnation of polling numbers where we saw a three-way tie, followed by the NDP plummet and Liberal rise that defined the result of the election. At this juncture, my thesis is that the result of this election can be regarded as voters migrating to the party running highest in the polls and considered most likely to be able to replace Stephen Harper.

Voters who wanted to replace Stephen Harper gradually made the shift from the NDP to the Liberals after they saw the aforementioned polls. Conversations with people about the election often included such lines as: “I don’t care who wins as long as Harper goes,” and “I’ll vote for whoever has the best chance at beating Harper.”

This meant that as people saw the tide slowly turning they wanted to make sure that their primary interest—getting rid of Harper—took priority over who they thought would best run the country.

Many pundits argue that the NDP went right and the LPC went left, and that’s what decided the election. I couldn’t disagree more. If anyone looked at the polls and then looked at what people marked for their second choice, the picture becomes clearer. Page 7 of Nanos’ last polling report on the election shows exactly how much the progressive base is split by the LPC and NDP. On average 52 percent of people who indicated their first choice as either LPC or NDP indicated their second choice as the other party. This is the largest shared base between all four parties and shows that voters could go either way.

We saw this in Alberta and we saw it again federally. People want change from the status quo and people look to the polls to show us who has the best chance to defeat the current party in power. When Albertans saw the NDP begin to rise in the polls and didn’t want to stick with the PCs, they didn’t see any other alternative but to put their eggs in the orange basket. The strategic voting in Alberta gave the NDP the majority they have now. It wasn’t due to their policies but because change needed to happen and they offered the best chance at delivering. One firm showed them dropping 9 points before they even took office.

Turning our attention to the provincial election the conversation follows the same narrative: changing government and ushering in the party poised best to defeat the current government. At one time the provincial NDP was this party and then it collapsed.

We saw the party demonstrate its incompetence at handling an internal situation and the exodus of two MHAs and multiple party faithfuls. Instead of Lorraine Michael resigning as leader, the party went through the trouble of a leadership review which maintained the party’s status quo, only for Michael to resign shortly thereafter. Now, according to recent polls, the NDP is lagging behind the lowly PCs, its chances of forming official opposition quickly fading. Ryan Cleary’s decision to defect from the NDP and instead run for the PCs clearly reflects the grim situation the party finds itself in.

In a province with three main political parties this makes the choices for the electorate very slim. The Liberals have not demonstrated any internal problems as of yet and have run a very good campaign thus far. Yet, their victory should be regarded the same way the LPC victory is to be regarded: as one based more on a desire for change than on support for the party’s policies. I’m sure some will disagree, but with polls indicating voter support up in the 70s it’s easy to see the provincial Liberals are the most likely to win this upcoming election.

If the conclusion here in Newfoundland and Labrador is as foregone as the polls show, then the following advice applies as much to our incoming premier as it does to our new prime minister. Mr. Trudeau: Congratulations on your victory. But just remember that you gave Canadians a way to replace Stephen Harper. Canadians like myself don’t necessarily expect that you will fulfill every single policy promise. All that we ask is that you deliver on your promise of “real change”. 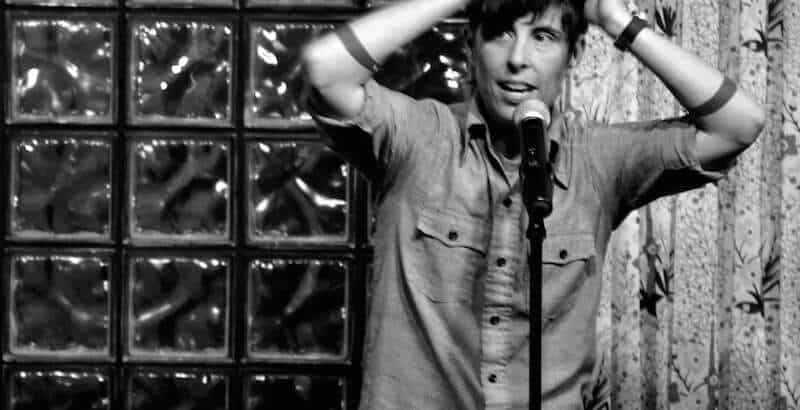 Not letting fear silence the heart
An interview with poet and activist Andrea Gibson. 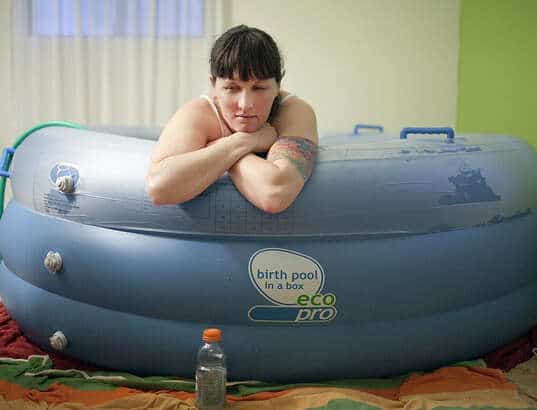 Why are we still waiting for midwifery legislation?
Despite years of promises, why are Newfoundlanders and Labradorians still among the last Canadians without it?