If we value our culture and heritage, why are we so bad at preserving it?

Quebec has always seemed like Newfoundland’s cooler, more punk rock older sibling. We both feel our culture is simultaneously unique and under threat. But Quebec makes more noise. Last Sunday, for example, hundreds of thousands of people took to the street to defend French CBC. Enraged that their right to “‘Dancing with the Stars’” en français might vanish, the streets of Montreal and Quebec were a colour co-ordinated culture riot.

Us? Not so much. Particularly when it comes to the architecture and urban spaces which make St. John’s so endearingly strange. Fort Amherst is sliding into the sea. Cochrane Street United Church will soon be good for firewood. The Courthouse is about to become a home for feral cats. The Harbour Fence? Don’t even start.

O’Brien’s Music Store went under, and what happened? The town held a cheery wake.

Which is why architect Reneé Daoust’s (from Daoust Lestage Architectes) lecture was such a gust of fresh air. Her exuberant and sometimes bombastic talk on Nov. 13 showed how a tiny design firm managed to revitalize a ghostly downtown neighbourhood of Montreal through sheer verve. With not much more than a cardboard model and some paper tissue trees, Daoust Lestage convinced the developers CDP to back their $90 million vision for the Quartier Internationale. The result was a billion dollar return on investment, a massive influx of new business, and the return of public life to some very beautiful public spaces.

By 1997 Montreal had a serious problem with urban decay and capital flight. The most obvious factor was the failed 1995 referendum. But less apparent and equally destructive were a series of mega-projects in the 1970s and 80s that had destroyed links between neighbouring commercial districts — imaginary lines which ran up the hill, to Chinatown, Ste Catherine, the Main, and up. The worst offender was the Ville Marie auto route, a six-lane concrete artery that cut off the Old Port from the rest of the city. The neighbourhood became a wasteland of highways, billboards, and grey office bunkers. Neo-classical gems like Bell Telephone building were orphaned between parking lots and electrical substations.

By taking their plan directly to the largest property owners in the neighbourhood, and asking them to present the proposal to the City, Daoust Lestage radically redefined the way that urban renewal is instigated. Not by wealth managers or philanthropists or even the City itself (as was the case with the Grandville Island re-development in Vancouver in the 1980s). But by designers.

In some ways their hand was forced. Montréal is not a city well known for transparency in municipal affairs. In the past year alone, two mayors have resigned due to allegations of systematic corruption stemming from revelations at the Charbonneau Commission. Kickbacks, monopolies, anti-competition agreements and the Mafia were all revealed to be a part of daily construction life in Montreal. SNC-Lavalin, the Quebec engineering giant, is in trouble as a result of charges against its executives, and the former head of the Montreal super-hospital, Arthur Porter, awaits extradition from a Panamanian jail for fraud. Or put another way, stealing from sick children.

It is not an easy city to build something in.

And yet, in the space of six years (six years!) Daoust Lestage managed to insert a new series of thoughtful, elegant parks, metro stations, public art pieces, gardens and underground tunnels into a city that desperately needed it. Daoust herself likens it to a type of corrective surgery. “I compare the work we did to a transplant. As in an organ transplant, rejection was possible.’’ It wasn’t. Instead, it was a resuscitation.

Perhaps the most impressive aspect of the entire renovation was the construction of the new CDP building itself, on Rue Viger. At 600,000 square feet, it’s one of the largest new office buildings in Canada. It also sits over a four lane highway and a subway line – in an earthquake zone. Still,3 somehow it manages to appear ephemeral, a light box with an evocative steel superstructure.

The Quartier Internationale was a successful revitalization project thanks to some conditions that only apply in Quebec — cheaper construction costs, deeper pockets, and access to a wider labour pool. But it was also the product of a deep seated belief that art and culture play a vital role in every aspect of lived life, including commerce.

To be fair, there have been various attempts at this in rural Newfoundland — the force that is Zita Cobb on Fogo Island, the Bonavista renaissance, and the various Southern Shore associations, to name a few.

But in St. John’s, we seem to be unable to see ourselves properly. Unable to remember that beautiful things and good design are the right of any citizen.

One worth making a bit of noise for. 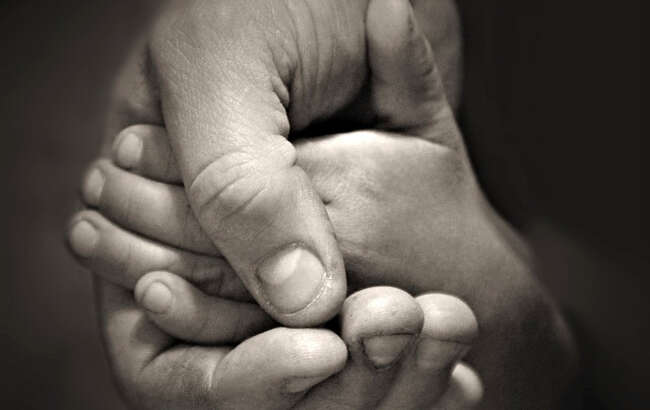 Blue sky, red light — a disturbance all right!
The discussion about group homes and staffed residential care in our communities ought to be focused on how to support them, not deny them 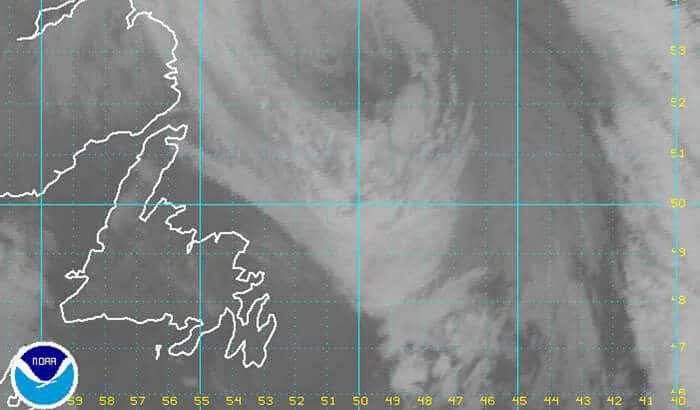