Let’s hear it for the girls

I don’t have a daughter. I would be terrified to have a daughter. It’s a daunting responsibility, helping a girl amass the armament of confidence and courage she will need to run the hyper-sexualized gauntlet of pop culture.

Media will get to your daughter very, very early. Her first idols will be underdressed and overly-made-up pop stars. It will be hard work for you as role model to go up against these behemoths.

The $4 billion dollar Disney Princess empire will probably grab her by age three. This is where I’d potentially begin to capital-R Ruin my daughter’s life.

She would come to me, her little face covered in jam, asking for princess stuff, and I would shatter her fantasy by explaining that Prince Charming doesn’t exist — not even as a metaphor — and that there is far more to life than looking pretty while singing songs with anthropomorphized clocks and rats.

Think about it: in a hundred years of advocating for women, our little girls just want to be princesses when they grow up. Is this progress? None of the forlorn, bored and lonely princesses they emulate have careers or are of healthy proportions or spend time evaluating their options when Princey-poo saunters in. What message is this sending?

Some would argue that I am over-thinking this; it is just little girl fantasy play and indulging is not harmful. I might have to agree. This is where I would become completely, shamefully conflicted as a parent-of-a-daughter. What about her friends, her age-set, the norm? How do you help a girl grow into a woman safely and in due time, without stifling her socialization? Without limiting her world to turtlenecks and band camp?

I really don’t know. Maybe I’d give in and buy my daughter every princess dress known to Walt. That’s why I’m terrified: it would be a constant conflict of values.

After the princesses would come hot-tubbing, drink-swizzling Bratz dolls. At age 9 or so, my daughter would want to be a hooker-vampire for Halloween, and I’d sew her something more appropriate, like a Mennonite costume. She’d cry for three hours and say she hated me and then her friends would show up at the door in their fishnets and hot-pants, and I would become The Worst Mother in the World.

She might even want some heels, at which point I’d cry out, “Hiking boots!”

In seventh grade we’d argue about push-up bras and three-inch skirts. She might even want some heels, at which point I’d cry out, “Hiking boots!” and next thing you know we’d be starring in a Mother/Daughter Scene in Le Chateau.

The biggest conflict of values: I’d encourage my (I remind you, non-existent) daughter to embrace her body with confidence and at the same time tell her to cover up so as not to invite the wrong kind of attention. Isn’t that essentially teaching her that her body is a liability? Wouldn’t that put me somewhere alongside the infamous Winnipeg judge who recently more or less blamed a young female victim of sexual assault for dressing provocatively, saying that “sex was in the air”?

Do parents have any control?

My motives as a mother would, of course, be protection from the pervs. But how much control does a parent have?

Inside sources in the teen world today confirm just how desensitized (and potentially brainwashed) average 12-year-olds have become. What goes on at junior high parties these days? Something called ‘the grind line’ and — wait for it — girls giving boys group oral sex as a party favour. Another huge reason I would be terrified.

All we knew growing up was 7 Minutes in Heaven, which, as I recall, was more like 6 minutes and 57 seconds of awkward hell in a broom closet before having a tongue redolent of Cool Ranch Doritos fleetingly shoved into your mouth.

As a daughterless mother of boys, I pledge to do my best to take the onus off the girls.

Our girls are getting the idea that being a woman is about being sexy. Until they have the neurological capacity to fully fathom the decisions they are making, our future women need parents to help them understand that actions have direct and indirect consequences. Parents must be unafraid to dialogue about ideas — theirs, ours, the media’s — of what it means to be a woman. If you don’t get there first, the Pussycat Dolls will.

Girls should be praised for their skills, not just their appearance. We need to help them get outside the “women need to be rescued” mentality and get them collecting bugs as well as shoes. They should be encouraged to get dirty, take risks, sweat and feel strong. They should be exposed to literature, art, sports, science, hobbies, culture, people and places that might foster in them a greater sense of self-awareness and self-respect.

It is too much to expect these little girls to carry the burden of responsibility alone. We adults are the marketers, the advertisers, the executives, the consumers with spending power, and — unfortunately — the pervs. We need to take a good look at our own collective values, the values we are passing on.

As a daughterless mother of boys, I pledge to do my best to take the onus off the girls; to instill in my sons as much respect for women as possible and to include them in the conversation about where feminism has come from and where it is going.

Girls, parents of girls: it isn’t easy. As we celebrate 100 years of women’s advocacy, I raise my terrified glass of sugar and spice in respect. 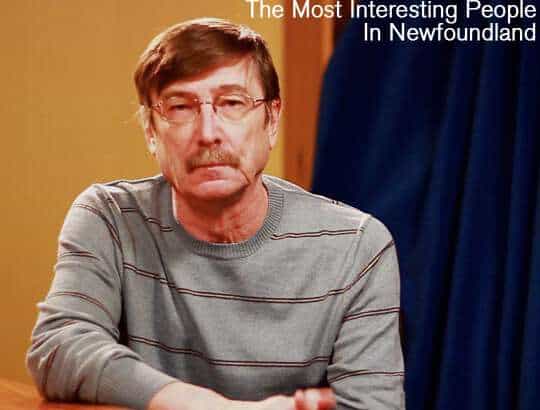 VIDEO: The most interesting people in Newfoundland | John Furlong
This week on TMIPIN, John Furlong steps away from 'The Broadcast' mic to sit down in front of our own Martin Connelly's mic 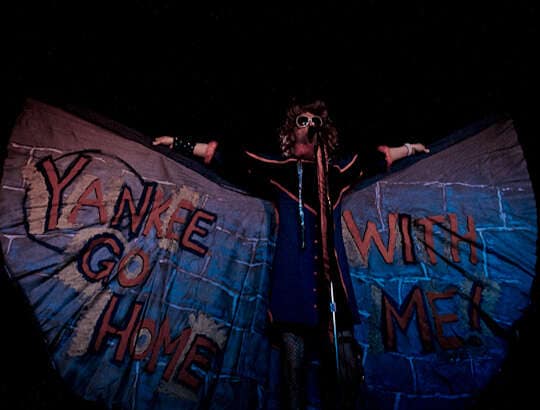 PHOTO: Dress rehearsal for Hedwig and the Angry Inch
Ian Vardy stopped down to The Rock House last night to snap some shots of a colourful dress rehearsal - here are his thoughts on…