“Human beings cannot be born with characteristics that may be unsuited to a particular place. Human beings are not cargo, nor collateral nor a Head Tax. Human beings shouldn’t be washed up on beaches trying to find a better life.”

I first became obsessed with refugee law and policy when my friend Mary came home from a semester studying in New York. We were both going to the MUN School of Music at that time, but that semester Mary had taken a series of courses in human rights and humanities. When she got back, she started talking about this one course she had taken about refugees. She talked about a book she had read several chapters from: Human Cargo. I asked if I could borrow it.

Then my life changed. I didn’t become an opera singer, I didn’t know what in the world to do but it had to involve refugees. I decided to try law school, writing a personal statement that was, little to my rural-Newfoundland, opera-singing knowledge, more about policy-making than practicing law. In any event, I got accepted to law school where I took a series of courses about human rights law and in particular focused on refugee law and policy.

The United Nations’ 1951 Refugee Convention defines a refugee as a person who “owing to a well-founded fear of being persecuted for reasons of race, religion, nationality, membership of a particular social group or political opinion, is outside the country of his nationality, and is unable to, or owing to such fear, is unwilling to avail himself of the protection of that country.”

The widely shared picture of a three-year-old boy dead on a beach is known to be a Syrian refugee, Alan Kurdi. This photo has clearly shaken even the sturdiest of souls.

[The photo] shatters justice, because we must be damn full of certitude that this little person’s sole crime was being born in the wrong place.

The Conservative immigration minister, Chris Alexander, was apparently quite moved in this, the “wake” of the Syrian Refugee Crisis. He has commended Canada’s immigration and refugee program to date, and has taken to blaming the Canadian Broadcasting Company for their laziness and apathy when it came to reporting on refugees, for failing to do their duty to make a better informed public.

I seethed when I watched him on a panel on the CBC blaming the public broadcasting company for this fault. I seethed with anger because I hate lies. I seethed with disbelief because the current government’s reign of rancid refugee law has been particularly cruel and unusual. I seethed with sadness that became so physical I felt it in my temples, behind my eyes, in my forehead. Somehow, somewhere, somebody told Alexander that it would be fine to blame someone else. They must have urged him: “Scapegoat. It’s fine. Don’t worry. Be sad, but you don’t actually need to take the blame.”

The refugee situation in Syria is not now in its “wake”. Waves have wakes, that you lazily roll around in after you’ve swam through the break and the crashing water. A crisis that is marked by 4,000,000 refugees presently known to the United Nations is not in its “wake”. It is a catastrophe. This is not the new outcome of a wave that crashed and broke. The world is up in flames. There is nothing new about this.

In 2012 I wrote a paper for my Immigration and Refugee Law Class about the then-new refugee legislation, Bill C-51, which received royal assent in June of that year. The legislation, Protecting Canada’s Immigration System Act, appeared to breach the Charter of Rights and Freedoms as well as the United Nations’ 1951 Refugee Convention.

Under that Convention, Canada, as a signatory, has agreed to non-refoulement, or the promise to not return a person in need of protection to his or her persecutor.

The legislation made lawful detention that was by all accounts arbitrary and thus contrary to the Charter, arising on account of a person being a refugee and arriving in a large group. Secondly, the detention was so excessively long that it became unrealistic and likely tortuous for a refugee to stay in Canada long enough to get status.

Most refugee claimants can only afford one person’s passage at a time, and the lucky claimant is usually the father of the family. Is that person really going to stay in Canada for six months before even having a second review of his detention, when he has a family to protect? What if he’s gone for so long they believe he has abandoned them? Or worse, so long that they perish from the very cause from which they were trying to escape in the first place.

These kinds of pressures seem likely to convince a refugee he would be better off returning to the place of his prosecutors. Et voila! Refoulement disguised as non-refoulemenet.

To now hear a conservative immigration minister opine that the real failure here is that of the CBC is offensive.

We’re citizens in a country with a government that at least appears to hate refugees — provided they’re not dead.

In 1907, the landing of Japanese immigrants in Canada was limited to 400 per year. In 1910, the Immigration Act was amended to prohibit the landing of immigration “belonging to any race deemed unsuited to the climate or requirements of Canada, or of immigrants of any specified class, occupation or character”.

Between 1914 and 1920, only one Indian was admitted to Canada as an immigrant.

That all looks quite grim doesn’t it? Well, today, we have a government that skirts around non-refoulement and blames the media for our lack of awareness.

We have a minister standing up at long last and saying there is an issue — but the truth is this: no matter how tragically, endlessly sad that photo may be, it is not the origins, nor the end, of this crisis. We’re citizens in a country with a government that at least appears to hate refugees — provided they’re not dead. Our crisis is as old as confederation itself.

Human beings cannot be born with characteristics that may be unsuited to a particular place. Human beings are not cargo, nor collateral nor a Head Tax. Human beings shouldn’t be washed up on beaches trying to find a better life. How can we fix it?

A good start will be on Oct. 19, when we can vote for leaders that treat all humans like the important, equal beings that they are.

You can join the cause by making a donation to the United Nations High Commissioner for Refugees (UNHCR) by clicking here. Click here for more information about the UNHCR and the work it is doing.

An earlier version of this article was published on the author’s blog, here, on Sept. 3, 2015. 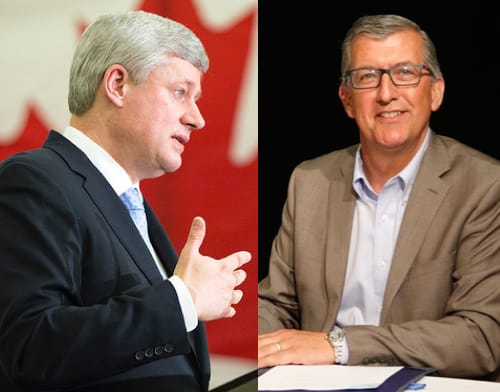 A tale of two Tories
Opposites attract, except when you're Conservative leaders speaking out on the role of public servants in politics. 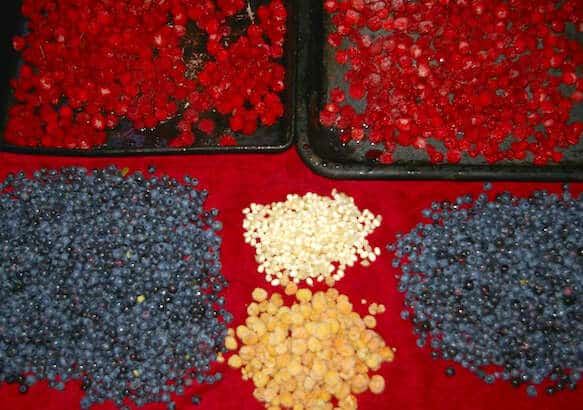 Why local?
‘Eat local’ has become a bit of a buzzword over the past few years here in Newfoundland, yet we still import over 90 per cent…