“Where’s the money coming from?”

That’s the question thrown at any individual or group seeking increased funding for health care, education, child care, or public pensions – and, most urgently, for the elimination or at least sharp reduction of the disgracefully high rates of poverty in Canada.

The presumption underlying this question is that the federal government is short of cash because the Canadian economy is unable to generate enough tax revenue to support an improved social security system.

The facts and figures disprove this fallacious supposition.

Canada’s gross domestic product (GDP) in 2016, as calculated on a per capita basis by the CIA World Factbook, was $46,200 in U.S. currency for every man, woman and child in the country. That’s about the same as Denmark’s, but higher than the per capita GDP of the United Kingdom, France, Belgium, Finland, Spain, Portugal, Italy, Russia, Japan, and many other countries. Significantly higher, as well, than the European average of $39,200.

Canadian governments back in the 1960s and ‘70s never asked where the money was coming from when they launched our public health care system, the Canada Pension Plan, unemployment insurance, and other social programs. These programs were at their peak in 1975, when the country’s per capita GDP was just $7,489.94.

Making historical comparisons is complicated by having to take the effects of inflation, exchange rates, and other variable factors into account; but it’s safe to infer that the per capita income generated by Canada’s economy today – in constant U.S. dollars – is almost as twice as high as it was in the 1970s.

Why, then, are we still being told by our political leaders that Canada cannot afford to enhance or even maintain the social benefits we somehow managed to fund with far less national income four decades ago?

Could it be because our governments’ financial priorities have been callously diverted from serving all the people to serving a wealthy and powerful elite?

Per capita GDP up, social spending down

It’s surely no coincidence that, as Canada’s per capita GDP has soared, its rate of social spending has declined to just 17.2 percent of GDP. That puts Canada 24th among the OECD’s 34 member countries, far behind France’s 31.5 percent, Finland’s 31 percent, Belgium’s 29 percent, Denmark’s 28.7 percent, and the 27 percent spent by Sweden, Austria, Italy and Greece—even, believe it or not, behind the U.S. rate of 19.3 percent of GDP.

Clearly the cause of Canada’s purported “shortage” of funds for social spending does not derive from a revenue shortfall, but from a heartless maldistribution of revenue. The decision to tolerate inexcusably steep rates of poverty and homelessness; the refusal to expand medicare to cover drugs, dental and vision care; to provide cost-free child care and tuition-free higher education; to improve public pensions and other social programs—all these decisions have been matters of choice, not necessity.

Most countries in Europe have chosen to maintain their social spending at levels that enable them to provide their citizens with far superior social and economic benefits. That Canada has failed to do so is both financially and morally reprehensible.

But that taunting “where’s the money coming from?” question still suffices to mislead most Canadians. They remain unaware that both Conservative and Liberal federal governments have deliberately kept their spendable revenue many billions of dollars lower than it would have been without the massive corporate tax cuts and business subsidies they have implemented, and the billions in tax haven lucre they have left untaxed.

The net federal corporate tax rate has been slashed from 28 percent in 2000 to 15% today, so that corporate income taxes now constitute less than one-seventh of federal tax revenue, compared to the nearly 50 percent coming from personal taxpayers.

Here are some more pertinent questions:

Where does the money come from when the federal government provides nearly $2 billion annually in subsidies to the big oil companies and another $12 billion a year to other large corporations?

Where does the money come from when the federal government spends $4.5 billion to purchase an uncompleted private oil pipeline and commits another $6.4 billion to construct the additional link?

Where does the money come from when the federal government has to allocate $3 billion or more over the next five years to “fix” the Phoenix pay system mess caused by government incompetence?

Where does the money come from when the federal government every year has to pay the private banks over $24 billion in interest that could mostly have been avoided by borrowing virtually debt-free instead from the Bank of Canada, as the government did for 35 years prior to 1974? (That’s when major projects such as the Trans-Canada Highway and the St. Lawrence Seaway were built without incurring the billions in debt that would otherwise have piled up from private bank borrowing.)

So the answer to the recurring “where’s the money coming from?” question is that it comes mainly from Canada’s working people. Millions of low-income tax payers are being denied better social and economic conditions because their governments have misspent their tax payments while reducing tax rates for the rich. That’s what gives our political leaders the contrived excuse that they can’t afford further social spending.

How much larger would the contents of their financial coffers be if they maintained an honest and equitable tax system? If they fairly taxed wealthy individuals and profitable corporations? If they stopped lavishing corporations with tax exemptions and subsidies? If they imposed and collected taxes on the enormous amounts of money stashed in foreign tax havens? (The tax haven haul alone would increase federal revenue by at least $10 billion a year – and by as much as $47 billion, according to Conference Board of Canada estimates.)

A federal government truly committed to serving the public interest instead of powerful corporations and the wealthy elite would stop depriving itself of the much greater financial assets it could legitimately acquire.

It would ramp up its social spending to the much higher levels attained by 23 other OECD member countries.

It would expand Canada’s public health care system to include pharmacare, dental, and vision coverage.

Above all else, it would make an iron-clad commitment to eliminate Canada’s appallingly steep rate of poverty—especially child poverty. A country in which 1.2 million children—one in seven—are poverty-stricken, many undernourished and skimpily cared for, is not a country that can credibly claim to be among the world’s best. Neither can a country which is ranked among the lowest by UNICEF for its inadequate early child-care services.

Realistically, however, what are the chances of the current federal government, or the one to be elected or re-elected next year, deciding to abandon neoliberalism and adopt the social democratic policies and priorities prevalent in so many European countries? I doubt if many (or any) of my readers would lay serious odds on it.

Shortly before Canada Day, when many people were celebrating their life in this country, I read a newspaper story that referred to Toronto as the “child poverty capital of Canada.” That was because so many of its children—26.3 percent of them—were living in families whose incomes fell significantly below the poverty line. (Defined by Statistics Canada as $44,266 for a four-person household.)

An interesting sidebar informed me that the poorest of these Toronto enclaves—one with a staggering 40 percent of its children in poverty—was the riding of multi-millionaire federal Finance Minister Bill Morneau. No doubt most of the parents in this riding voted for Morneau in the hope that he would at least make some effort to alleviate their distress; but instead, since the 2015 election, their destitution has worsened.

I don’t know if Morneau is concerned about representing voters in the poorest riding in Ontario, and one of poorest in the country. But, even if he were, he couldn’t do much about helping them on his own. He’s the finance minister of a neoliberal government that seems just as dedicated to the rich getting richer and the poor getting poorer as was the previous Harper government. Certainly, its feeble additional social spending will make hardly a dent in the disgraceful level of child poverty and inadequate child care.

Unless Morneau’s cabinet colleagues and most of the Liberal caucus abruptly decide to abandon neoliberalism and start implementing the progressive reforms I’ve outlined above, the stressful living conditions in many of Canada’s lower-class households are not going to improve any time soon.

I hasten to add that the last thing I want is to dampen the optimistic resolve that social and political activists have mustered in their ongoing campaign for truly progressive governance. Their commitment to persuading candidates in future elections to embrace urgently needed social democratic reforms is commendable and must be continued. They certainly haven’t lost hope, and I assure them that, despite my somewhat gloomy closing paragraphs, neither have I. 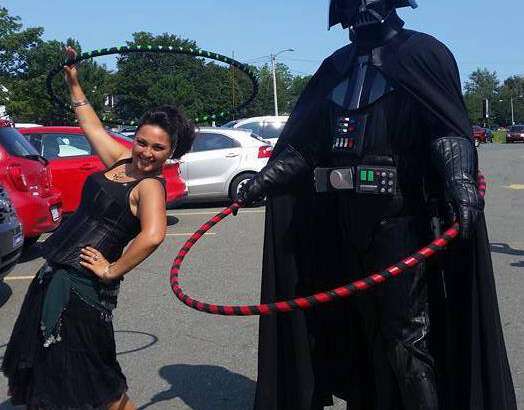 This youth circus program is about teaching kids to be more brave, not less afraid 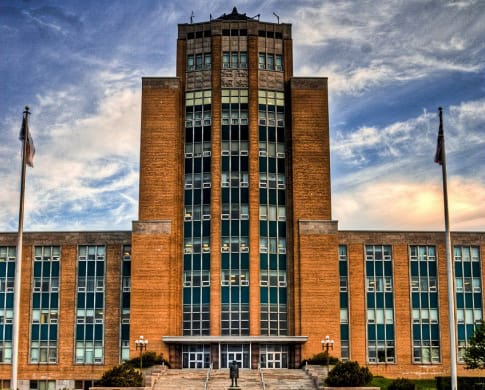